The retail scene of the 21st century is characterized by the explosion of digital platforms for on-line shopping.

The story of retail begins with the early bartering systems of itinerant vendors and artisans in the open-air marketplaces and bazaars of antiquity. These early forays into commercial life paved the way to the merchant trade of public fairs and market squares of medieval Europe and by the 17th century, to the retail innovation of the permanent shop. Initially, family-owned and dispensing general merchandise, these shops gradually morphed, over the course of the 17th and 18th centuries, into the modern store with its trappings of decorative interiors, glass shopfronts, and wide-ranging displays.

Amidst urban development and the growth of specialized shops across metropolitan centers, elegant shopping galleries or arcades surfaced in the 19th century. Gas-lit and heated, these covered passages provided shelter from the elements and enabled passersby to browse and shop in comfort amid an array of chic boutiques, art collectors, cafés, tearooms, and confectioneries.

In the mid to late 19th century, a mix of urbanization, industrialization and mass transportation gave rise to a new commercial force and entity in the retail landscape, the department store. This large-scale novelty shop flourished due to its competitive offering of a wide assortment of merchandise, its personalized service, and its ambiance of entertainment and leisure. 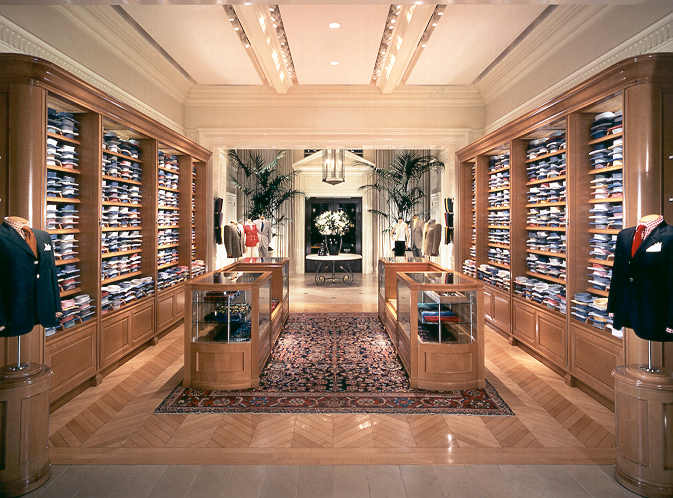 In the post-war period of the 20th century, modern-day shopping centres sprouted across North American cities and suburbs. The open-air and enclosed building typologies soon spread to all continents, expanding business horizons for retailers and revitalizing community life.

In the late 20th century, retailers extended their points of sale and customer base by launching yet another retail format, the shop-in-shop.  From the late ‘80s to the mid ‘00s, top-end retailers sought small, but prime spaces within department stores for creating a shop exclusive to their brand. These retailers engaged in roll-out programs for building shop-in-shops in nearly all major department stores across the country, with corresponding flagship stores in select locations to maximize brand value and presence. 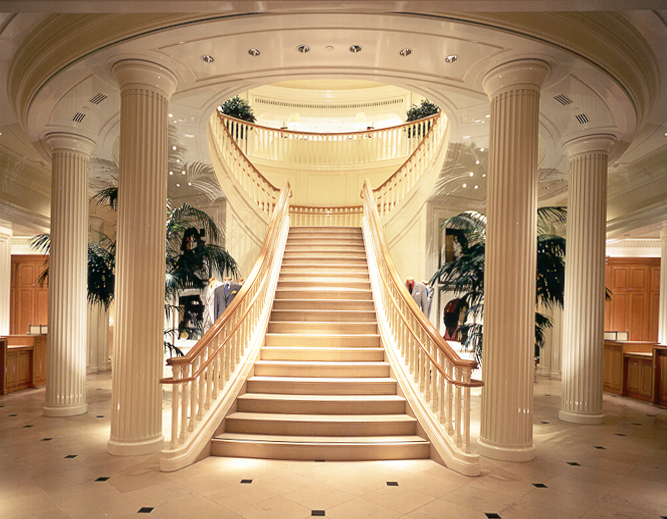 During this time, SAJO proved to be an industry leader in its roll-out capability. Among other well-known brands, SAJO undertook the full management and delivery of Tommy Hilfiger’s (TH) roll-out program within some forty department store chains, in more than 1,000 locations per year, across the United States. Apart from providing customized fixture production and high-quality product displays, SAJO became recognized for its lean, expeditious and wide-scale procurement, logistics, delivery, and installation capability. In parallel to its roll-out undertaking, SAJO built Tommy Hilfiger’s flagship stores in London’s Bond Street and L.A.’s Rodeo Drive. While large-scale roll-out programs ceased around the time of the economic downturn of 2008, luxury brands revived their flagship presence in the malls and shopping centres of affluent neighborhoods, in the ensuing decade and beyond. During that same period, open-air outlet malls and upscalelifestyle centres became popular shopping alternatives for the avid consumer. 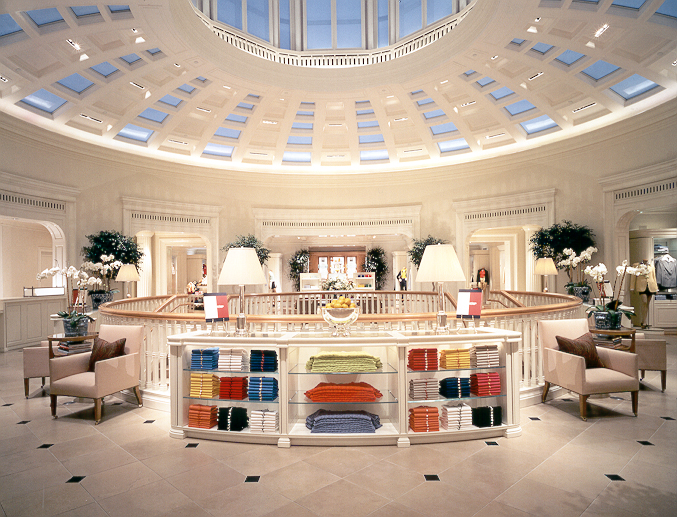 The retail scene of the 21st century is characterized by the explosion of digital platforms for on-line shopping. Rather than supplanting brick-and-mortar, retailers have opted for an omnichannel presence, incorporating on-line customer sales into their off-line business strategy.

In retrospect, the history of retail is an evolutionary tale of marketing practices, shopping venues and digital platforms designed to captivate consumer interest, enhance customer experience, and optimize product purchase. The myriad of retail formats which have surfaced over the years, on a global scale, indubitably culminate in a consumerist culture where enticement and allure prevail.