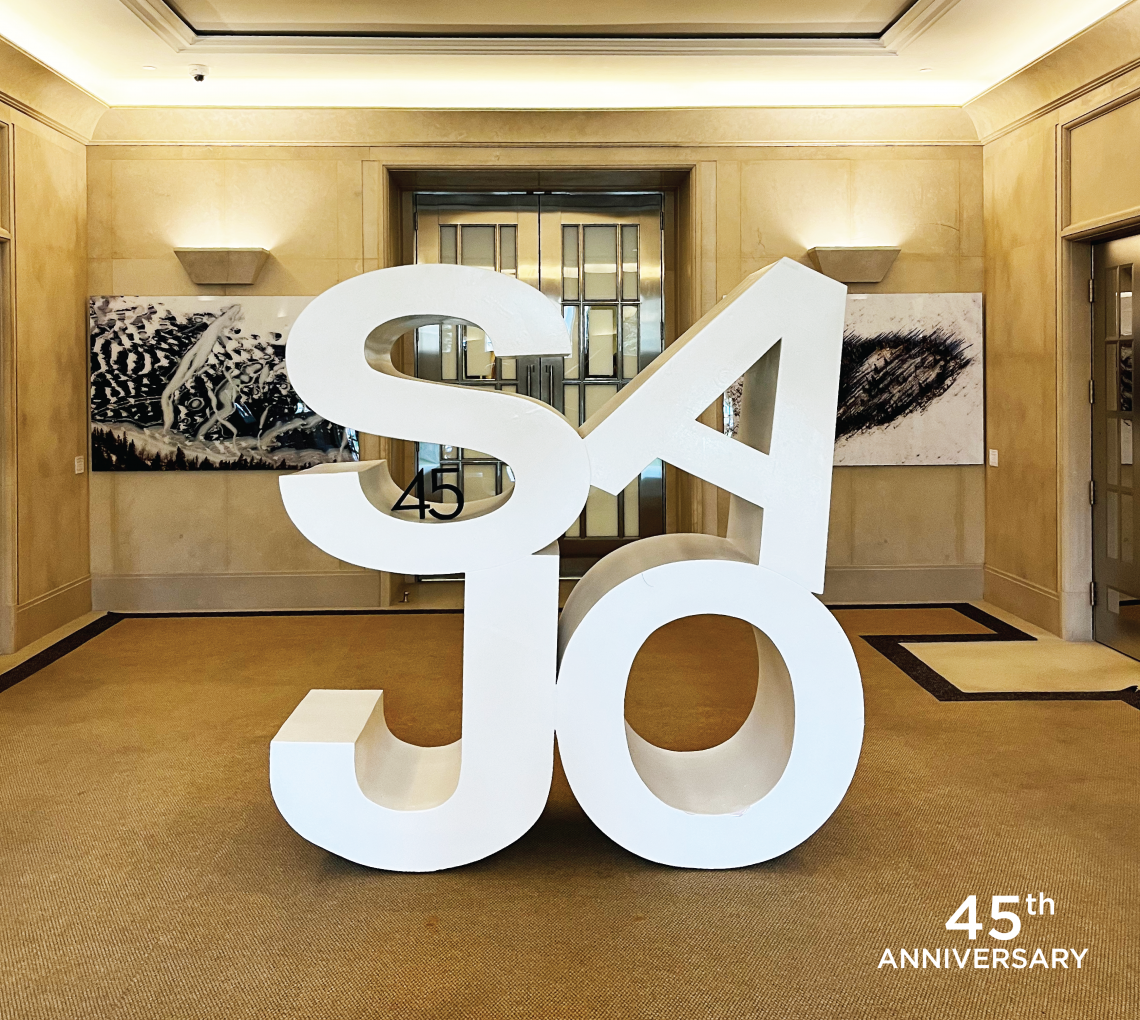 Since SAJO began operations in 1977, the only constant throughout its 45-year history, has been change.

Having spanned almost half a century, SAJO’s LOGOS have gone through several iterations – six to be exact. From the first to the last (both pictured below with some “in between” LOGOS), all were created with each year’s design preferences foremost in mind.  The initial LOGO was designed in a printing house, but subsequent ones were created by carefully selected graphic designers, whose compositions reflect the changing aesthetics of our time. The classic simplicity of our most recent LOGO mirrors our current design standards.

SAJO began its operations in a rented room on the second floor of a Montreal office building with a minimal staff. Within a few months, a rapid and sudden burst of business required occupancy of the building’s entire 2nd floor. Some time thereafter, SAJO bought land across the street from the rented property to construct its own office building, the completion of which was realized in October of 1984, with 1212 de Louvain as the new SAJO head office address. Years later, the acquisition of a  large three-floor flagship building, located at 1320 Graham in the Montreal suburb of Town of Mont Royal, was made. By 2002, following extensive, high-end renovations, all SAJO staff was relocated to the new headquarters which remains our home to this day!

SAJO’s growth is not limited to its expansion in Montreal. Today its operational presence extends to offices in Miami, London, and Milan, as well as several smaller satellite offices in various locations throughout North America. 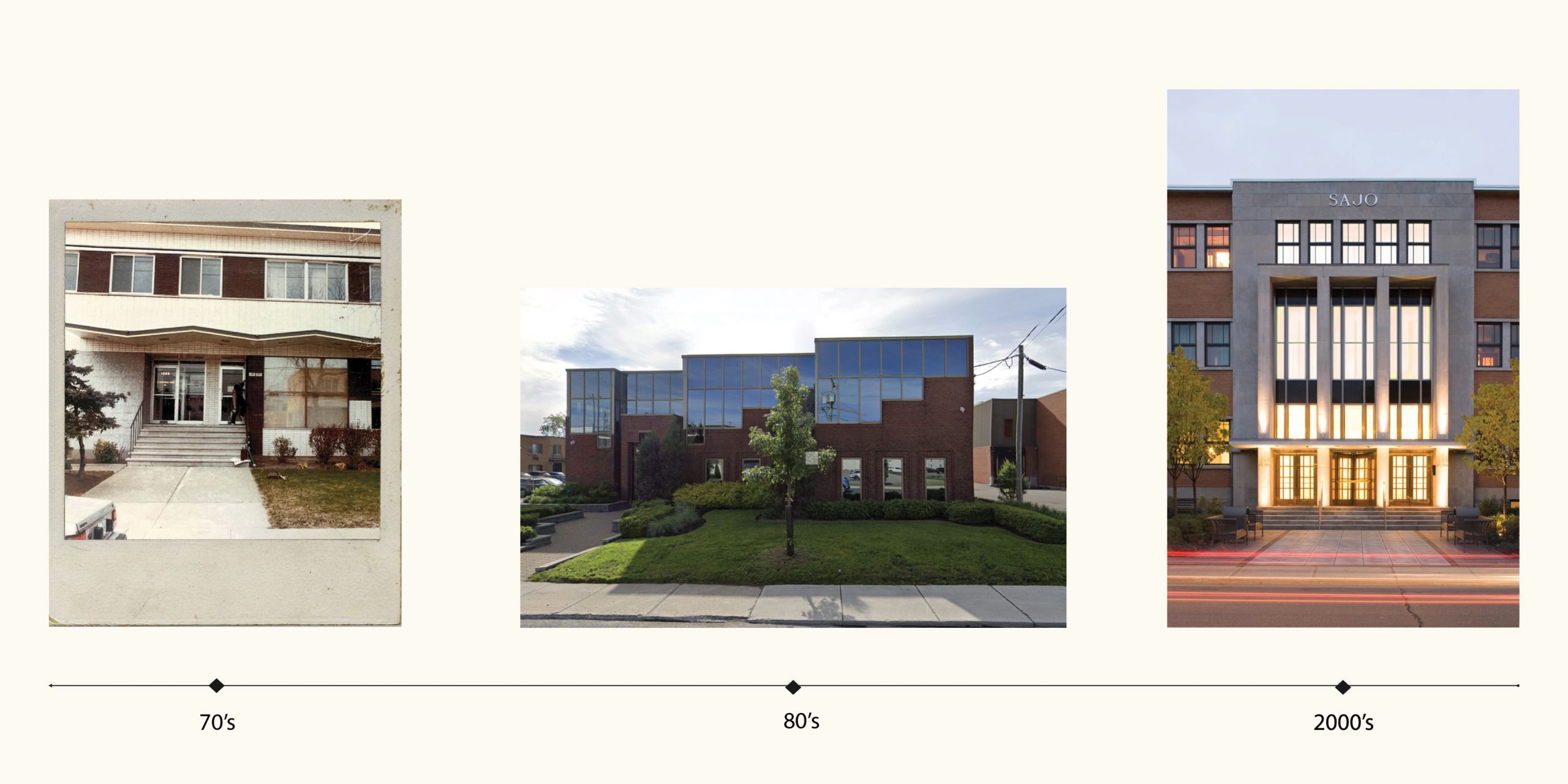 Since its beginnings, the most significant change in SAJO’s business operations is undoubtedly the technological innovations, which have steadily been incorporated into its daily operational processes. The advances in technology over the last 45 years, have perhaps been more rapid and transformative than at any other time in history. Looking back to 1977, typewriters and adding machines were commonplace and computer use was in its infancy. Today’s global internet access and computer automation, along with the remarkable advances in cell phone technology have revolutionized the quality and speed of daily operations. The further development of cloud-based technology, facilitating client interface and overall efficiency, has become an inherent part of management strategy and a game changer!  Staff is now able to work from home on laptops and conduct meetings online as well as communicate through the myriad of practical cell phone functions and cloud-based tools.  All these transformative paradigm shifts in technology were inconceivable at the time when SAJO first opened its doors.

Over its 45-year history, SAJO’s success largely resides in its ability to embrace change and adapt to the times!