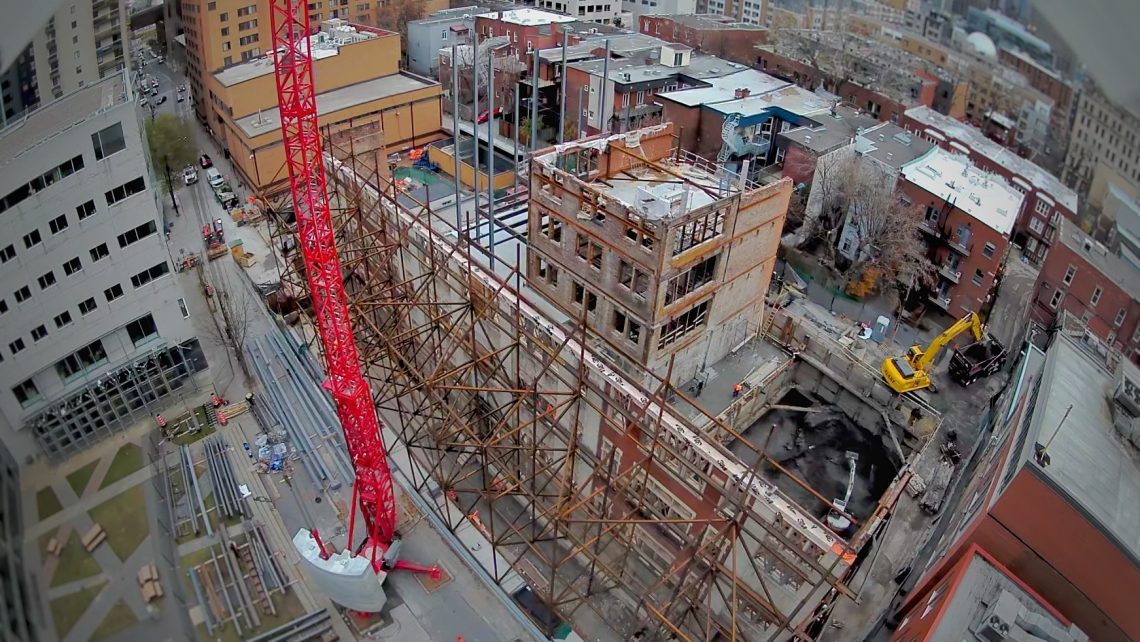 SAJO is proud to be launching and managing the full reconstruction of Pavillon Sanguinet, a heritage building in Quebec’s architectural patrimony. Erected in 1910 in neo-Tudor style, the pavilion is to house Espace Lab, the innovation and research center of UQAM’s École des Sciences de la gestion (ESG).

L’Université du Québec à Montréal (UQAM) was founded in 1969 by the government of Québec to extend higher education opportunities for its francophone student and adult populations.

As one of Montreal’s two French-language public universities, UQAM is an urban university located in two of Montreal’s liveliest downtown districts, the Quartier Latin and the Quartier des Spectacles. Apart from its other campuses within the Montreal metropolitan area, the Université du Québec system comprises an extended network of regional campuses, each bearing the name of its respective locality: Trois-Rivières (UQTR), Chicoutimi (UQAC), Rimouski (UQAR), Outaouais (UQO), and Abitibi-Témiscamingue (UQAT). 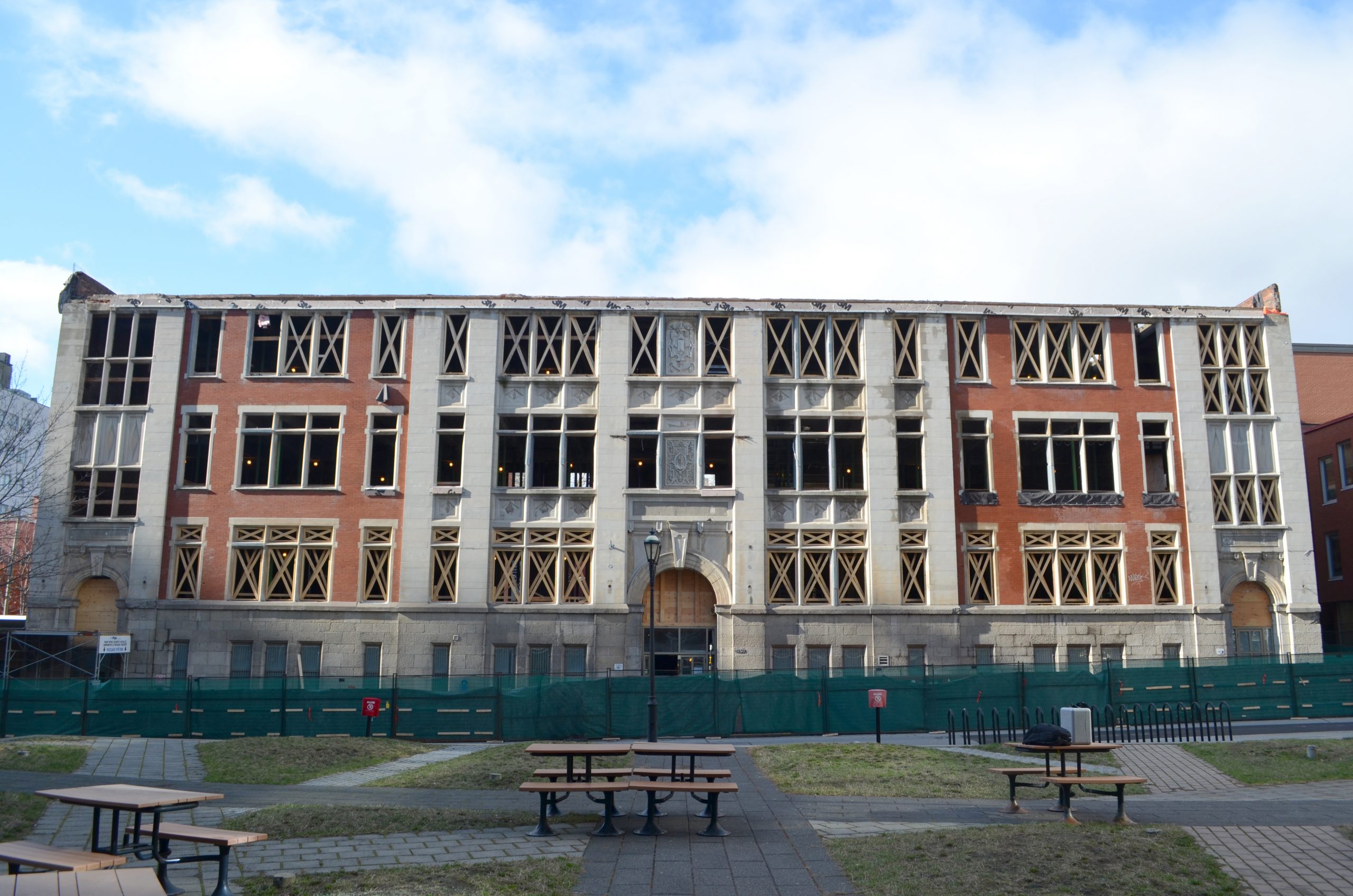 Other constituent bodies of the system, also founded in 1969, are the prestigious Institut national de la recherche scientifique (INRS) as well as l’École nationale d’administration publique (ENAP). The École de technologie supérieure (ÉTS), constituted in 1974, ranks first in Québec and second in Canada for the total number of engineering diplomas awarded annually. UQAM welcomes well over 40,000 students per year, of which 4,000 are foreign students originating from 95 countries. In addition, Université TÉLUQ is the distance learning university, which offers both undergraduate and graduate programs to over 20,000 students.

UQAM’s international prominence has grown over the years. L’Institut d’études internationales de Montréal (IEIM) created in 2002, has affirmed the university’s research status through its nineteen chairs and research centers. In addition, the university’s School of Management, l’École des Sciences de la gestion (ESG UQAM) ranks among the world’s best business schools with an enrollment of three thousand students from eighty countries. ESG UQAM is widely recognized for its vast network of international partnerships across all continents, its student exchange programs, as well as its diverse research expertise disseminated through its forty research units and collaborative undertakings. 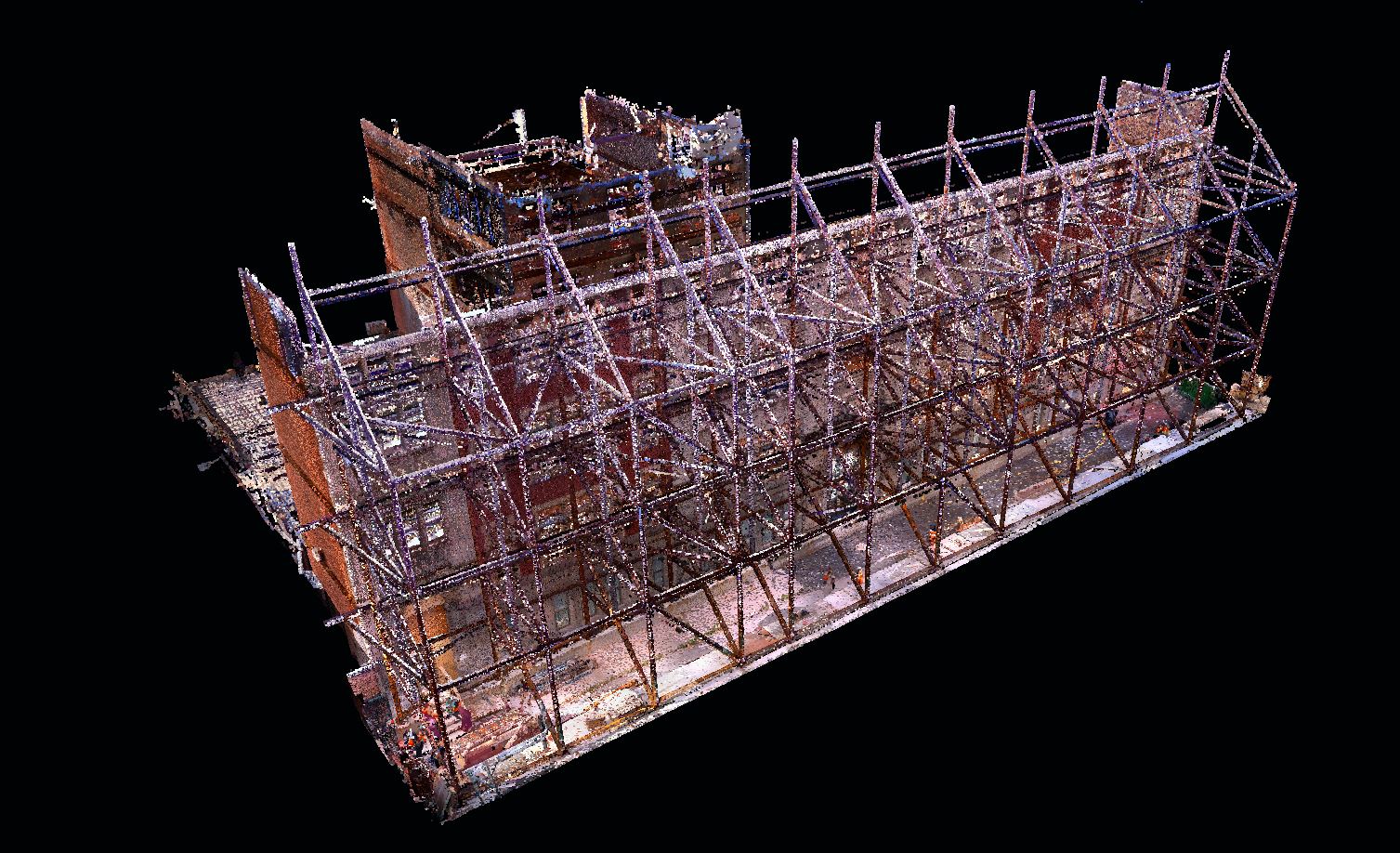 SAJO is proud to be launching and managing the full reconstruction of Pavillon Sanguinet, a heritage building in Quebec’s architectural patrimony. Erected in 1910 in neo-Tudor style, the pavilion is to house Espace Lab, the innovation and research center of UQAM’s École des Sciences de la gestion (ESG). 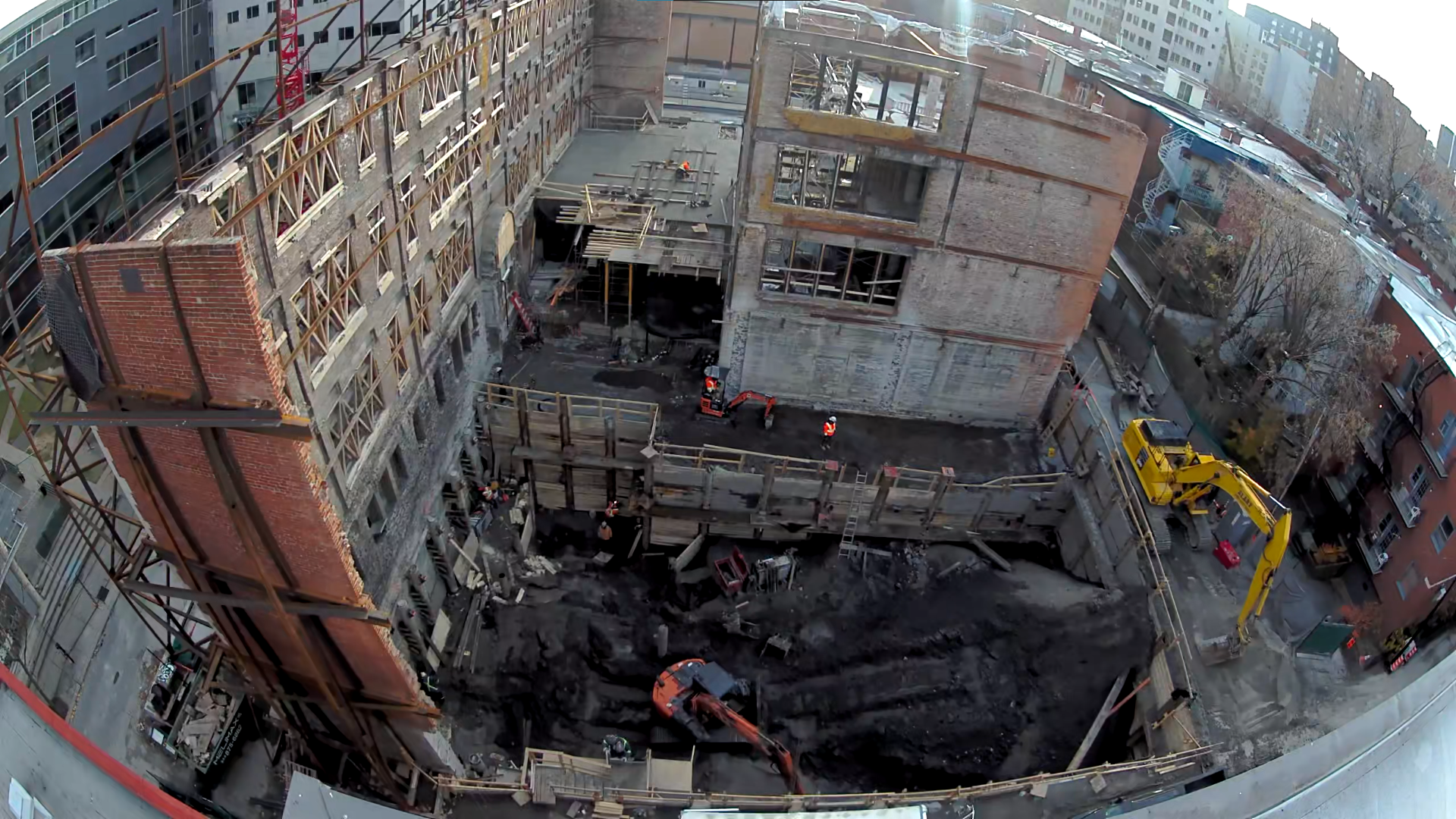 The public works project spans from November 2020 to October 2022. While the historic façade of the pavilion and its architectural features are preserved, demolition of the remainder of the edifice is required to allow for maximal enlargement of the restrictive urban space. The installation of precautionary technical measures was necessary to circumvent hazardous conditions or support fragile structures. The design and engineering of the fragile structure support system proved to be so robust that repeated monthly LiDAR scans demonstrated movement of no more than 6 mm along the façade. The new pavilion, erected from the ground up, is to be structured around six floors and a new basement area. The latter requires the incorporation of a passageway to allow for future construction of a tunnel, which will serve to interconnect university pavilions. Restoration of the original brick and a high-end interior finish will serve to preserve the historical and architectural origins of the new pavilion and conserve its patrimonial distinction.

The new edifice, with its more than 78,000 square feet will include a rooftop terrasse and an array of classrooms, collaborative workspaces, and cutting-edge laboratories. The newly designed and constructed Espace Lab will unequivocally contribute to ESG UQAM’s influence and leadership on the business scene, both nationally and internationally.