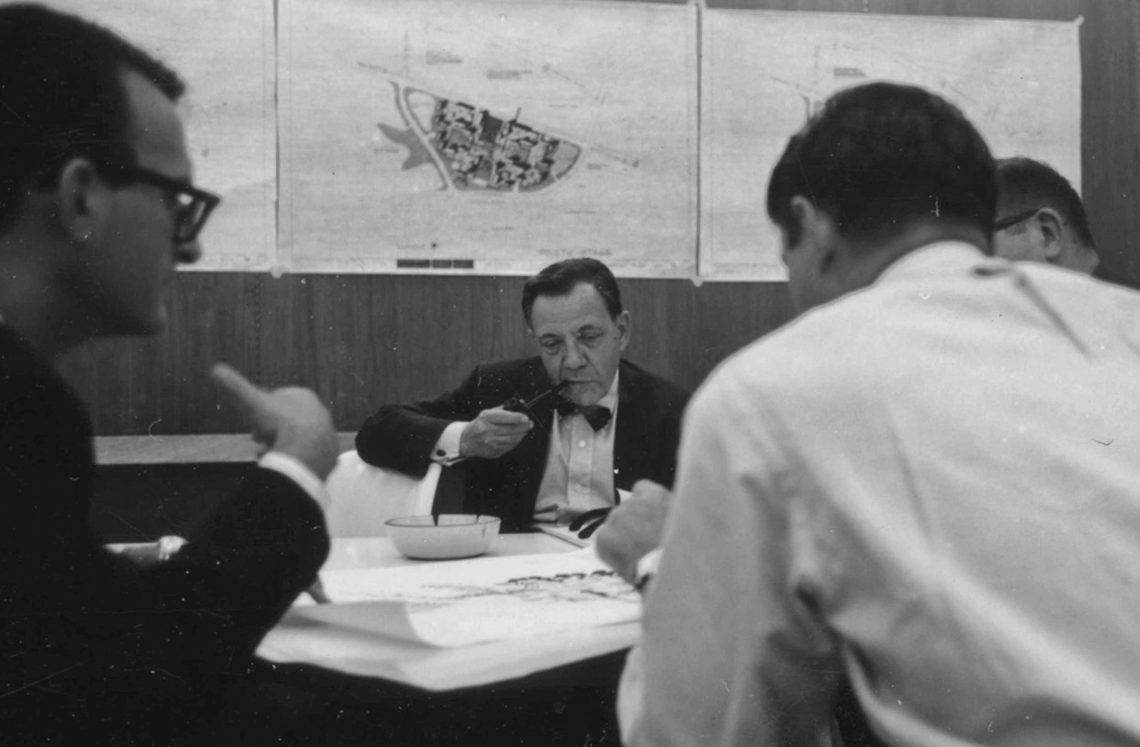 “Victor Gruen, a Pioneer of Mall Architecture Across North America”

SAJO is proud to have built many stores within Victor Gruen shopping malls in recent history, such as Apple at Cherry Hill Mall, NJ (2020) and Golden Goose at South Coast Plaza, CA (2019). His vision changed the suburban landscape and our consumer culture over the latter half of the 20th century.

The present-day, open-air shopping centre or enclosed shopping mall, with its concentration of retail spaces and connecting pedestrian walkways, is the brainchild of Austrian born American architect and urban planner, Victor Gruen. As one of the most influential and intriguing architects of the 20th century, Victor Gruen’s innovative building typology of the post-war era transformed the architecture of commercial space and dramatically shaped the retail landscape of American life. Gruen’s visionary shopping complexes took root in American culture, sprouting in over two-hundred cities and suburbs and proliferating to other continents.

Victor Gruen’s personal life sheds light on the circumstances and forces which shaped his architectural designs and intellectual stance. Born in 1903, in the heart of old Vienna and raised in a Jewish upper middle-class family, Gruen emigrated to the United States in 1938, at the age of 35, in the aftermath of Germany’s annexation of Austria.

The years spent in Vienna had been steeped in the vibrant cultural, social, and political life of the city. Gruen was committed to socialist philosophy and politics, was passionate about cabaret theatre and political satire, and was imbued with the modernist ideology exuded by such influential Austrian figures as Gustav Klimt, Gustav Mahler, Sigmund Freud, and the architect Adolf Loos, among others.

After studying architecture at the Vienna Academy of Fine Arts, where the modernist German architect, Peter Behrens, taught, Gruen undertook social housing projects, and a string of apartment renovations, until being commissioned, in 1936, to design upscale retail stores in Vienna’s posh Ringstrasse shopping district. The latter attracted the praise of local and foreign reporters, for their innovative shopfronts and spacious interiors.

Gruen arrived in New York at a time when American architecture was moving away from classicism towards European modernism. The 1930’s influx of German refugee architects and designers, such as Mies van der Rohe, Walter Gropius, and Marcel Breuer changed the course of American architectural design. 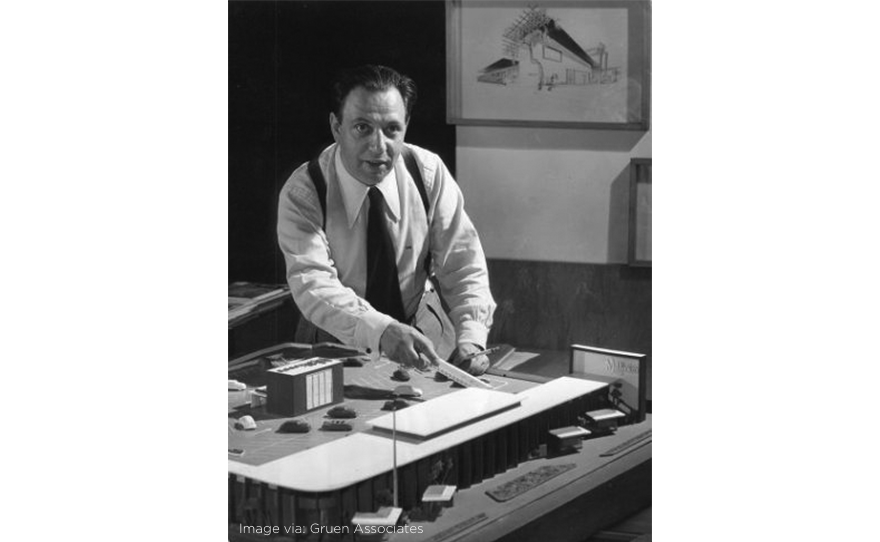 Within two years of arriving in New York, Gruen was hired to work in the 1939 World’s Fair futuristic exhibitions and subsequently to design Fifth Avenue stores for prestigious retailers. At a time when retail design was an emerging though denigrated field in America, Gruen earned critical acclaim for his avant-garde store layouts, unique shopfronts, original materials, and theatrical lighting. Based on his consumer theory that interiors must dazzle and entertain to stimulate shoppers and the economy, Gruen’s signature style was to intertwine art and beauty with commercialism and capture the European allure and Viennese urbanity, to which he was so attached.

With his move to Los Angeles in 1941, Gruen’s retail architectural practice extended to the design of specialized store chains and department stores, earning him national recognition. Foremost among these, was Gruen’s first department store, Milliron’s, which opened in 1949 in the LA suburb of Westchester. It proved to be a resounding success with its dramatic rooftop parking and all-glass restaurant and was the precursor of the large-scale shopping center prototype Gruen had been developing since the early 1940’s.

For over a decade, his shopping center designs were not implemented, deemed far too costly, grandiose, and impractical. It was not until 1954 that Gruen finally realized the construction of a full-fledged regional shopping centre that attracted wide publicity and was lauded as a shopper’s paradise. Northland Shopping Center, located in Southfield, a northern suburb of Detroit, was the first open-air shopping center built by Gruen and Associates, the firm he established in 1951. With its one million square feet of retail stores, over 8,000 parking spaces and vast array of terraces, fountains, sculptures, courts, restaurants, public amenities, and pedestrian lanes, its size and modern configuration were impressive. 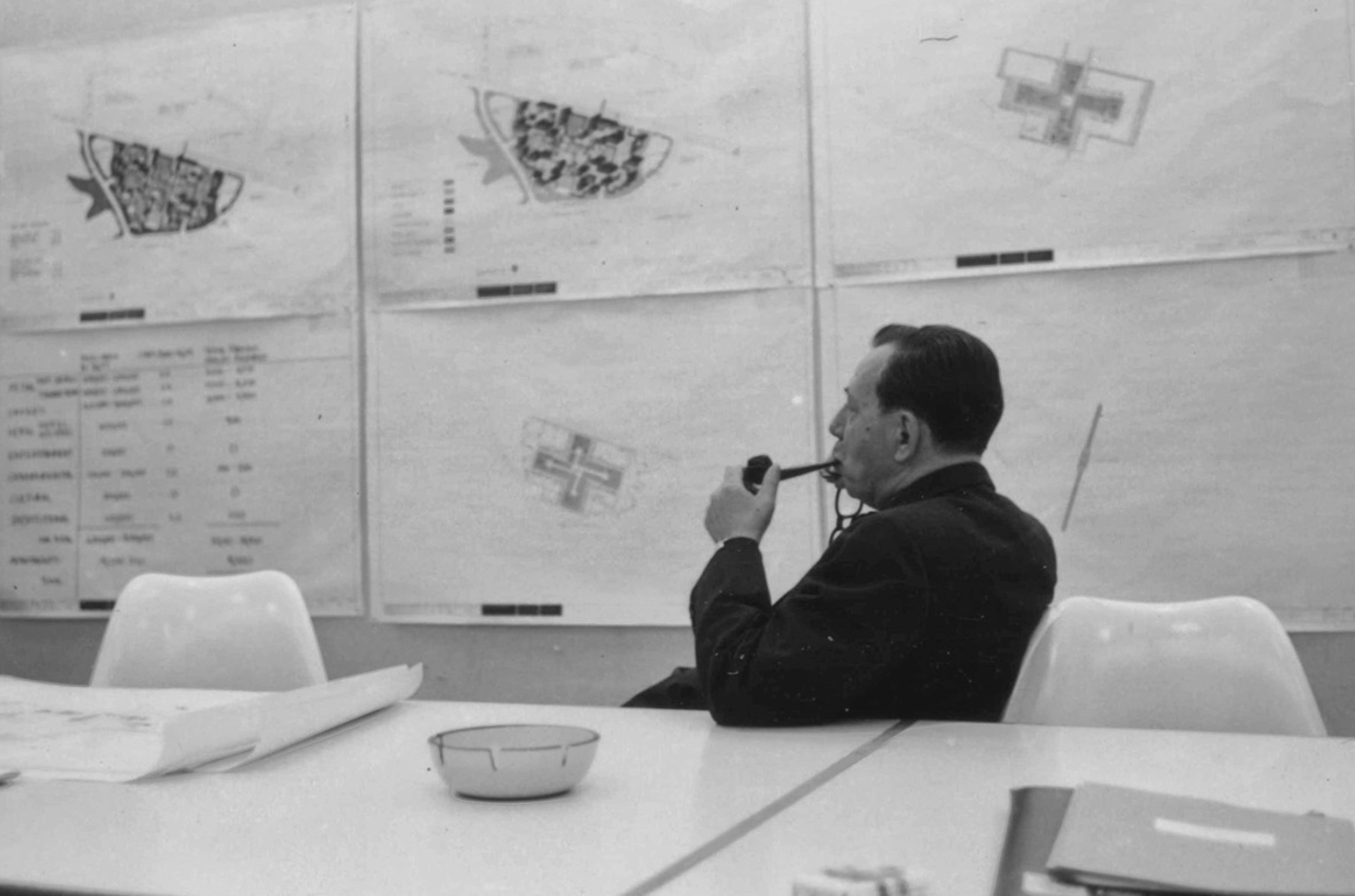 However, it was Gruen’s design of America’s first fully enclosed shopping center or mall which was his crowning achievement. Southdale Center, located in the Minneapolis suburb of Edina, cemented his reputation as America’s foremost shopping center architect. Its opening in 1956 attracted flocks of visitors and unending adulation from journalists. Southdale was especially famous for its immense central garden courtyard where retail was integrated with an array of art forms and colorful entertainment, in a surround of natural light, birdcages, and eucalyptus trees. As intended, the exuberant atmosphere lured shoppers to extend their stay. Apart from being a dominant force in the world of retail and consumer culture, Southdale became the most ubiquitous building typology in America and worldwide, in the decades that followed.

Despite his success, Victor Gruen came to be disillusioned by the suburban shopping mall’s failure to create the vibrant communal life he had envisioned and by its contribution to the urban sprawl and economic depression of city centres. Driven by his vision of the ideal American city, he then turned his efforts to urban planning and design for the revitalization of America’s city centers. In 1959, Kalamazoo, Michigan, became the first American city to implement a pedestrian mall  in its downtown district, followed by Fort Worth, Texas. In 1962, Midtown Plaza in Rochester, New York became the first downtown indoor mall in the United States, attracting international attention and winning several design awards. For Gruen, the pedestrian mall was the antidote to the blight of automobile traffic and its dehumanizing effect on urban life. Gruen’s 1963 compilation of his speeches, The Heart of Our Cities, depicts his vision of the plight of American cities and articulates his theories on urban planning and civic renewal. 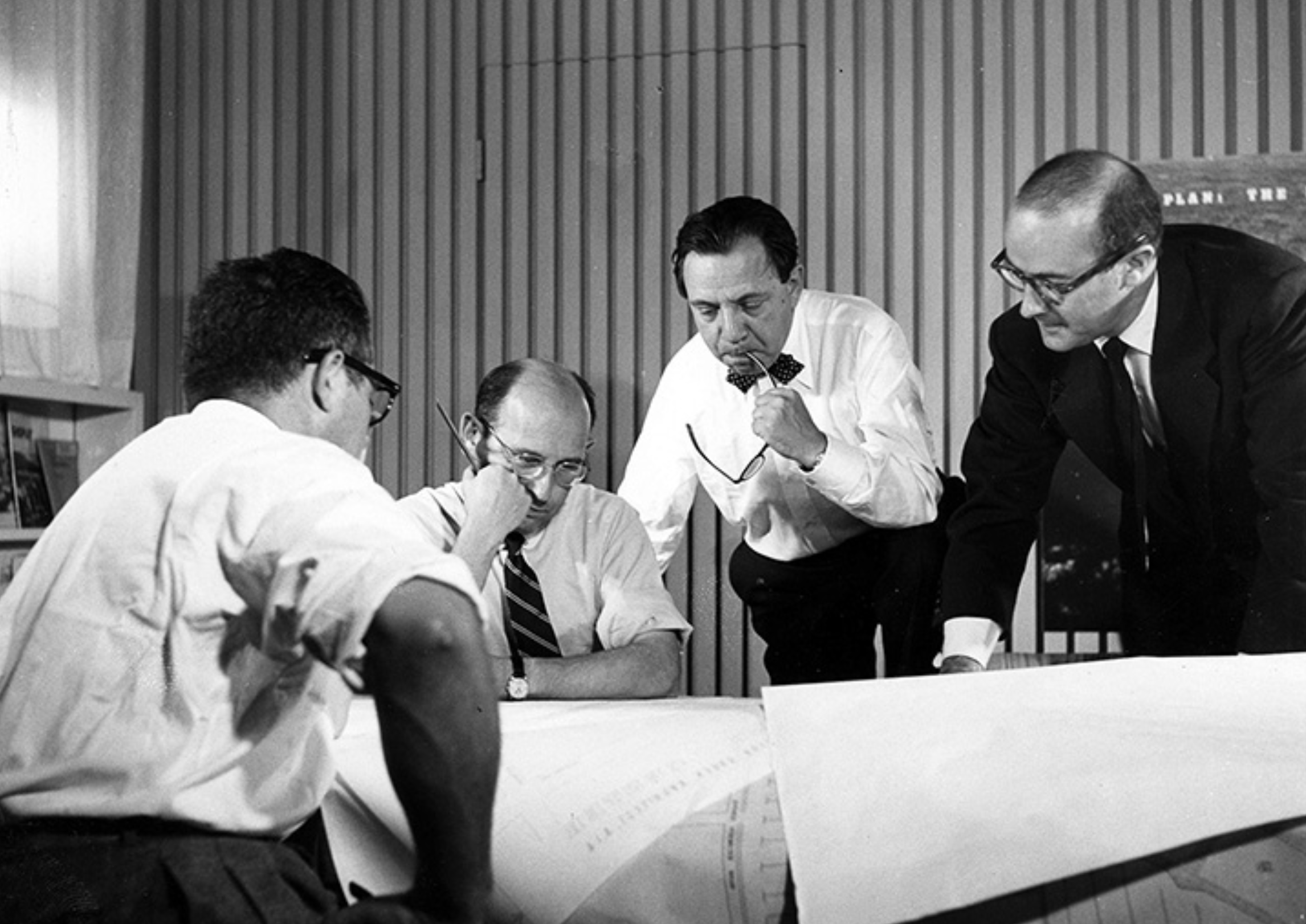 After thirty successful and productive years in America, as a prolific architect, writer and public speaker, Victor Gruen returned to live in his beloved Vienna in 1968 at the age of 65, where he pursued his architectural career until his death in 1980, at the age of 77.

Victor Gruen’s architectural designs and ideology proved transformative for communities around the world. Ironically, his building typology became so commonplace, that its source was obscured over time. His impact, however, is immeasurable and his inspirational legacy, timeless.

*Cherry Hill Mall which opened on October 11, 1961, was designed by Victor Gruen. Upon opening, it became the largest mall in the nation and is commonly referred to as the first enclosed and climate-controlled mall in the Eastern United States. 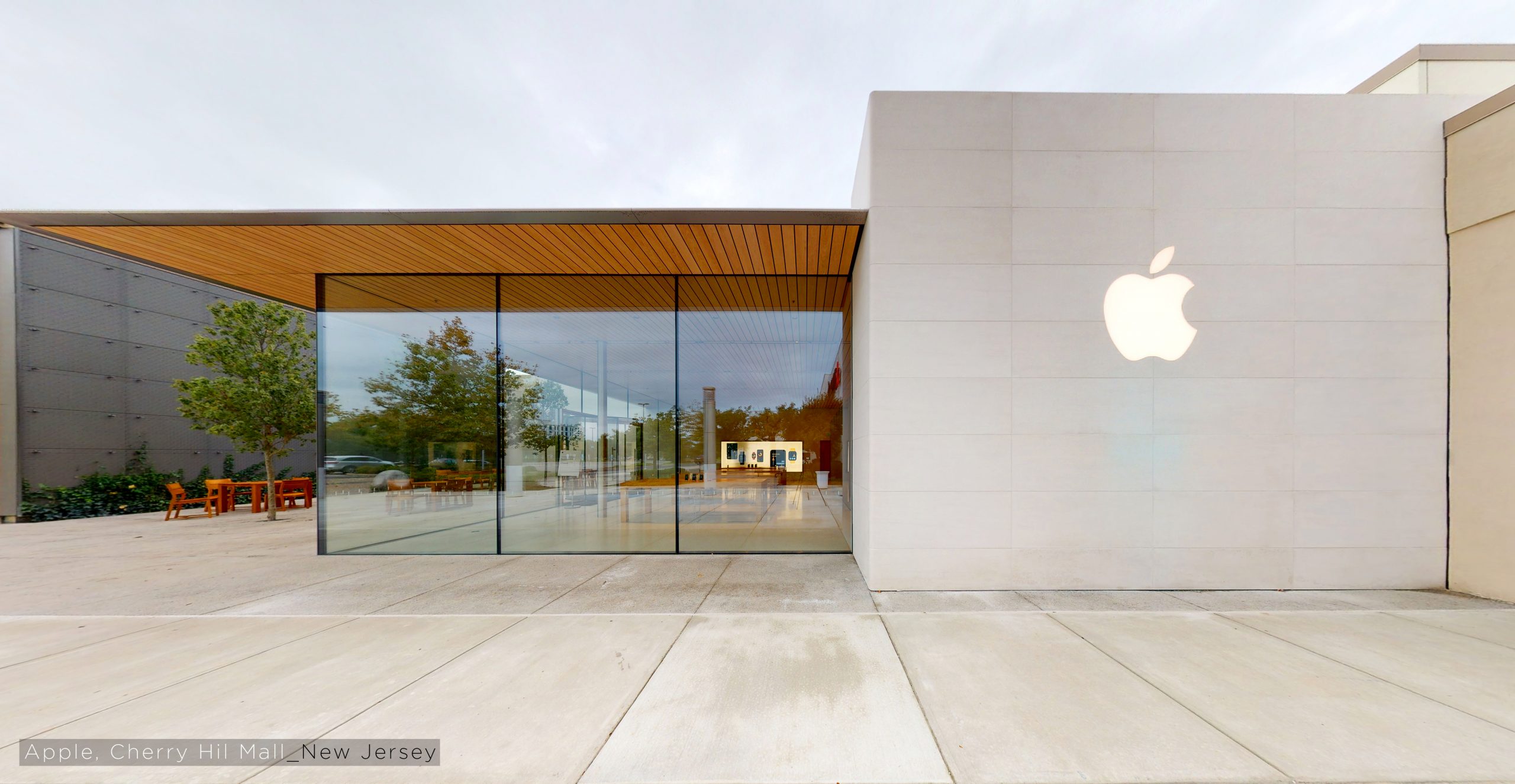 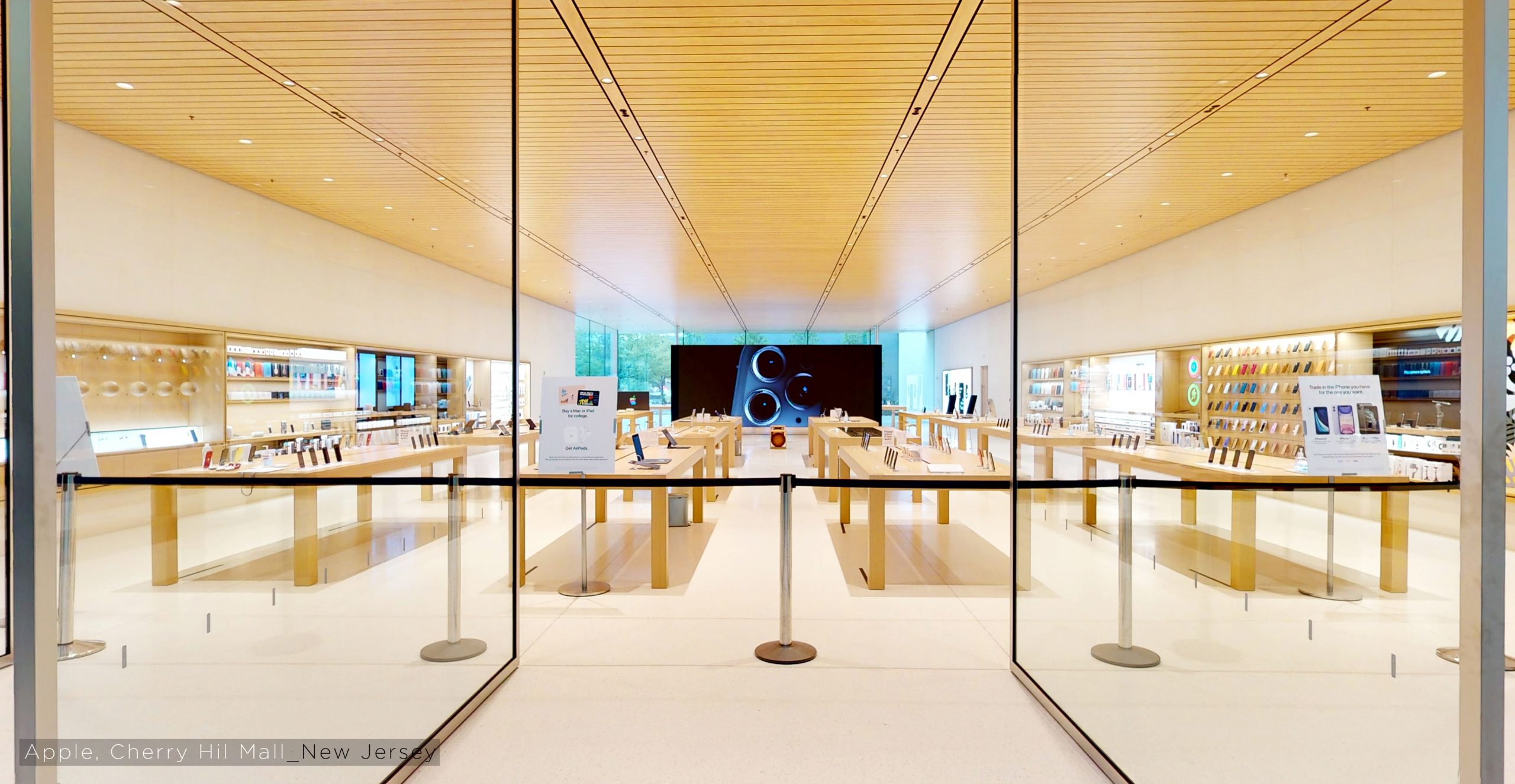 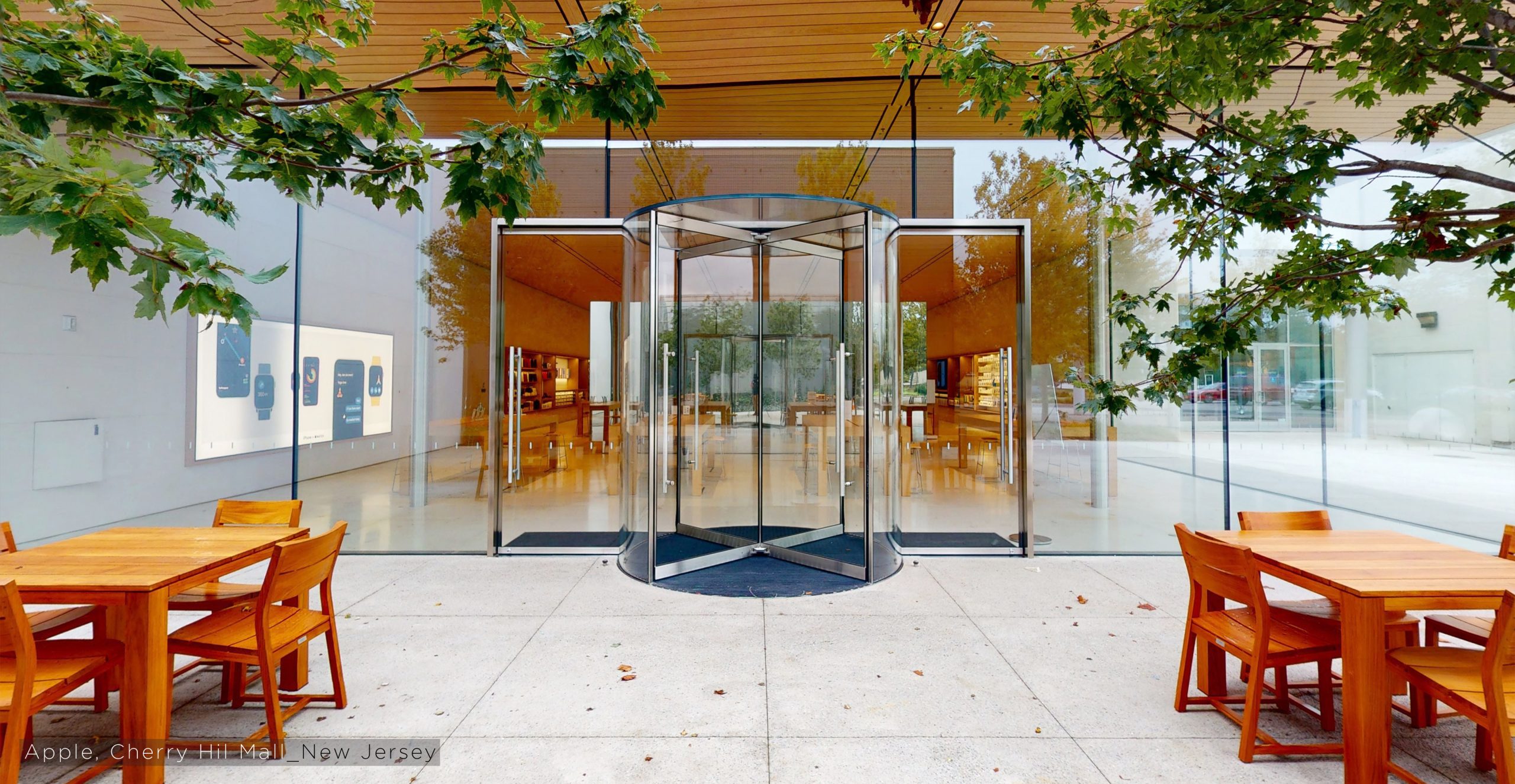