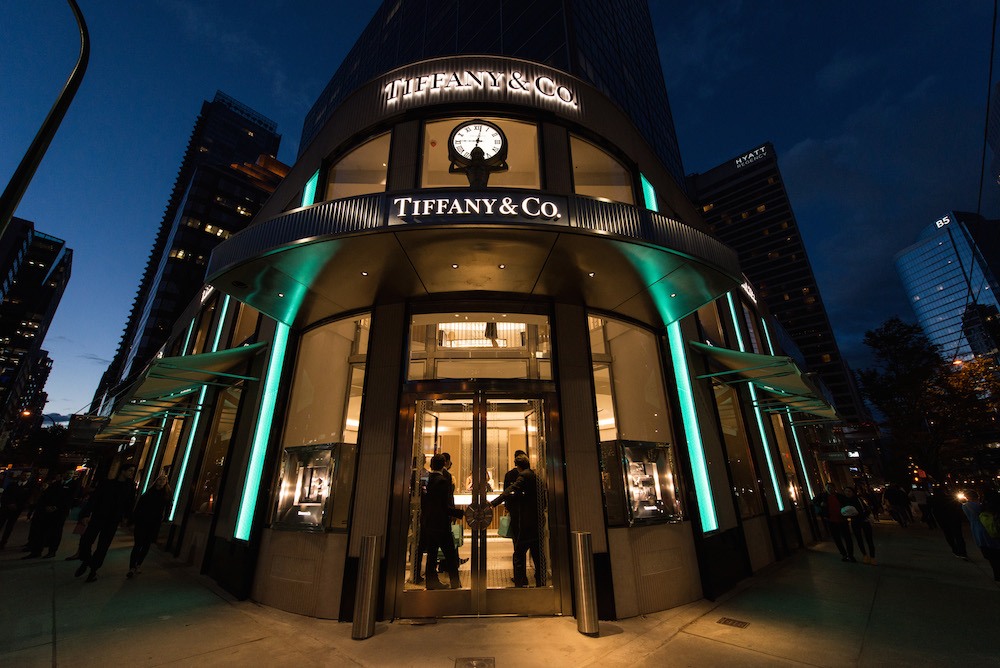 SAJO & Gensler partner up in building one of the cities most recognizable retail shrines.

Founded by Charles Lewis Tiffany in 1837, the American luxury jewelry designer, manufacturer, and retailer, is renowned as much for its exquisitely crafted diamond and sterling silver jewelry as for its iconic headquarters at 727 Fifth Avenue in midtown Manhattan. Set against the New York City skyline, Tiffany’s sixth flagship store location is a ten-storey building.

Originally completed in 1940 and expanded in 1980, the structure became an icon of popular culture once its façade and lavish interior were prominently featured in the 1961 Hollywood film, Breakfast at Tiffany’s. Shoppers, spectators, and fashionistas flock to admire the window displays and to browse through the more than a hundred thousand pieces of jewelry showcased in its public and private rooms, Charles Tiffany, known as the «King of Diamonds» for his acquisition of the French crown jewels and his passion for rare and precious gemstones, was the first, in 1886, to introduce the timeless design of the diamond engagement ring, the six-prong Tiffany Setting.

After Charles Tiffany’s passing in 1902, it was his son, Louis Comfort Tiffany who took the helm as the company’s artistic director. His creative and whimsical jewelry designs, shaped by his attachment to the Art Nouveau movement and his aesthetic sensibility for the patterns of nature, were a source of inspiration to all his successors, most notably Jean Schlumberger (1956-1970’s), Elsa Peretti (1974-2021), John Loring (1979-2009) and Paloma Picasso (1980-2013). The widely acclaimed myriad of jewelry collections generated by these visionary designers continue to entice women of all ages. 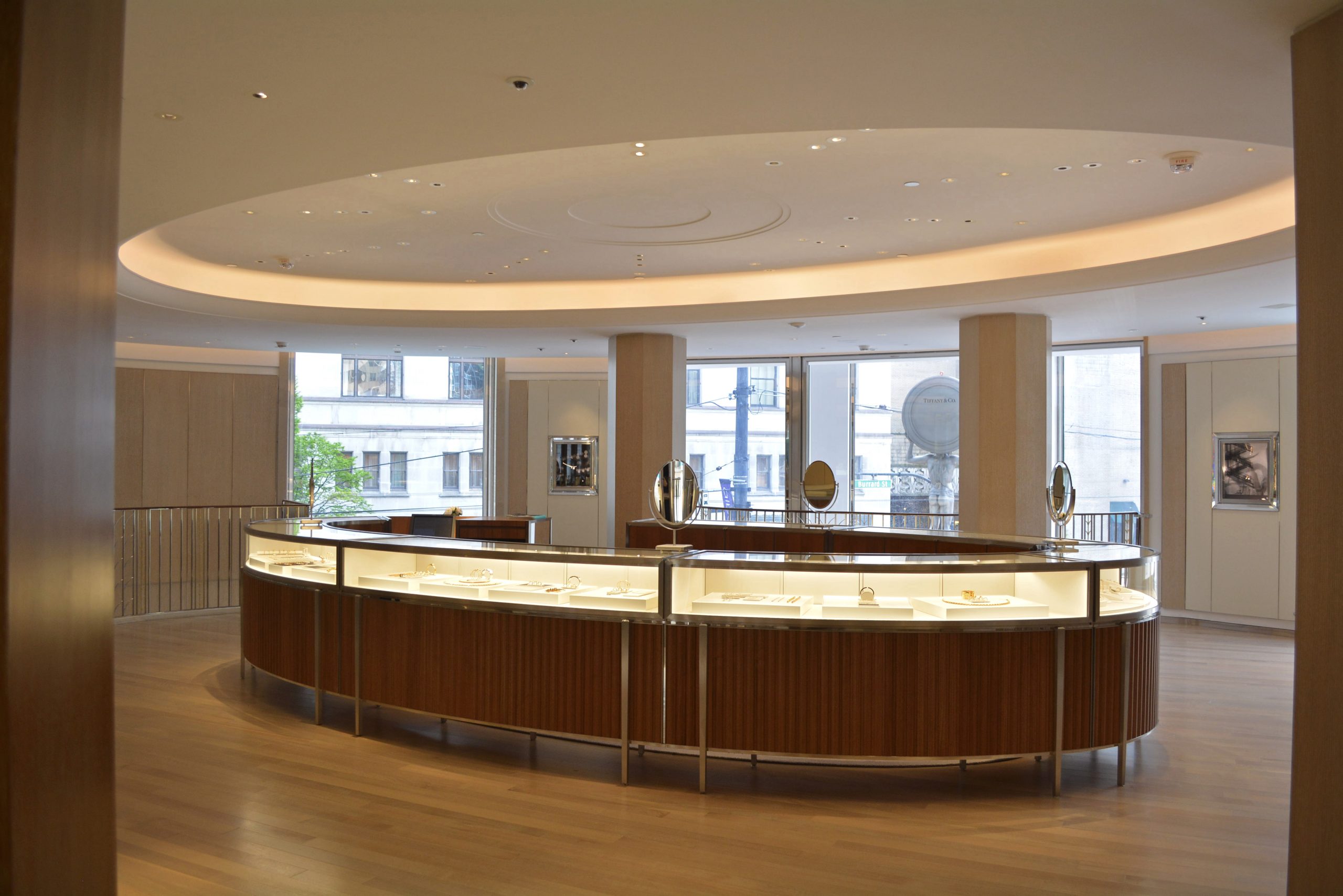 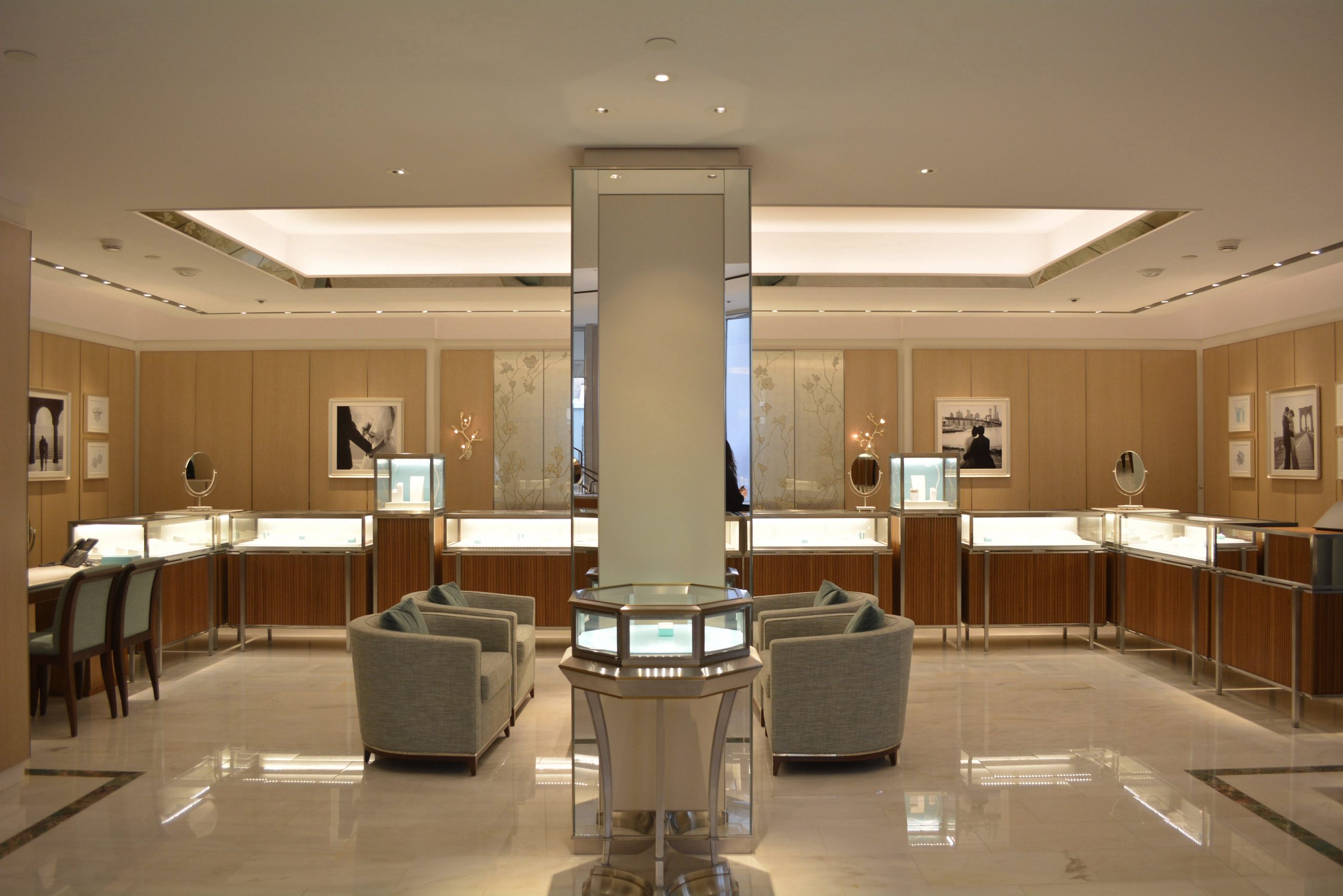 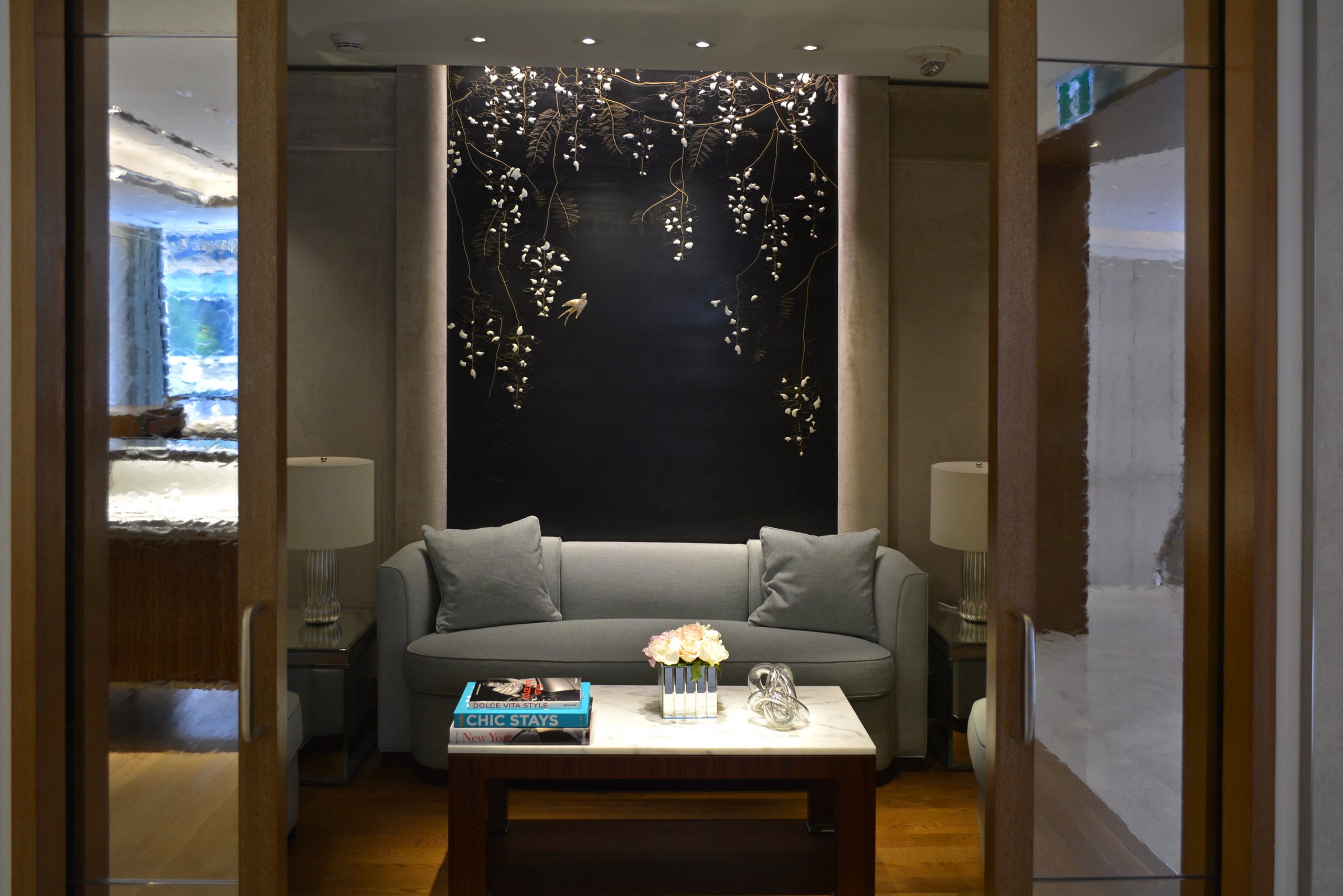 The LVMH conglomerate finalized its acquisition of the global luxury jeweler, making it one of the most expensive purchases of its investment portfolio. SAJO is proud of its association with Tiffany & Co., having built several of its Canadian stores in such locations as the Ritz Carlton in Montreal, Rideau Centre in Ottawa and Pacific Center in Vancouver.

In 2016, SAJO was given the mandate to build  a more than 12,000 square foot  two story Tiffany’s flagship on Burrard Street, in Vancouver, British Columbia. SAJO acted in a design-assist, construction management, general contracting, and procurement capacity. Key features of the design which required the utmost precision to execute, were the elliptical staircase.

The curved storefront composed of fluted stone panels and large format curved glass. Special features of the project included reinforcing the façade by reinforcing two stories down within the parkade.