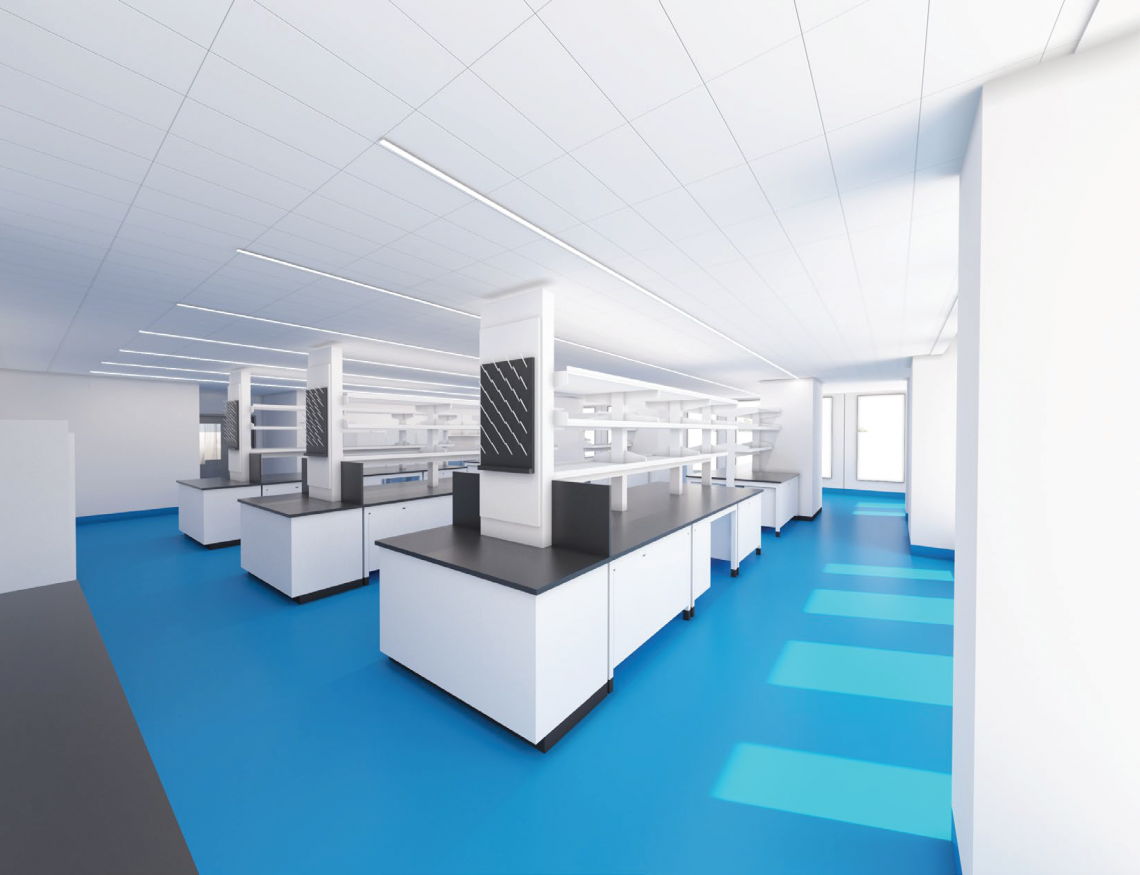 In its capacity as general contractor, SAJO has been tasked with the renovation of the 88,000 square foot, seven-floor complex, in consort with the owner-designated architectural and engineering firms.

Founded in 1821, McGill is a top-ranking public Québec and Canadian university, internationally recognized for its cutting-edge research and wide array of study programs across its twelve Faculties and fourteen schools. Its main campus, located in downtown Montreal, stretches from the foot of Mount Royal to the top of McGill College Avenue, where the university’s official entrance, the Roddick Gates, is situated.

Among its more than sixty buildings, one of the largest on the university’s downtown campus, is the Stewart Biology Building, which faces the circular McIntyre Medical Sciences Building, both erected in 1965. Since its inception in the mid-nineteenth century, the Biological Sciences department at McGill has evolved steadily to become a central research and teaching hub, at the local, national, and international level. 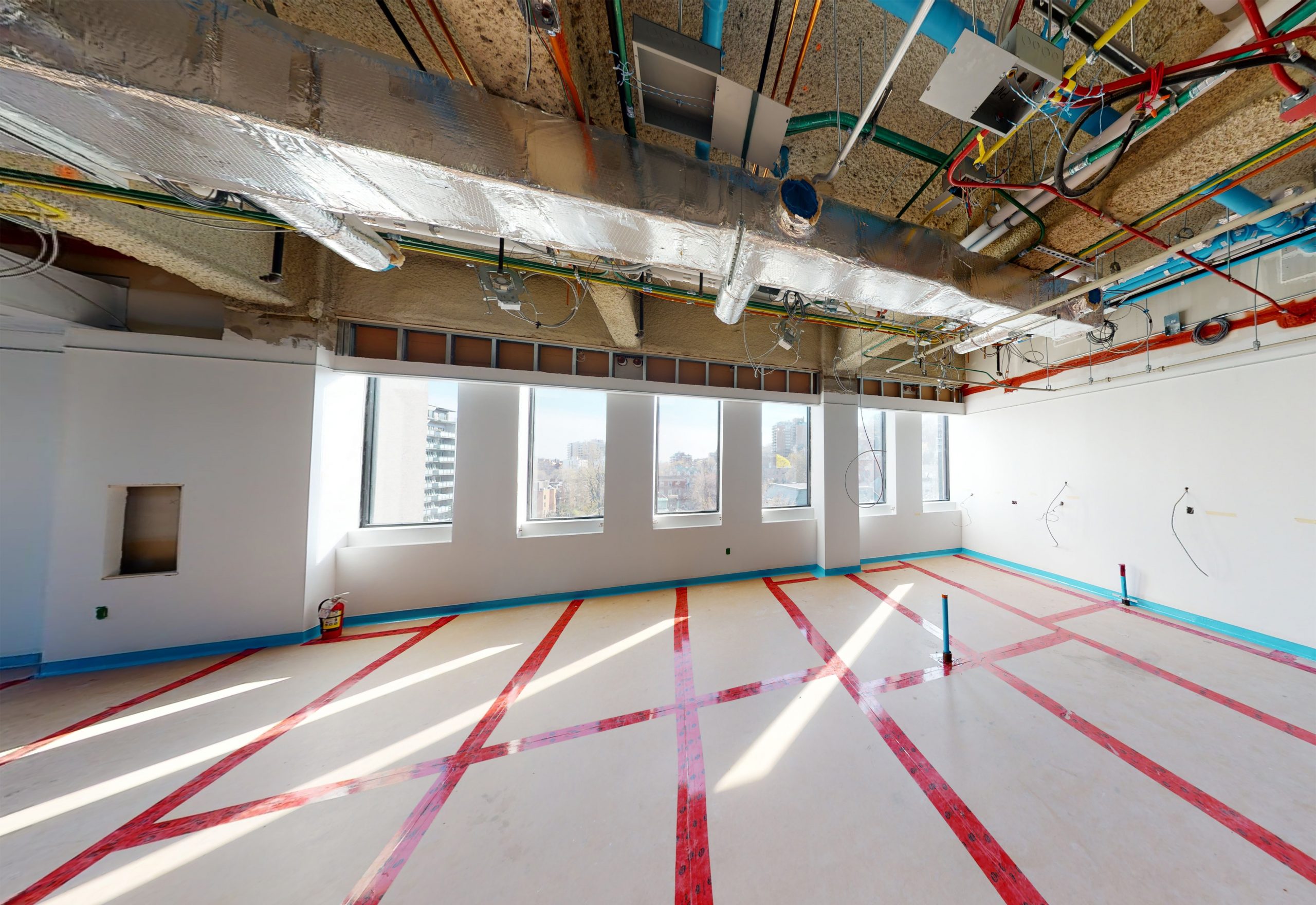 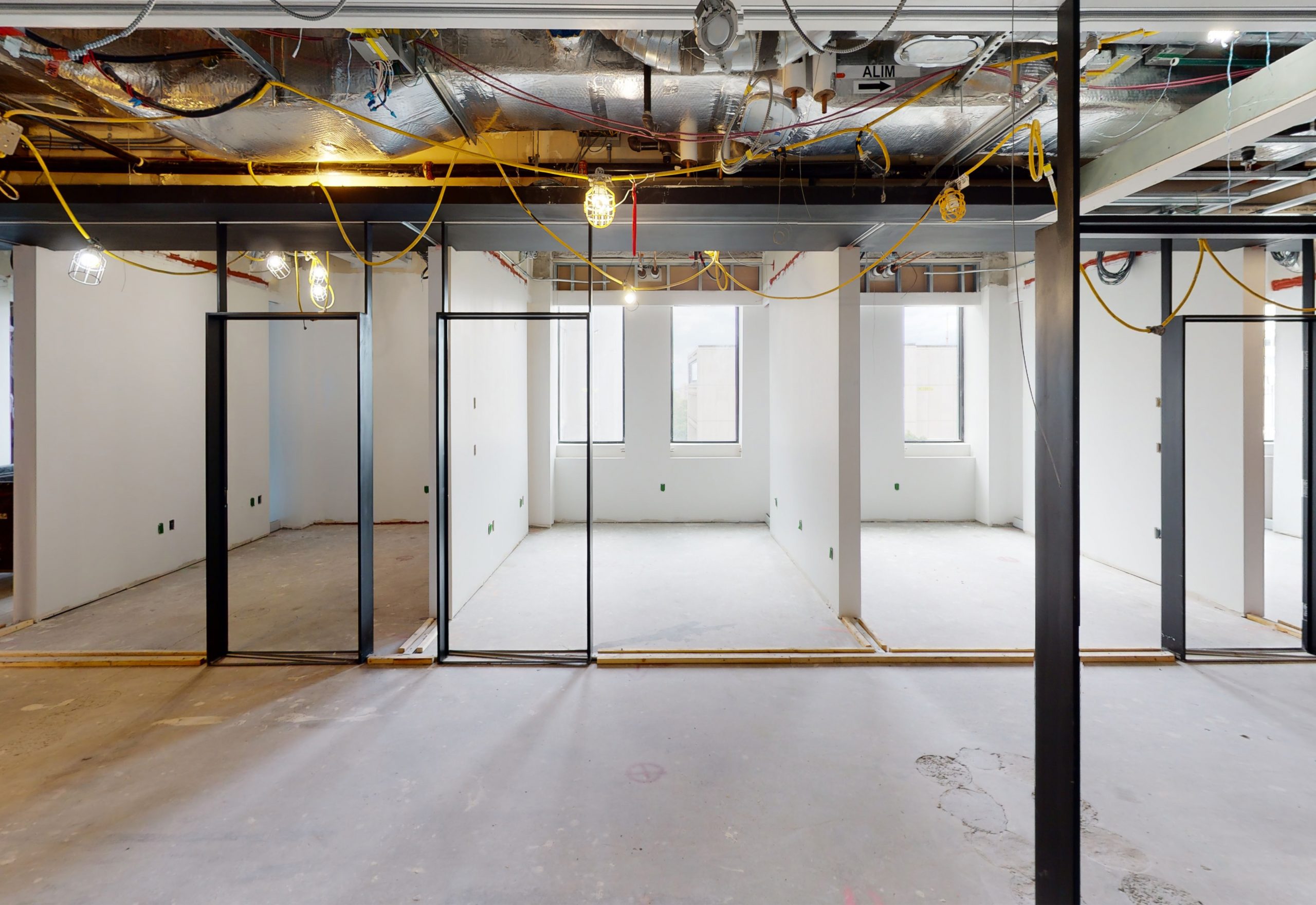 To meet the operational standards of modern facilities, the Stewart Biology Building’s West Wing has required a total upgrade of its mechanical and electrical systems as well as a complete reconfiguration of its interior spaces for the construction of new state-of-the-art research and teaching laboratories, designed for its marine biology functions. 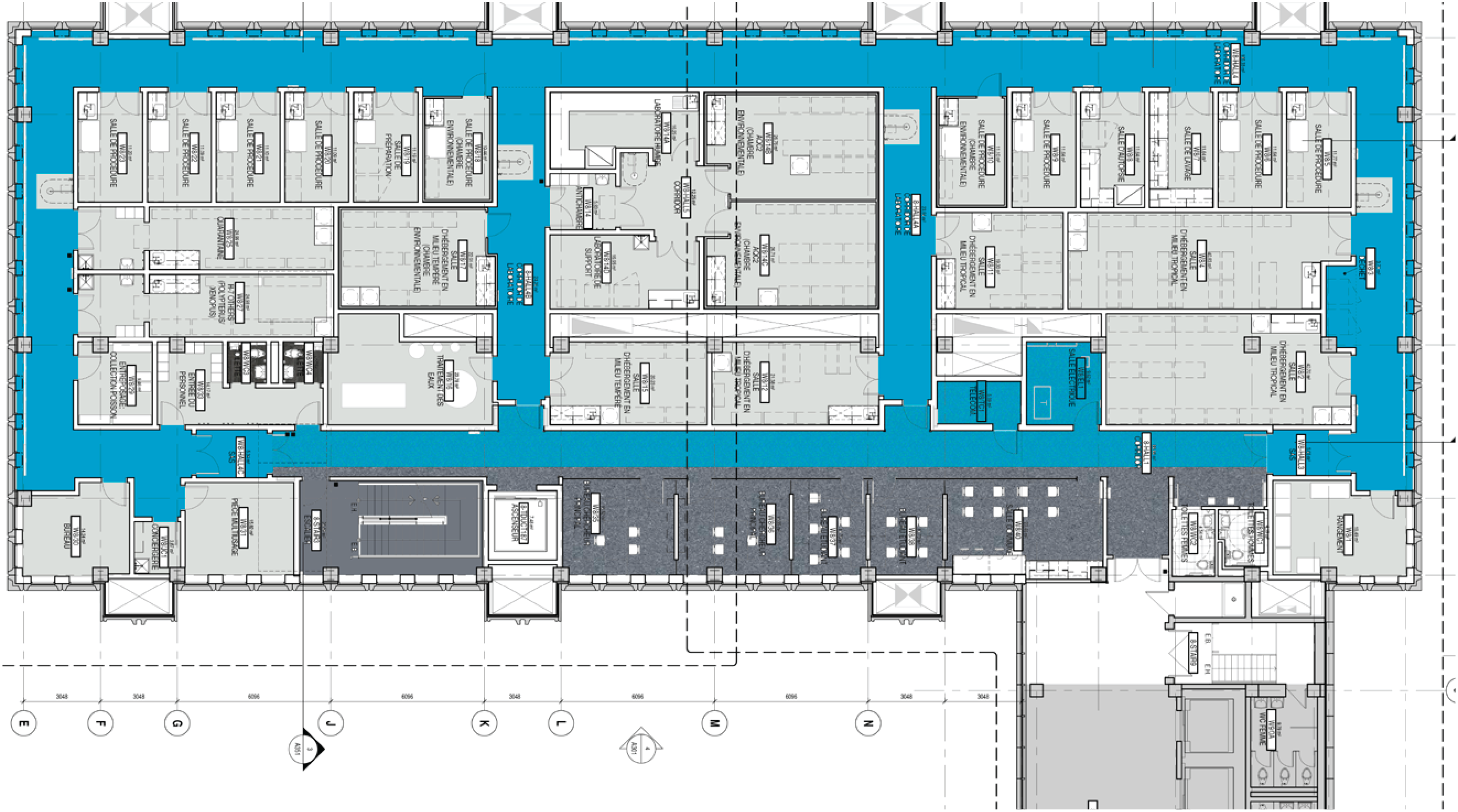 In its capacity as general contractor, SAJO has been tasked with the renovation of the 88,000 square foot, seven-floor complex, in consort with the owner-designated architectural and engineering firms. The seventy-week project, initiated in June of 2021, is scheduled for completion in January of 2023. This LEED certified project includes the installation of cold rooms and environmental rooms and involves complex MEP coordination and installation. High finishes are applied to all flooring and wall cladding, staircases, doors, and frames, across all common areas and laboratory spaces. Metal lab furniture is among the many custom products imported from Europe and the United States.The Stewart Biology Building’s West Wing promises to be a model research and teaching facility enhancing the university’s prestige and influence in the domain of biological sciences. 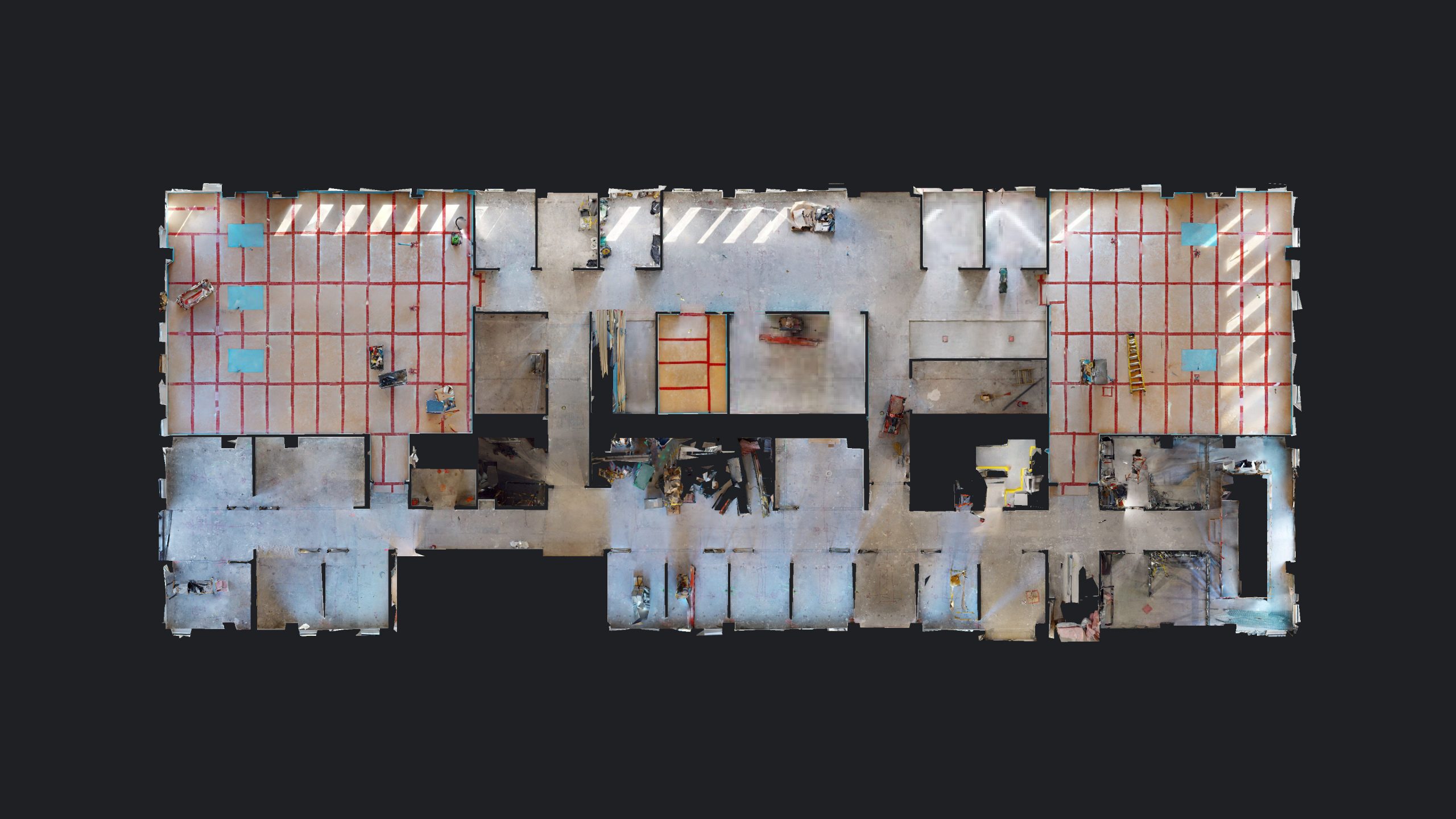