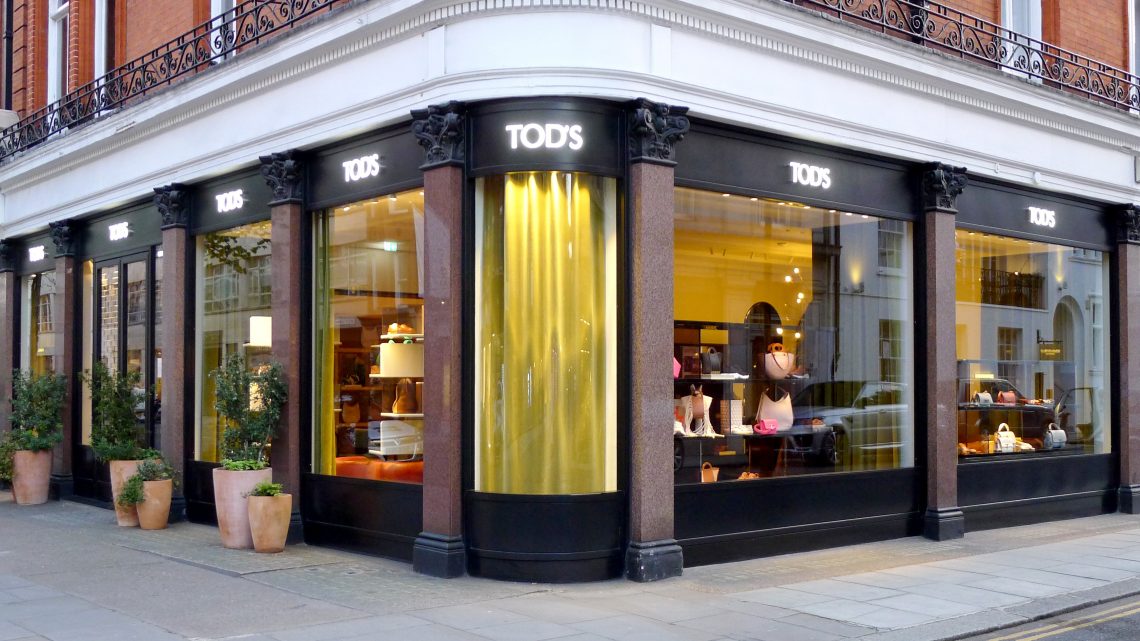 SAJO collaborated with french architect India Madhavi in the realization of her vision.

TOD’S is a lifestyle brand which had its beginnings in the late 1920’s in Casette d’Ete, a village in the Marche region, on Italy’s Adriatic coast. There the Della Valle family established a shoemaking workshop which in the 1970’s was expanded into an exporting manufacturing facility. It was the creation of a moccasin-style driving shoe, known as the Gommino, integrating rubber with fine leather, and fusing the formal with the casual, which caught the attention of the rich and famous and propelled the company forward.

Over the years, the Della Valle family became a maker of diverse luxury footwear and other refined leather goods. The company expanded its operations by acquiring such prestigious brands as Hogan, known for its luxury sneakers, Fay for its outerwear fashions and Roger Vivier, for its women’s iconic shoe styles and opulent decorations. The superb quality, classical designs and artistic excellence of the TOD’S collections symbolize Italian craftmanship infused with Anglo-American flair. 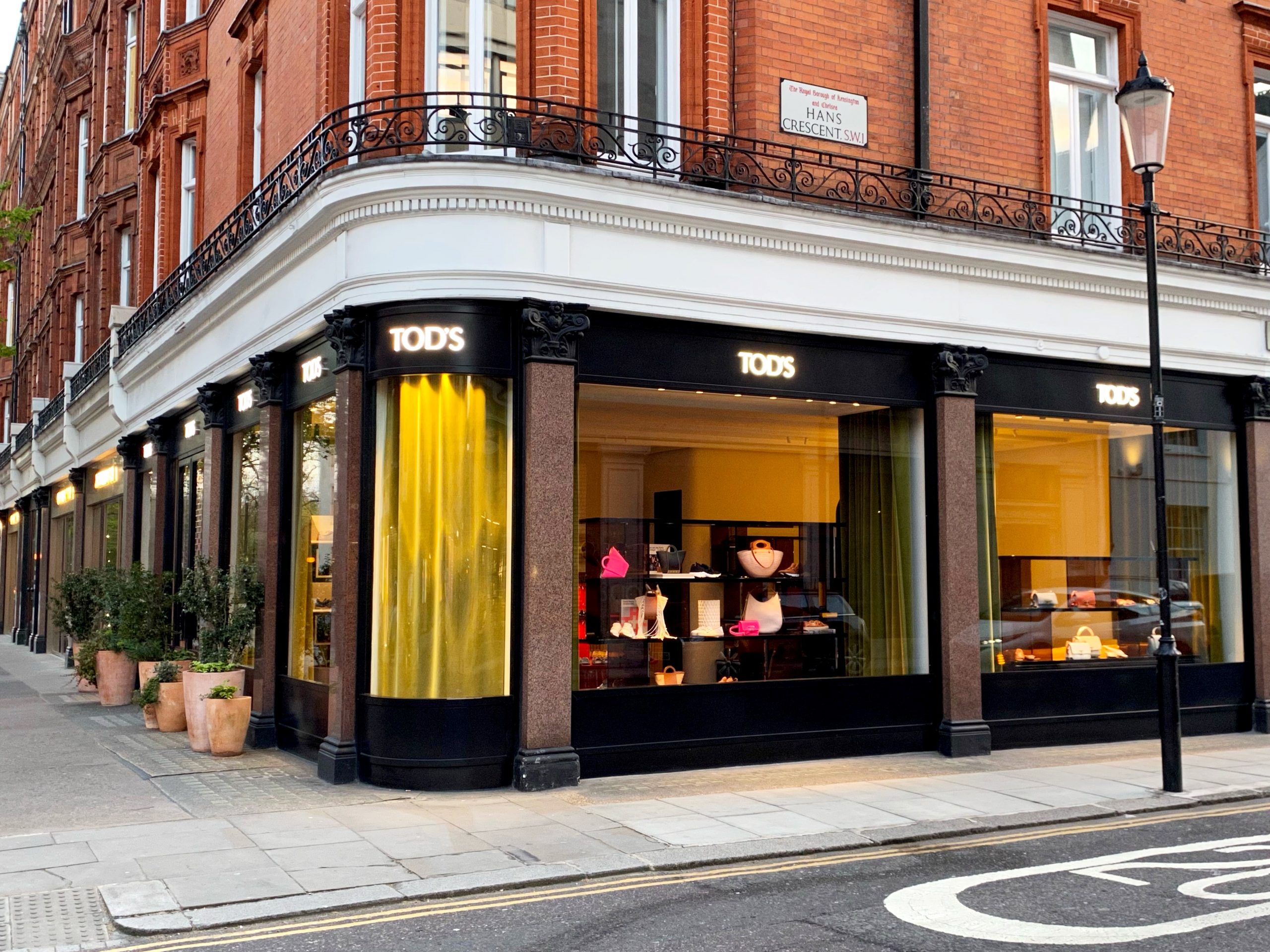 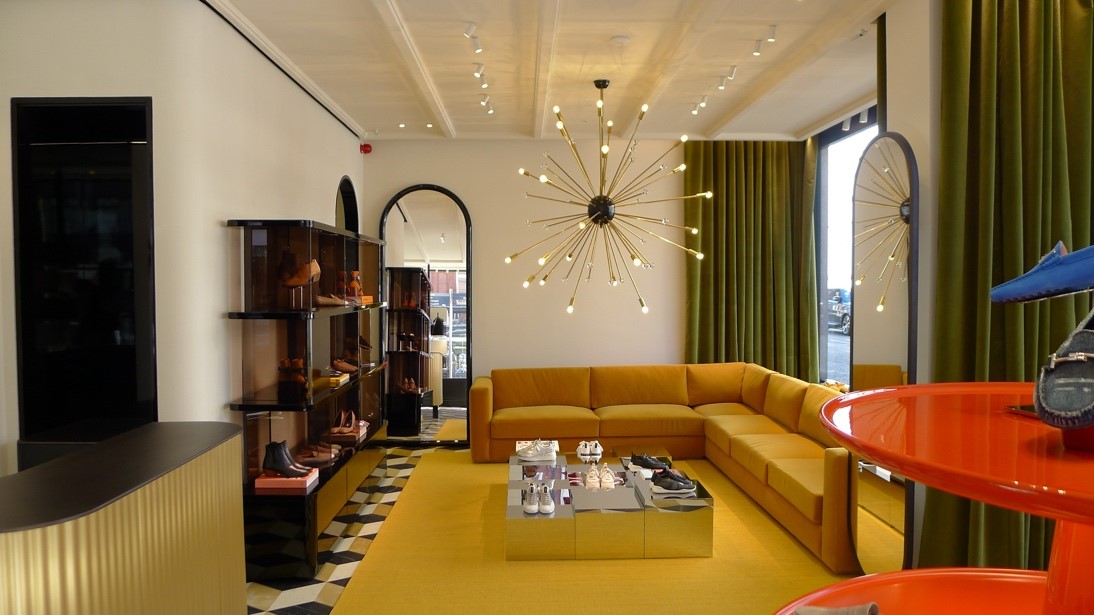 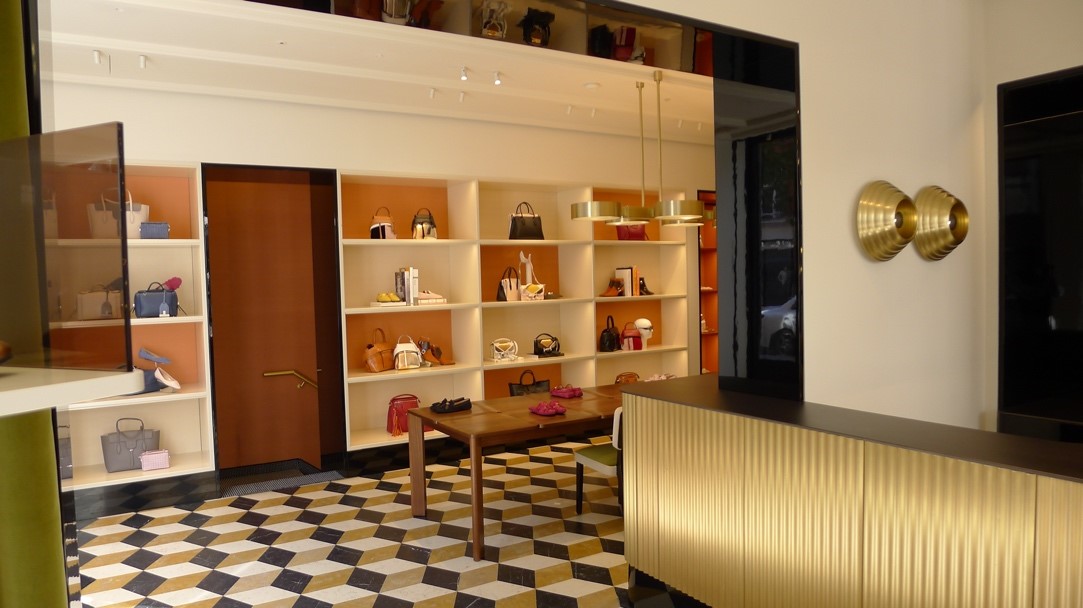 TOD’S presence spans the globe, with over two-hundred stores in close to forty countries across Asia-Pacific, Europe, and North America. Its large flagships in locations such as Australia, China, Japan, Hong Kong, and Singapore, to name a few, attest to the cross-cultural and international appeal of the brand’s timeless style and luxury status.

SAJO took great pride in being awarded the contract to renovate TOD’S flagship store, housed in a building of the notable Cadogan Estates in London’s upscale Sloane Street. The two-level, 3300 square feet renovated store opened on August 2nd, 2018 after four months of concerted and dedicated teamwork. To the delight of shoppers, it lies at the heart of the Knightsbridge district known for its glamorous luxury retailers and cultural sophistication.

The architectural and design concept of the store was spectacular and refreshing. It had been entrusted to the famous Parisian architect, India Madhavi who created a luxurious home setting, akin to a high-end Sloane Street apartment, with bespoke furnishings and rich fabrics, exuding ease, comfort, and a laid-back style of living which felt inviting to customers.

For SAJO, the construction process was not without challenges. The age-old building housing the flagship needed substantial structural repair. Using 3D scan surveys, the SAJO team conducted thorough investigations, rapidly identifying, and rectifying the problem areas. The whole ground floor structure had required solidification to support the weight of the marble flooring as designed and to that end steel beams and wood joists were used to reinforce the existing flooring system. The scan surveys and in-depth analyses enabled the team to have quick reaction times and thereby accelerate the fit-out schedule. 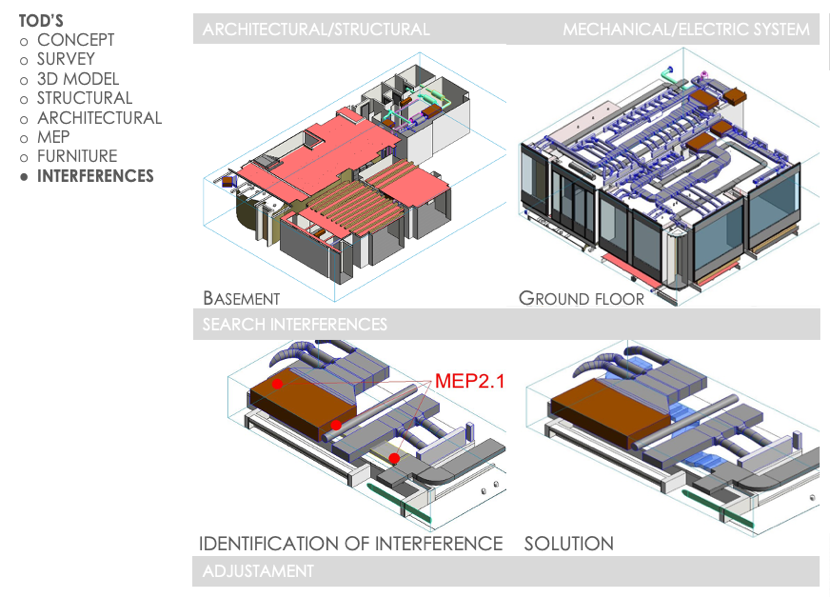 The result of the endeavour was an intricately designed retail venue, built within solid structural confines, completed on time, and to the full satisfaction of the client.

Throughout the process of construction, SAJO facilitated and greatly valued its collaborative partnerships with all stakeholders, which constituted the bedrock of the project’s ultimate success. SAJO looks forward to other future collaborations in which challenging projects can be tackled with confidence, open-mindedness, creativity, technological savvy, and trust. 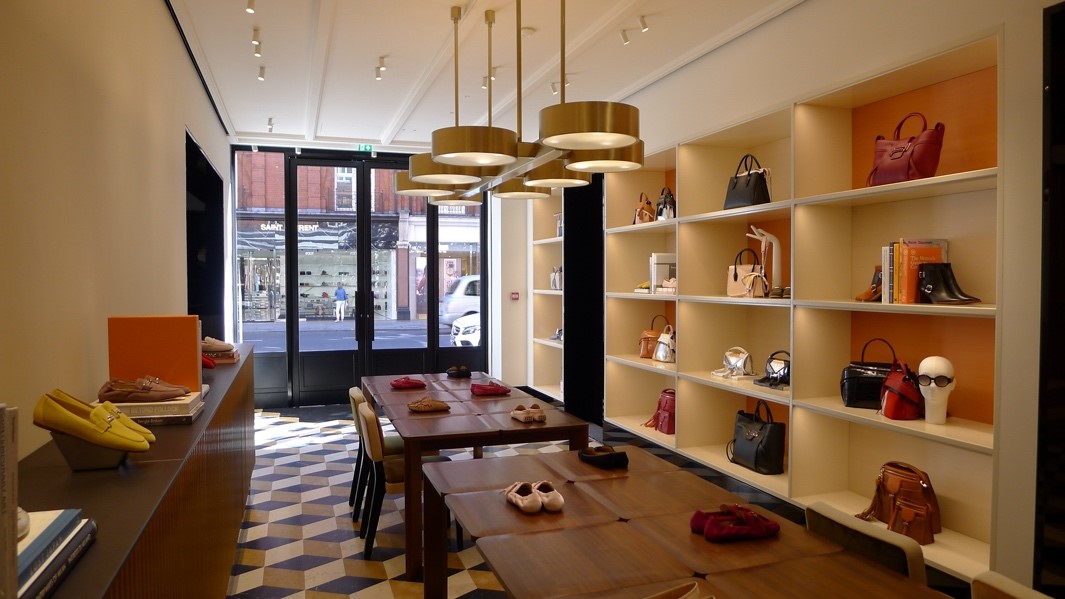 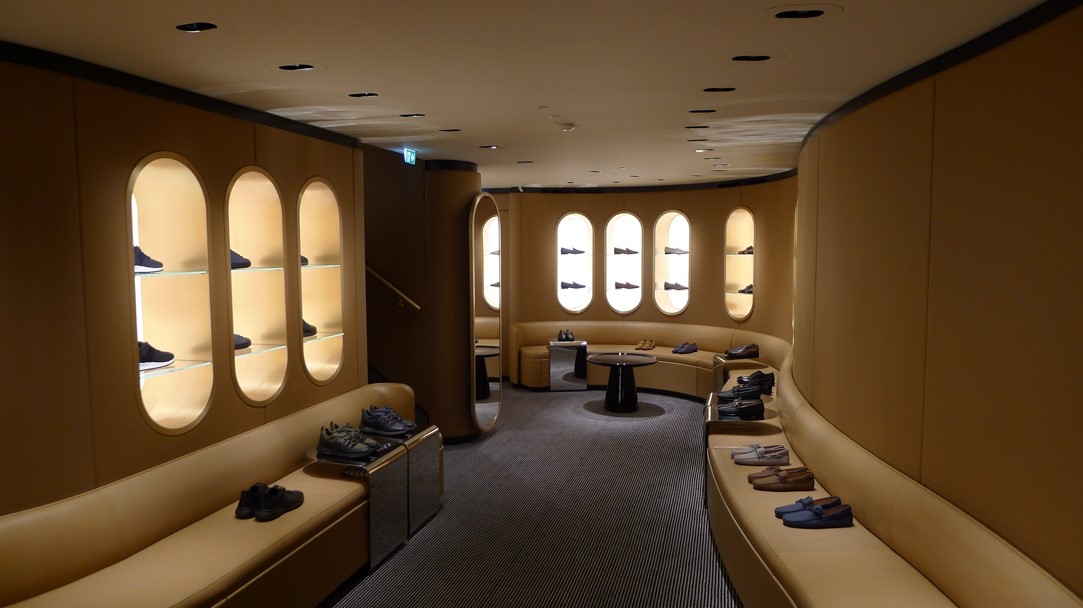