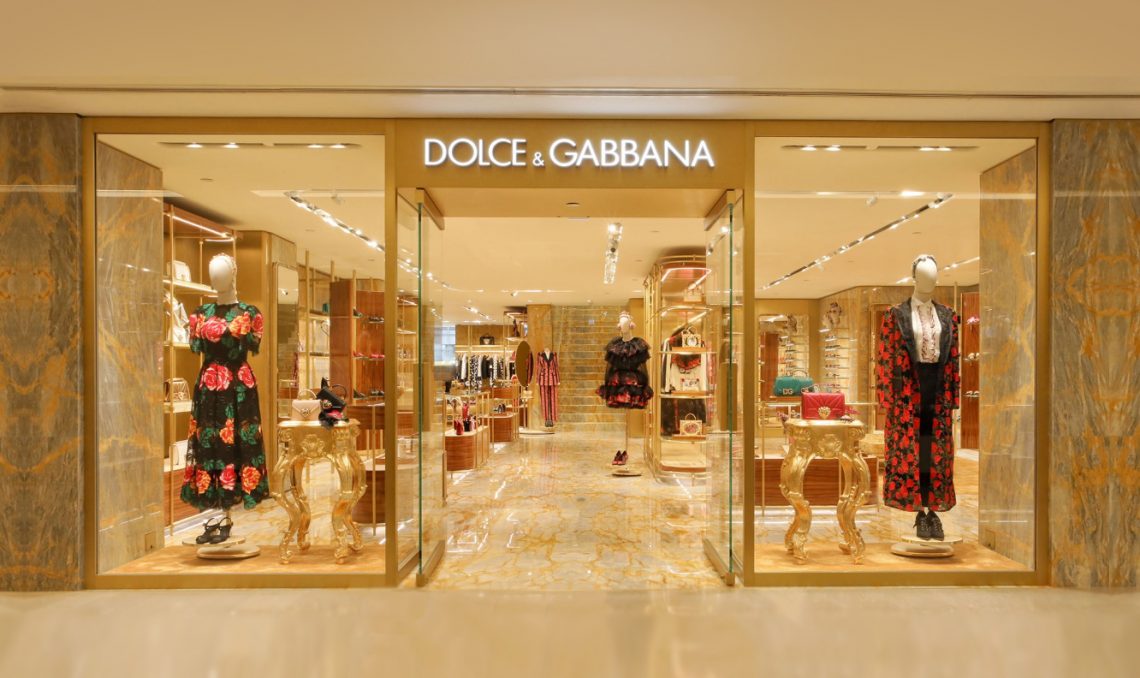 SAJO successfully delivers a D&G store during the London lockdown

A continuation of our collaboration across continents. SAJO is proud to count two Dolce & Gabbana stores, thus far, among its portfolio of highly specialized construction projects. The first was built in Atlanta, Georgia and the second in London, England but exceptionally and despite the global pandemic.

Dolce & Gabbana (D & G) is the Italian billion-dollar fashion house which over its thirty-six years of existence has come to take center stage on the global fashion scene and wield unparalleled influence among the international jet set and Hollywood elite. Founded in 1985 in Legnano, Italy by the Sicilian-born Domenico Dolce and the Milanese Stefano Gabbana, the design duo’s surnames have entered the annals of cultural history as an indelible trademark of exclusivity, luxury, and affluent lifestyle. 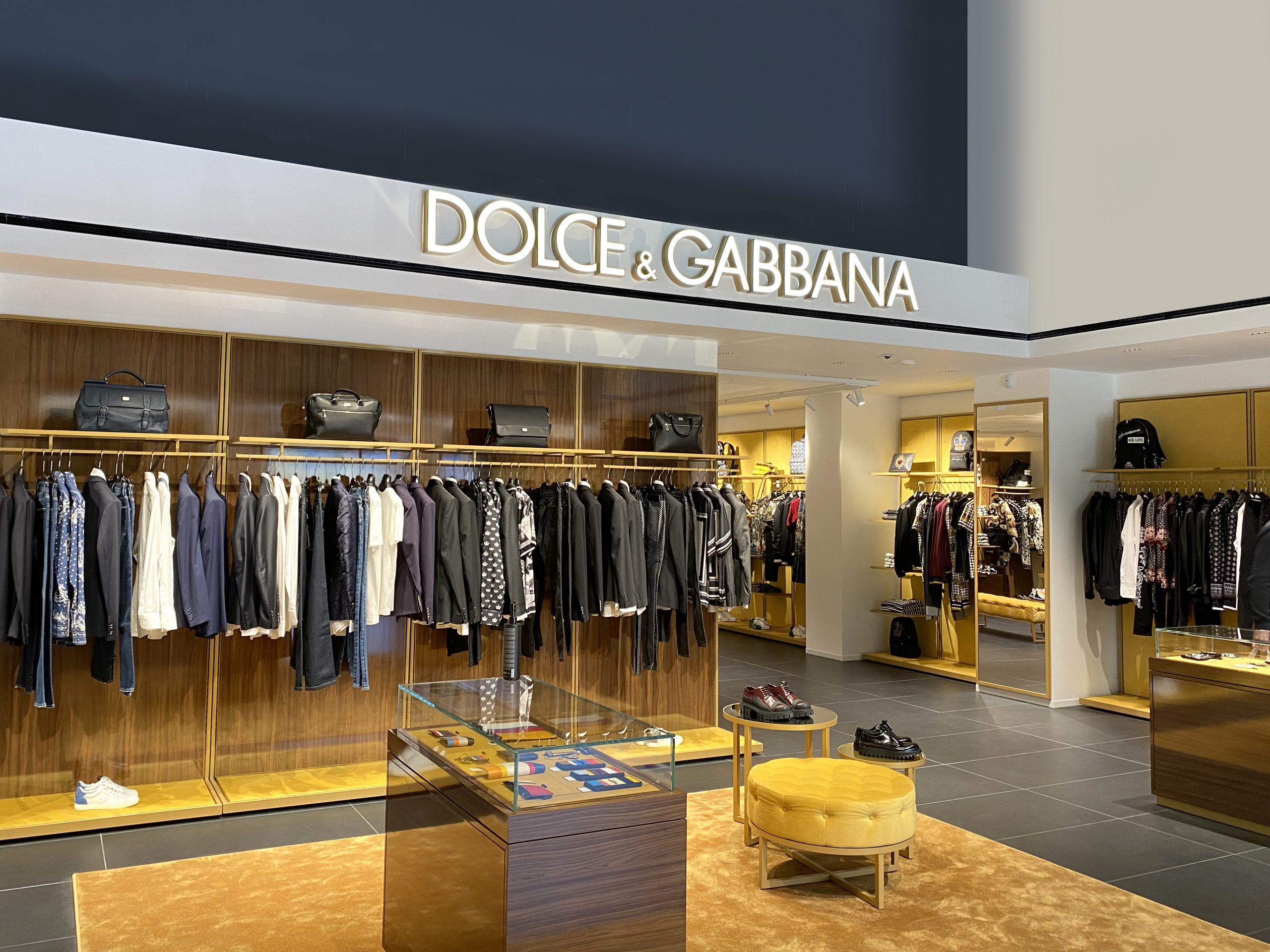 Following their successful runway debut at Milan’s Fashion Week and New Talent show, the design duo opened their first store in Milan in 1986 and their first overseas store, a few years later, in Japan. The city of Milan currently houses multiple lavish Dolce & Gabbana boutiques within the exquisite Quadrilatero della moda shopping district. Apart from its most recent 5,000 square meter, multi-functional headquarters, situated in the heart of Milan, the brand’s flagships figure prominently along Via Montenapoleone, and Via della Spiga, ranked among the world’s most expensive and up-market avenues. At present the brand counts several hundred boutiques across all continents, with corporate branches in New York, Sao Paulo, Hong Kong, Shanghai, Beijing, and Tokyo. 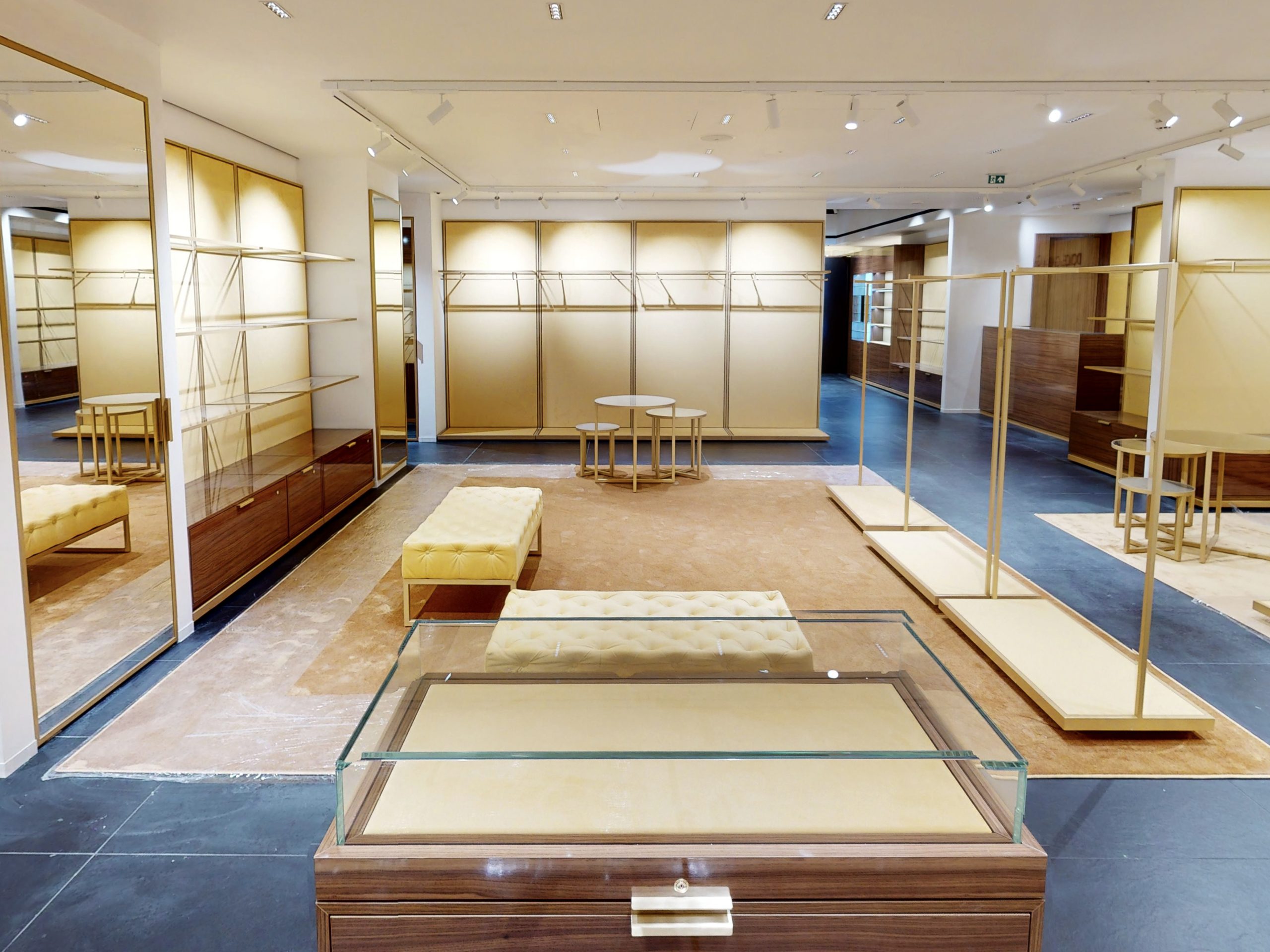 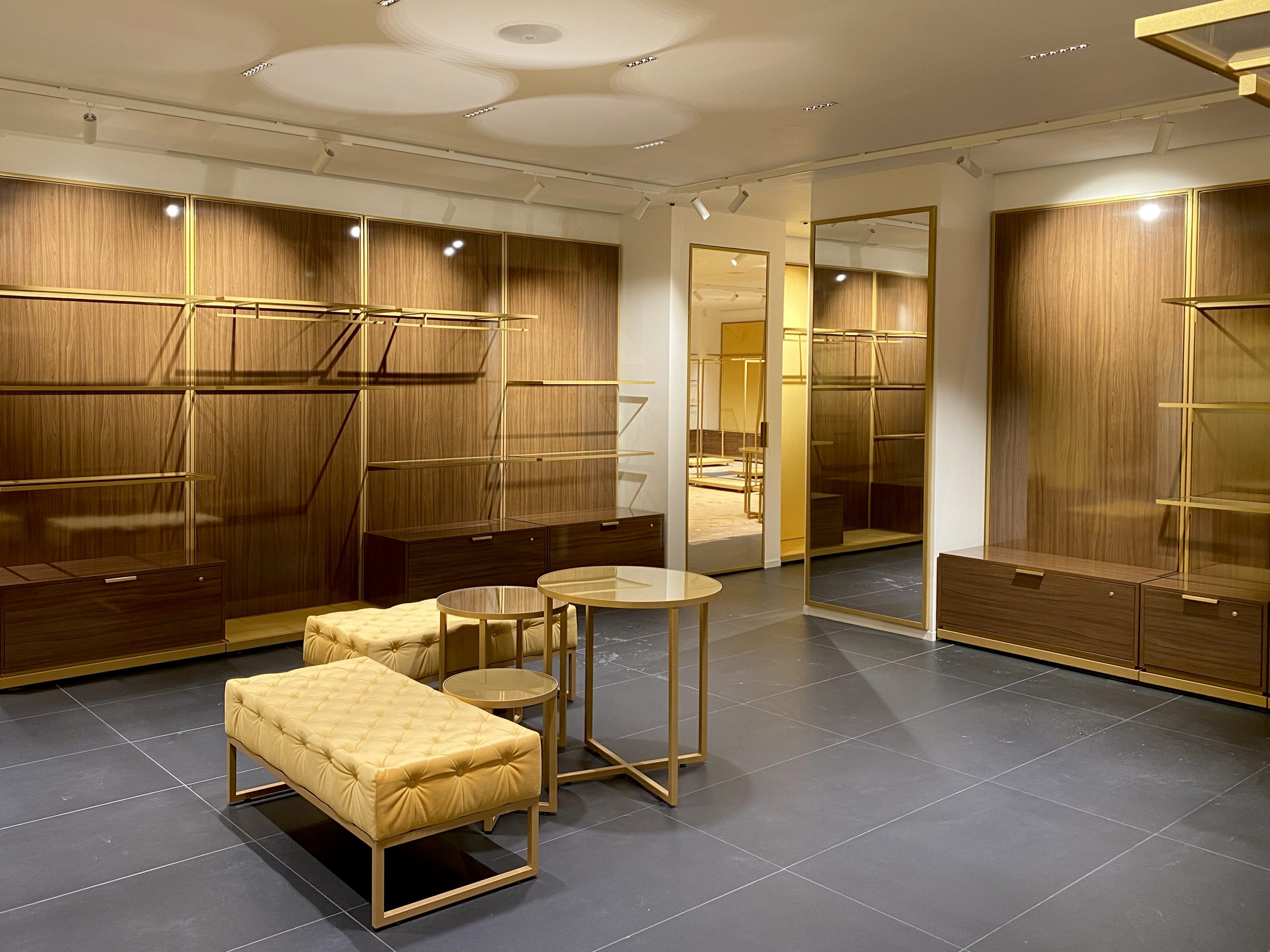 To realize their vision of a sensual, rarified, and localized customer experience, Dolce & Gabbana set aside the standard retail philosophy of a uniform store concept. Their global outreach strategy is to create uniquely designed spaces to reflect the aesthetics, emotional texture, and cultural narrative of each shop’s distinctive location. With the support of a handful of selected architectural studios from Italy, France, Japan, and the United States, Dolce & Gabbana store designs are among the most spectacular in the world. Foremost among these, is its iconic flagship in Rome’s Piazza di Spagna. Redesigned in 2018 by the Parisian-based architectural studio, Carbondale, the boutique is housed in a 16th-century Roman palazzo. Its baroque architecture and lavish modernized interior evoke regal splendor and magnificence. Multi-colored precious marble floors and walls, Murano glass chandeliers, incrusted mosaics, plush velvet couches, and gilded mirrors are but a few of the quintessential features of its masterful design, and singular Italian craftmanship.

The world-wide success of the Dolce & Gabbana brand attests to the vision, creative versatility, and business savvy of its owners. The label includes a wide range of collections and product lines, steeped in Italian tradition and saturated with the colors and heritage of Mediterranean cultures. The privately held company produces and distributes a wide assortment of clothing attire, footwear, accessories, leather goods, jewelry, watches, and fragrances. The Prêt-à-porter segment of its clothing division includes collections for women, men, children, and youth. Its Alta Moda and Alta Sartorial luxury collections, for women and men respectively, offer exclusive and glamorous designs in the finest of fabrics. Since its launch in 2012, the Alta Moda couture line has been key in bolstering the brand’s image and prestige. This was most evident in Dolce & Gabbana’s recent 2021 Alta Moda show, held in Venice’s historic and romantic Piazzetta San Marco.

Set against the backdrop of the city’s dramatic Gothic architecture, and scenic canals the brand’s exquisitely hand-crafted, and scintillating design collection, was resoundingly acclaimed by its more than four-hundred celebrity guests. Present among them, was the brand’s global ambassador, the aristocrat and socialite, Lady Kitty Spencer, well-known for representing the fashion house and exuding its majestic aura. By all accounts, the Venetian affair proved breathtaking and among the most memorable in fashion history.

SAJO is proud to count two Dolce & Gabbana stores, thus far, among its portfolio of highly specialized construction projects. The first was built in the United States, in Atlanta, Georgia and the second in the United Kingdom. With its London-based team and associated network of experienced local trades and suppliers, SAJO completed the Dolce & Gabbana flagship renovation in Bicester Village, the luxury goods and designer outlet shopping centre located in Oxfordshire, England. 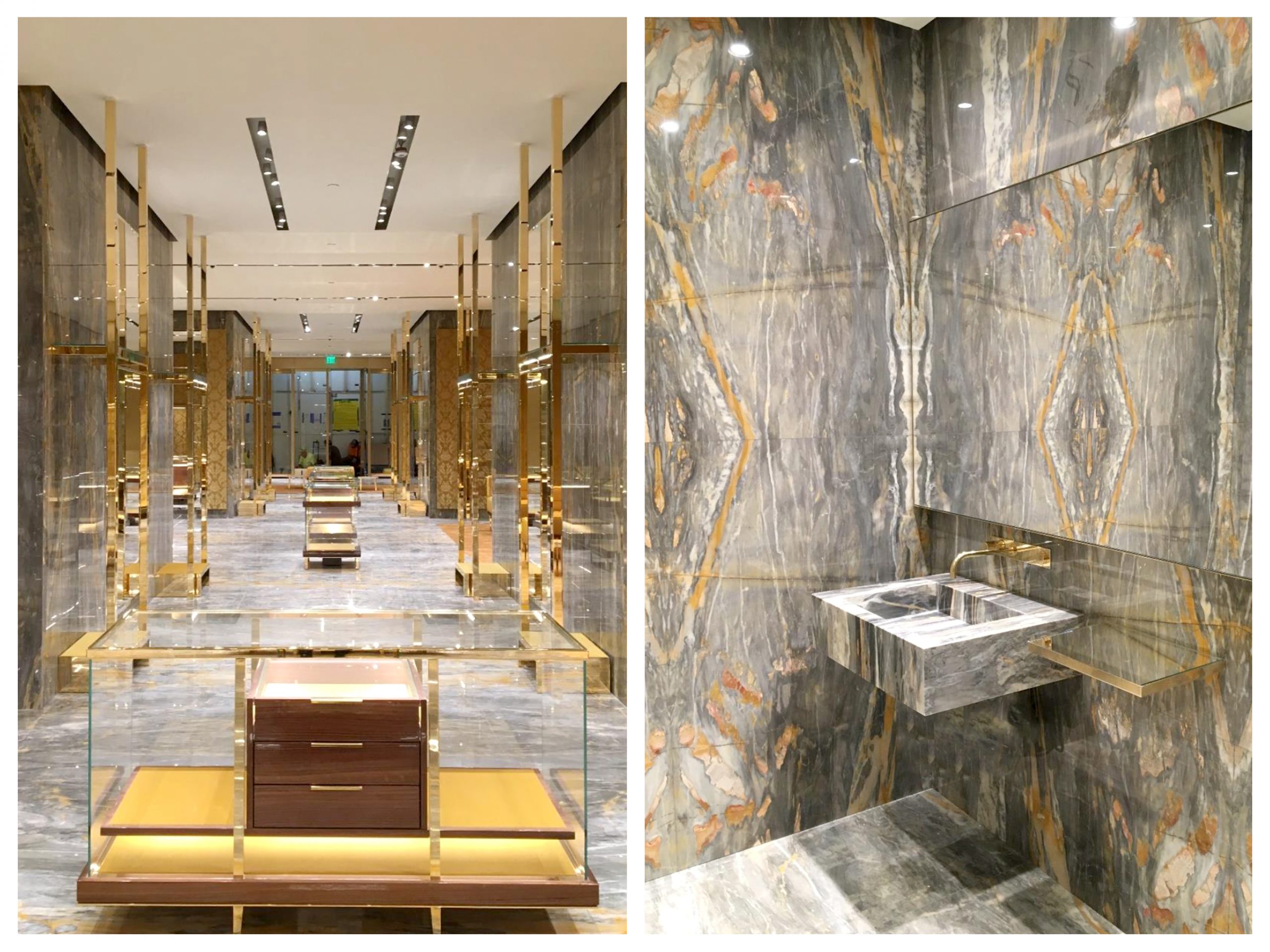 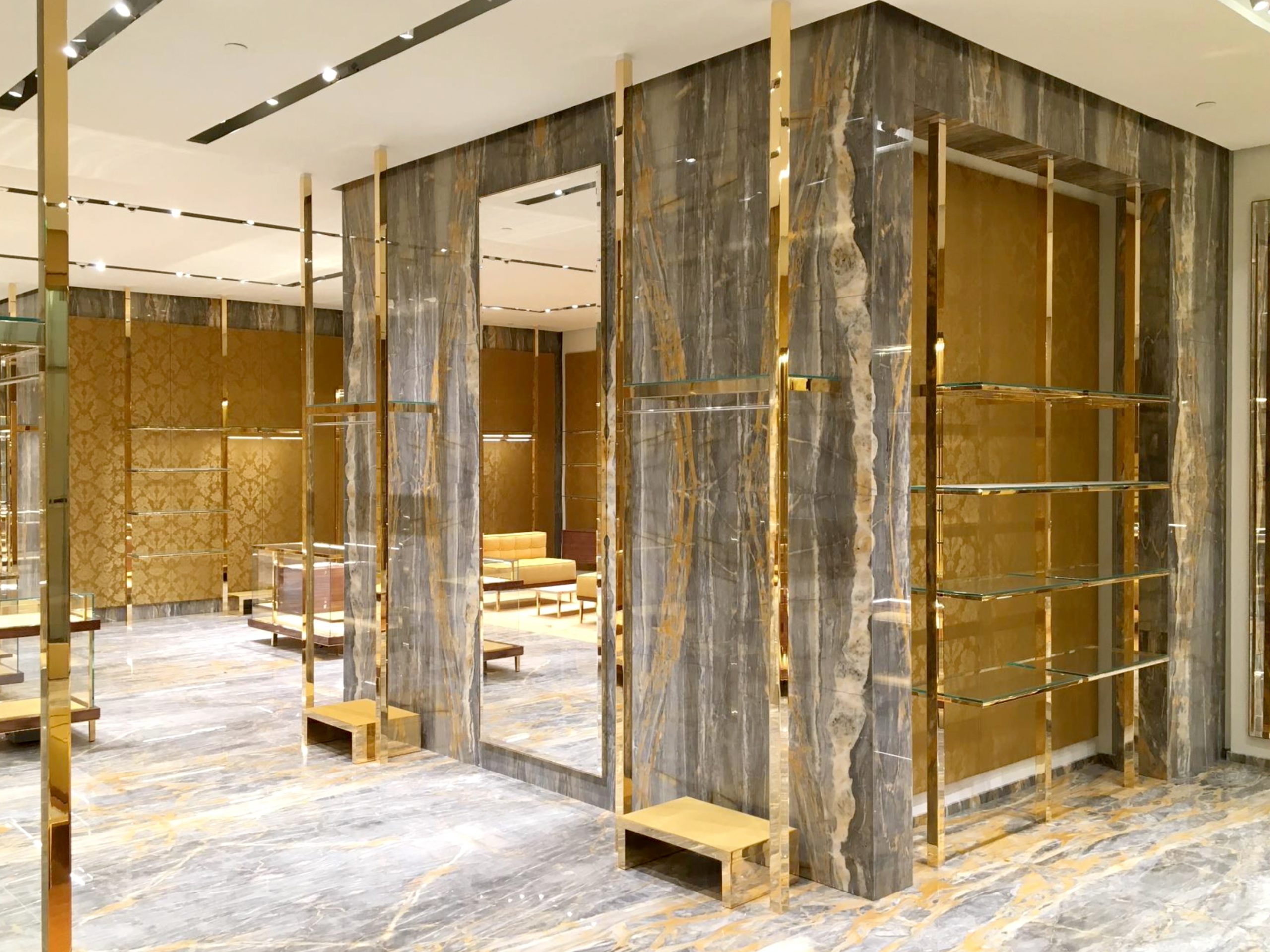 In consort with the local architect of record, SAJO undertook all facets of construction as well as the procurement, assembly, and installation of all millworks produced in Italy. The Dolce & Gabbana shop re-opened its doors in April 2021, after the easing of lockdown restrictions due to the coronavirus pandemic.

No matter the location, be it mall or high street, town or city centre, the Dolce & Gabbana brand remains emblematic of excellence and timeless style. 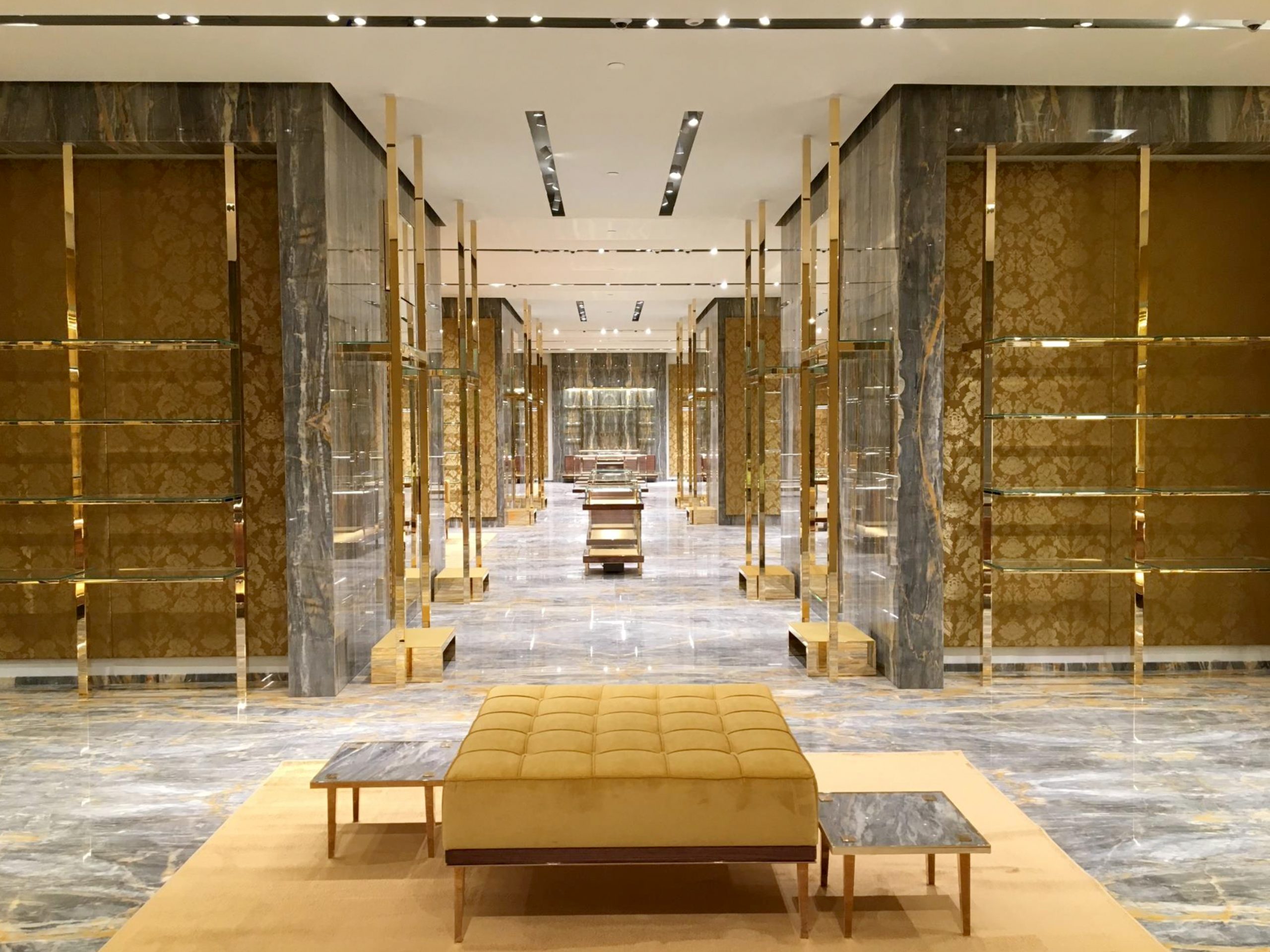 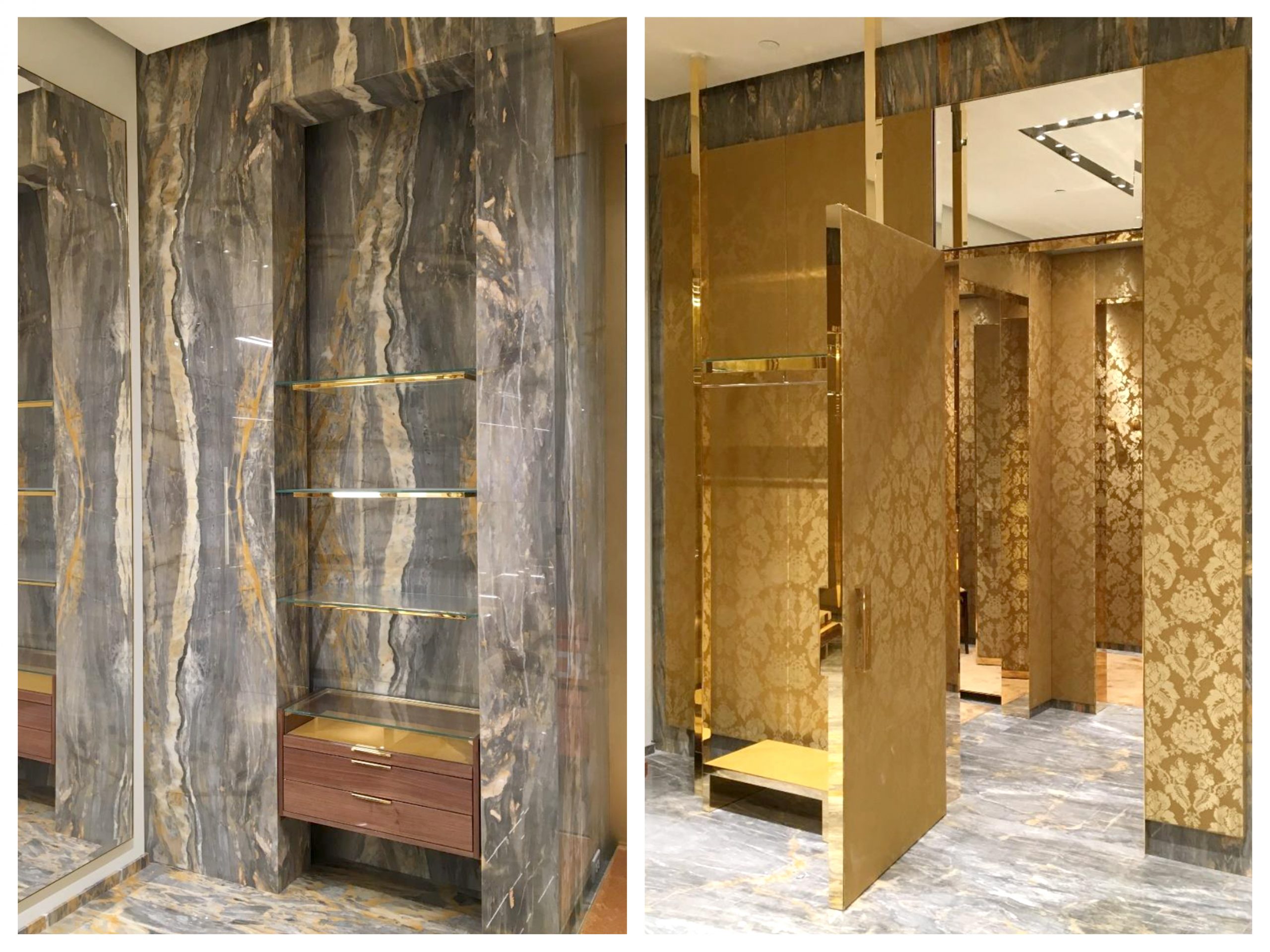