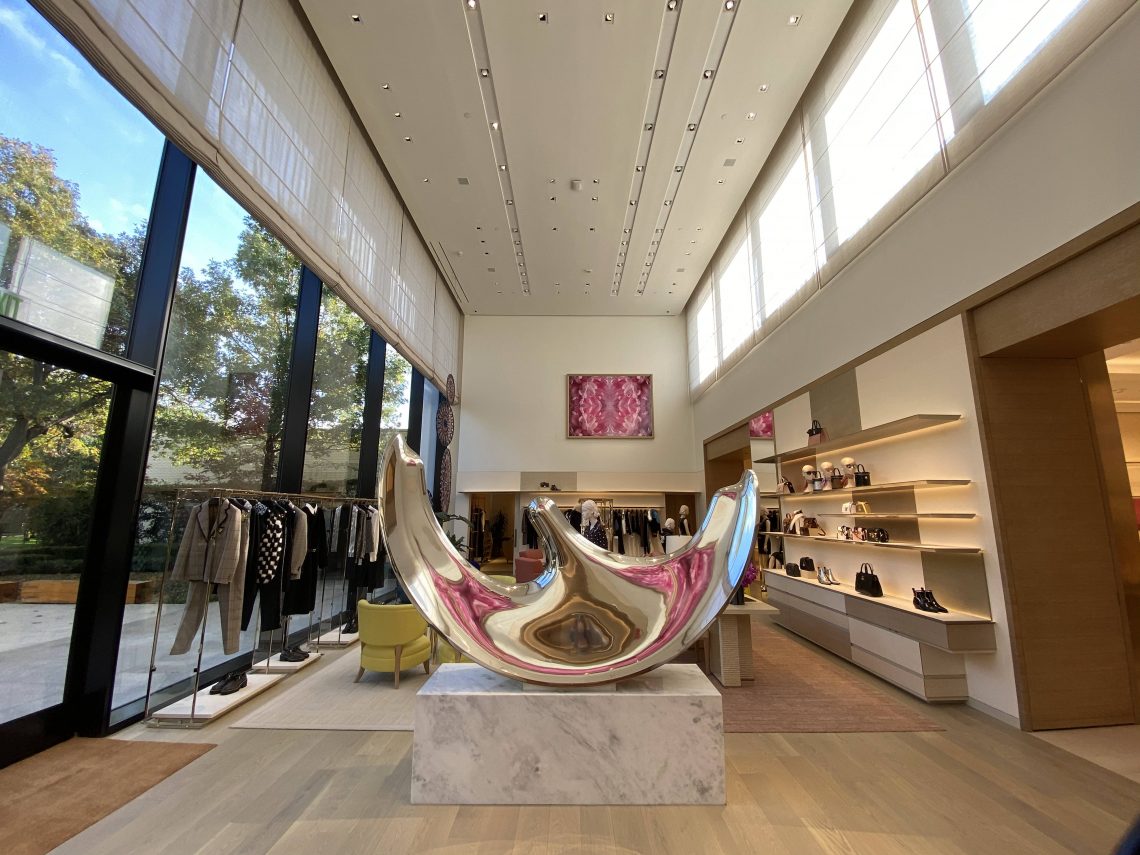 SAJO Builds Flagship for Louis Vuitton in Dallas Amidst the Pandemic

The renovated LV flagship at NorthPark Mall re-opened its doors on November 14th, 2020 to the delight and wonder of shoppers. 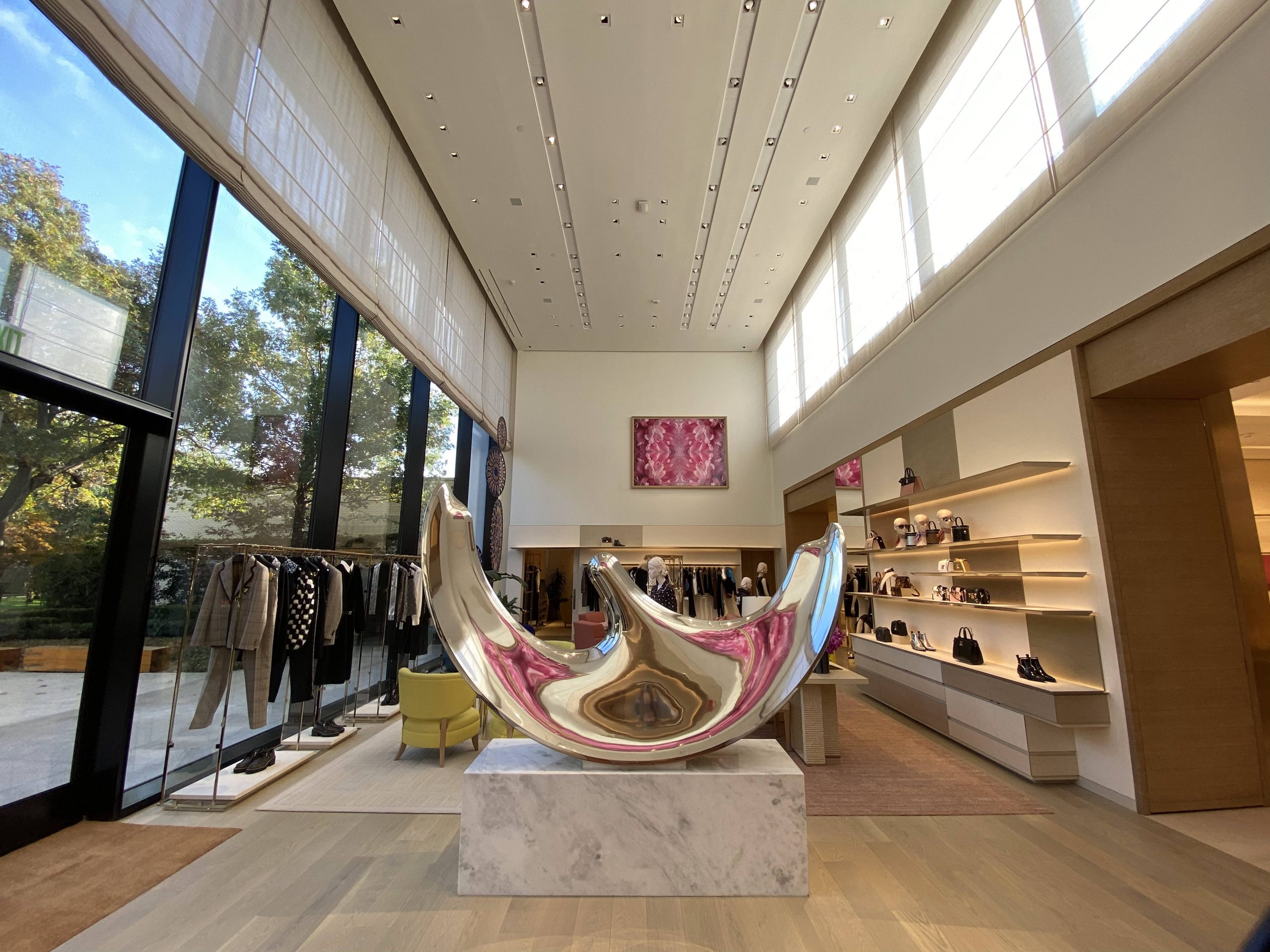 Dallas, Texas became a destination of choice for the luxury retailer when it opened its first store at Galleria Dallas, its second at Northpark Center, in 2009 and subsequently its third, at the Shops at Clearfork in Fort Worth. In 2020, Louis Vuitton embarked on a vast expansion and renovation of its flagship store at Northpark Center and entrusted SAJO with the daunting task of undertaking the full-scale project as well as navigating the rigorous entry and worksite requirements of the upscale mall.

The renovated LV flagship at NorthPark Mall re-opened its doors on November 14th, 2020 to the delight and wonder of shoppers. The expanded space, encompassing 10,397 square feet, was an artistic triumph featuring original artwork, vintage furniture pieces by prominent designers and historical objects from Louis Vuitton’s archival collections. Among the highlights of its aesthetic appeal are a grand entry, illuminated ceilings, floor-to-ceiling windows, rich and innovative materials, and colorful displays of unique art and design, all of which infuse the traditional Louis Vuitton style with ultra-modern allure. 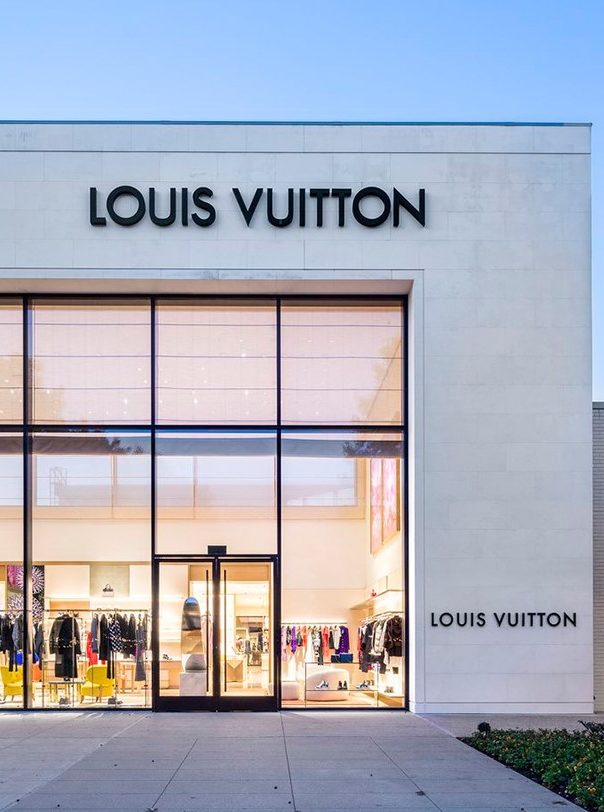 For SAJO, the project undertaking, which began in March of 2020, proved to be momentous as it coincided with the advent of the pandemic and the panoply of COVID-19 restrictions that derailed the schedule and conventional methods of operating. A complete five-week shutdown of the site came into effect and only SAJO’s superintendent was permitted to remain physically on site. In the face of uncertainty and confusion, SAJO teams were faced with having to devise viable means for dealing with the new reality of mandatory work stoppage and confinement. In view of impending deadlines and multitude of directives from government, mall landlord, client, and company, in response to the pandemic, this proved to be no small feat!

During this five-week period, SAJO and its stakeholders strategized to implement technological platforms by which to conduct operational activities and facilitate communication among all parties, remotely.

A series of separate but integrated technologies, applied from the planning to the construction phase, served to circumvent multiple displacements to the jobsite, to accelerate performance and to yield high accuracy in measurement, layout and design. 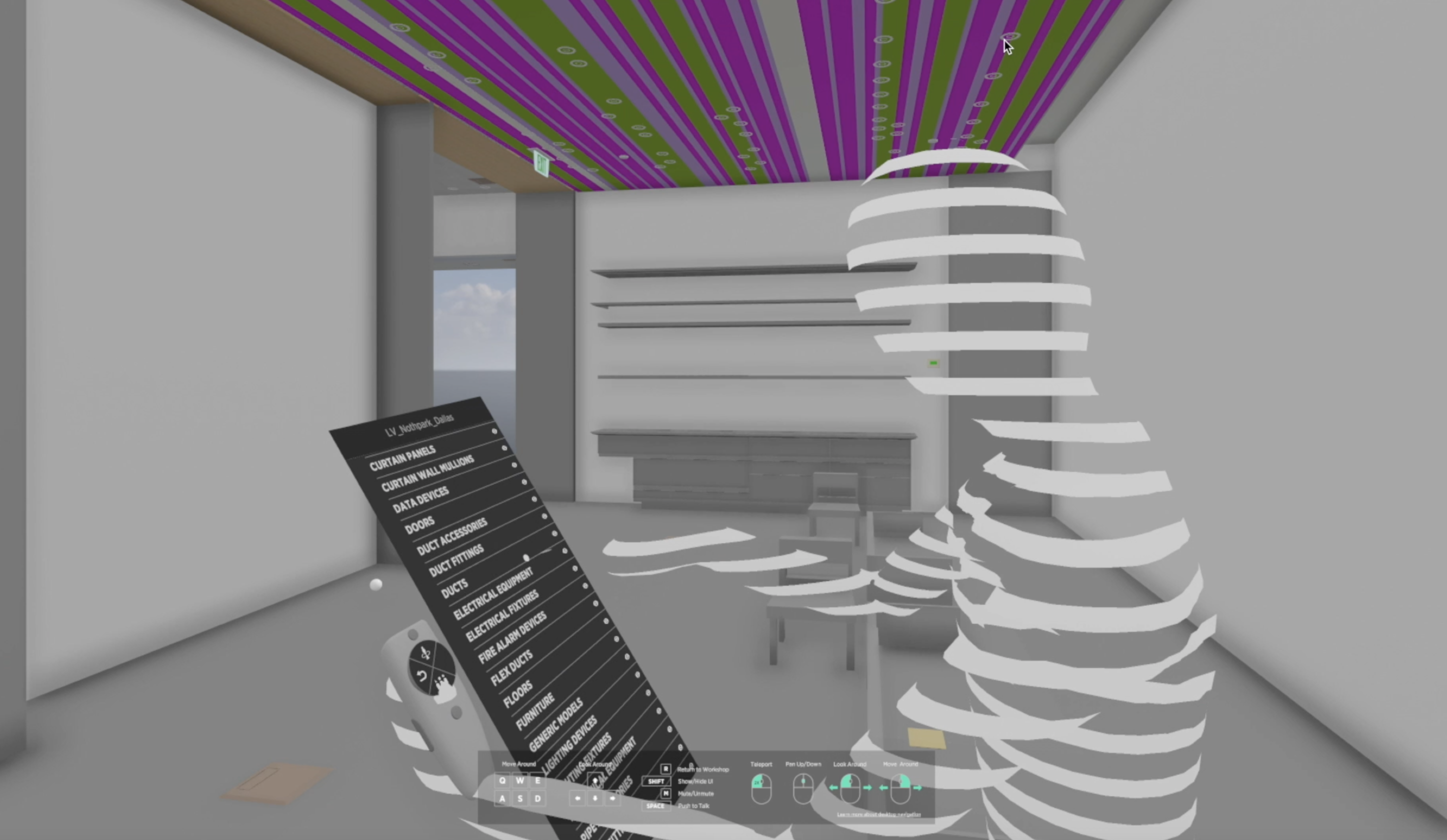 At the outset, a digital, point cloud file derived from multiple scans (photometric and laser) of the physical space, was created and subsequently integrated with the architectural plans to be then transformed into a 3D digital model and BIM platform. These digital files were shared by the client, the architect the general contractor and others to detect clashes and adjust plans in virtual reality prior to undertaking construction in the real space. An online collaborative whiteboarding digital platform enabled dispersed teams to work effectively together, from brainstorming, to planning and managing agile workflows. 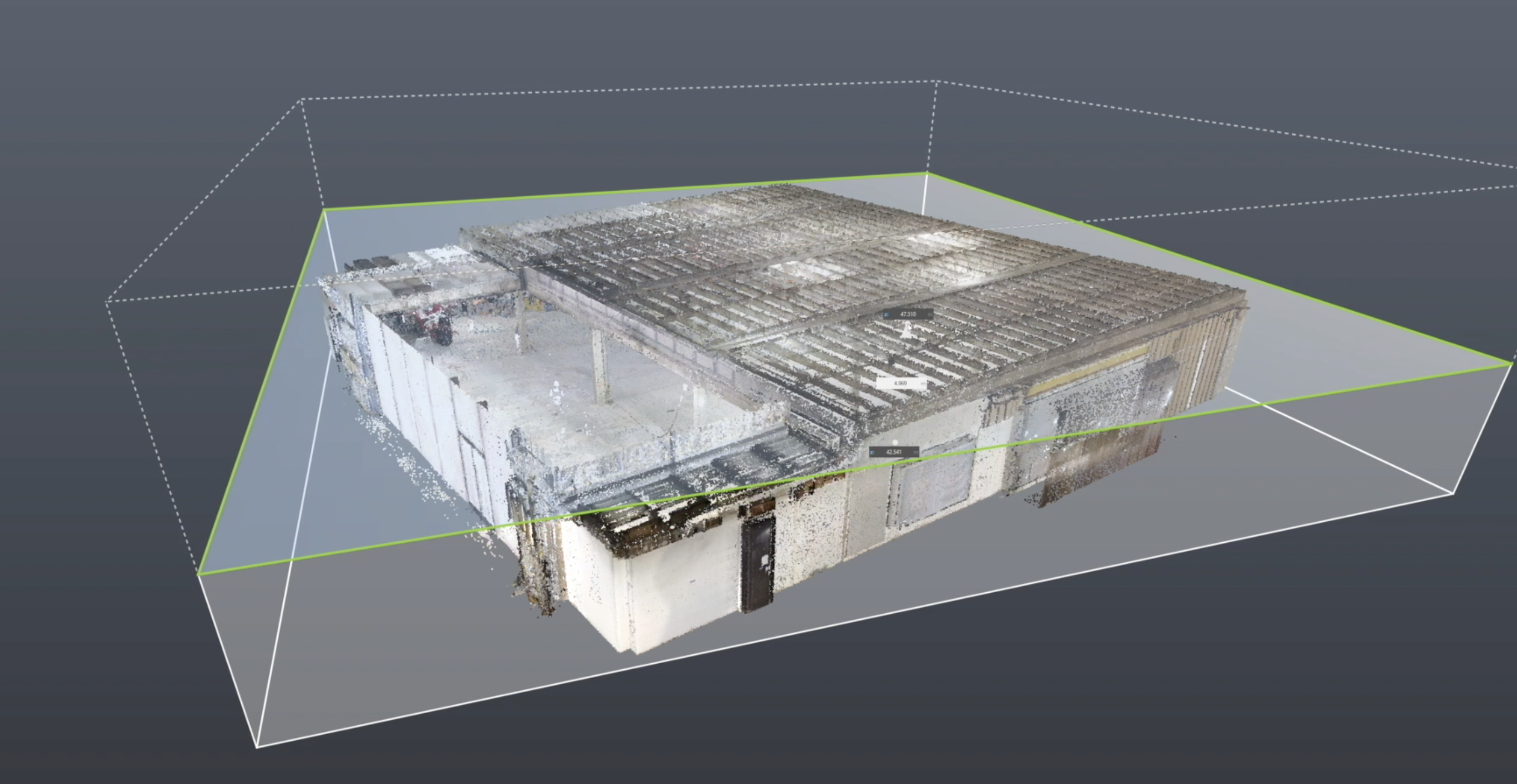 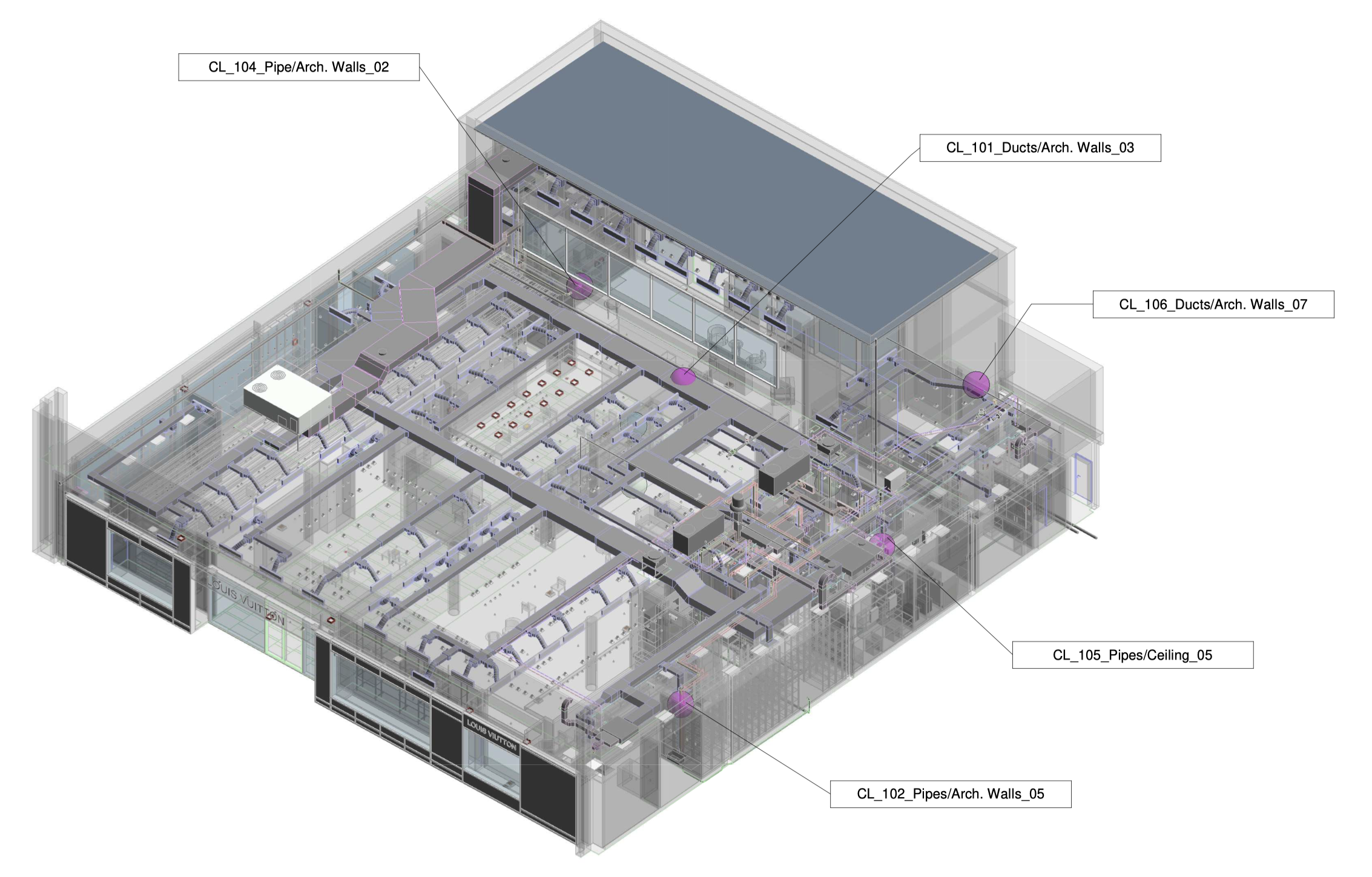 Once construction was undertaken, weekly site meetings of the physical space were conducted virtually. A centralized cloud-based, project management tool made it possible to create and share fully immersive experiences and to engage in seamless communication throughout the project, in real time. 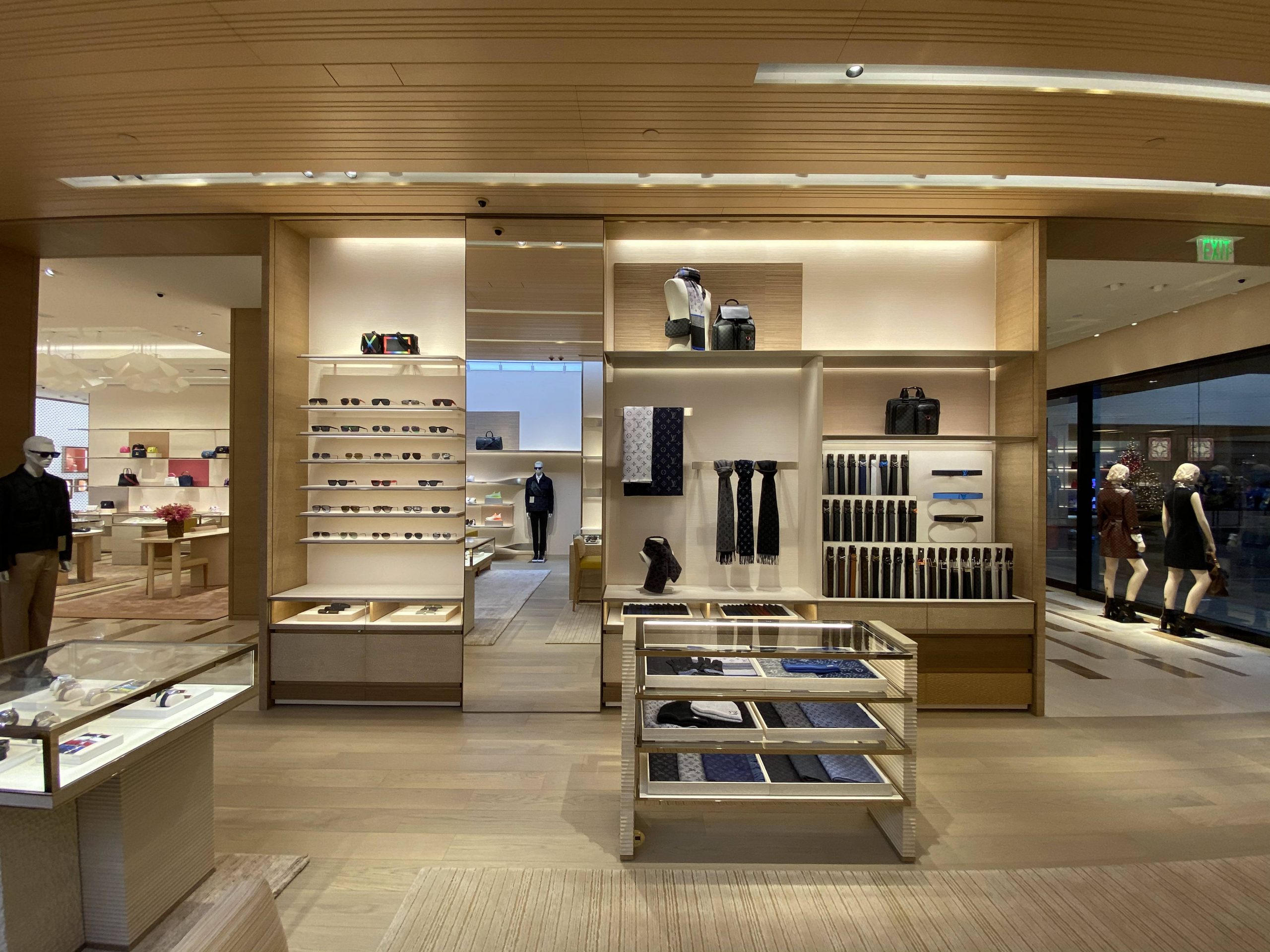 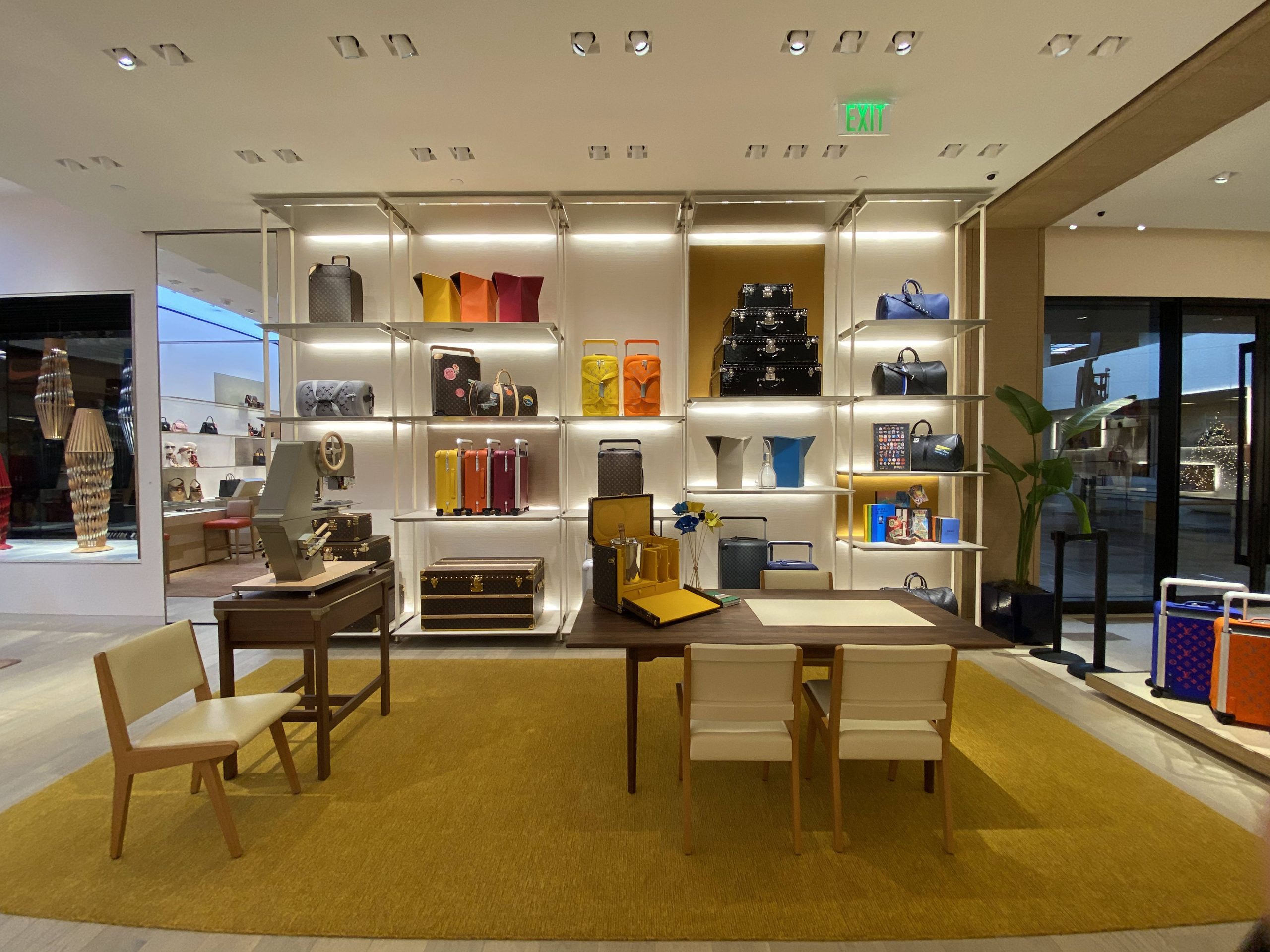 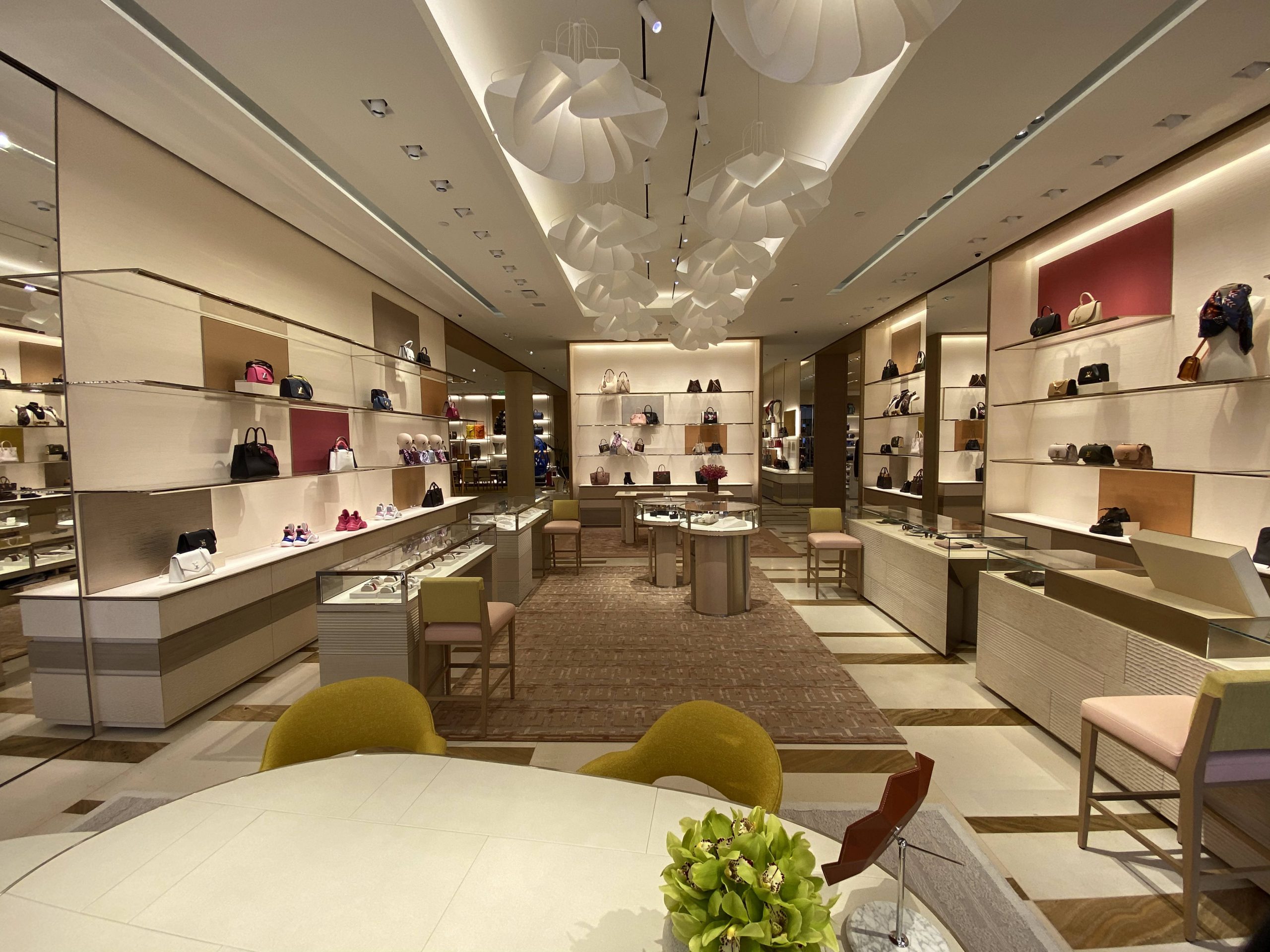 The project was successfully completed, albeit past the original deadline, primarily in view of the five-week stoppage due to the outbreak of the COVID-19 pandemic. The final project was considered an admirable accomplishment, largely attributable to the resilience, resourcefulness, and perseverance of the entire SAJO team. Louis Vuitton NorthPark will always be remembered as a triumph and as a symbol of ingenuity and fortitude, as it was built amid an unprecedented global crisis and during the start of an unsettling and challenging time.