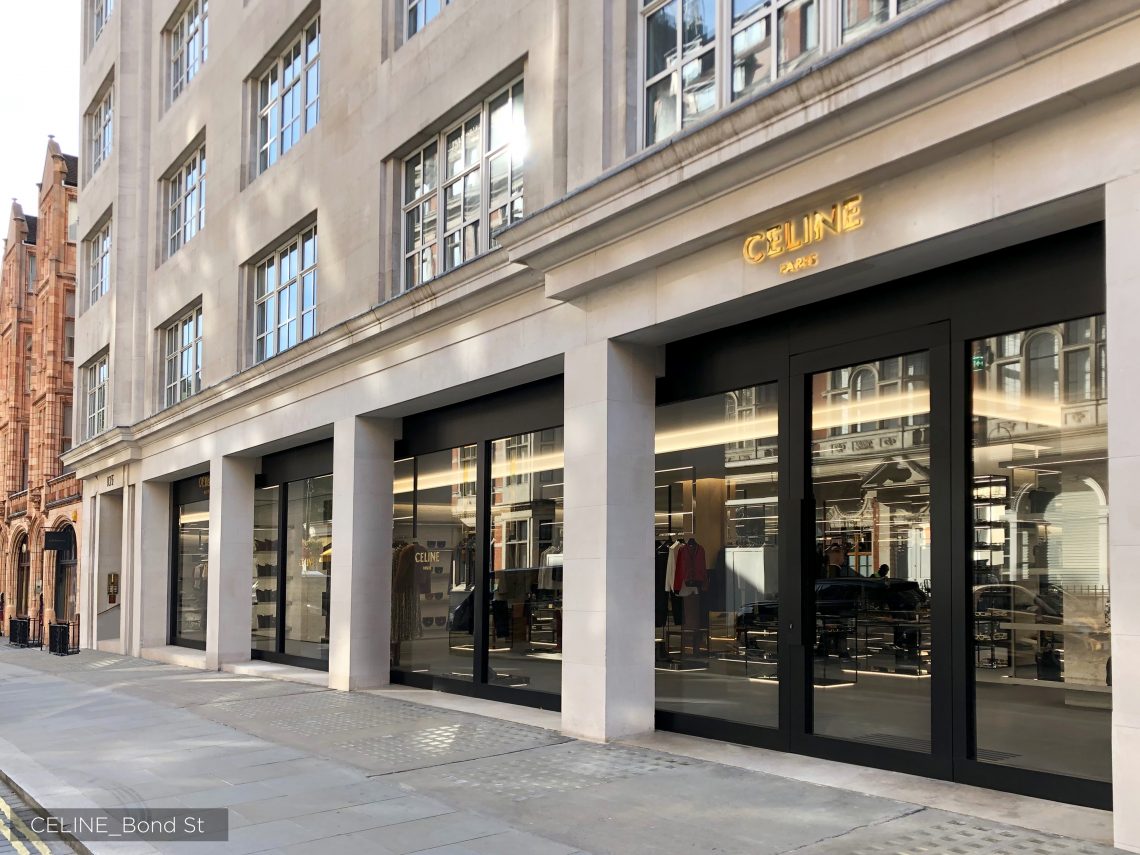 Under the guidance of renown designer Hedi Slimane, Celine chose SAJO’s Euro team to bring them to life, continuing its successful partnership. 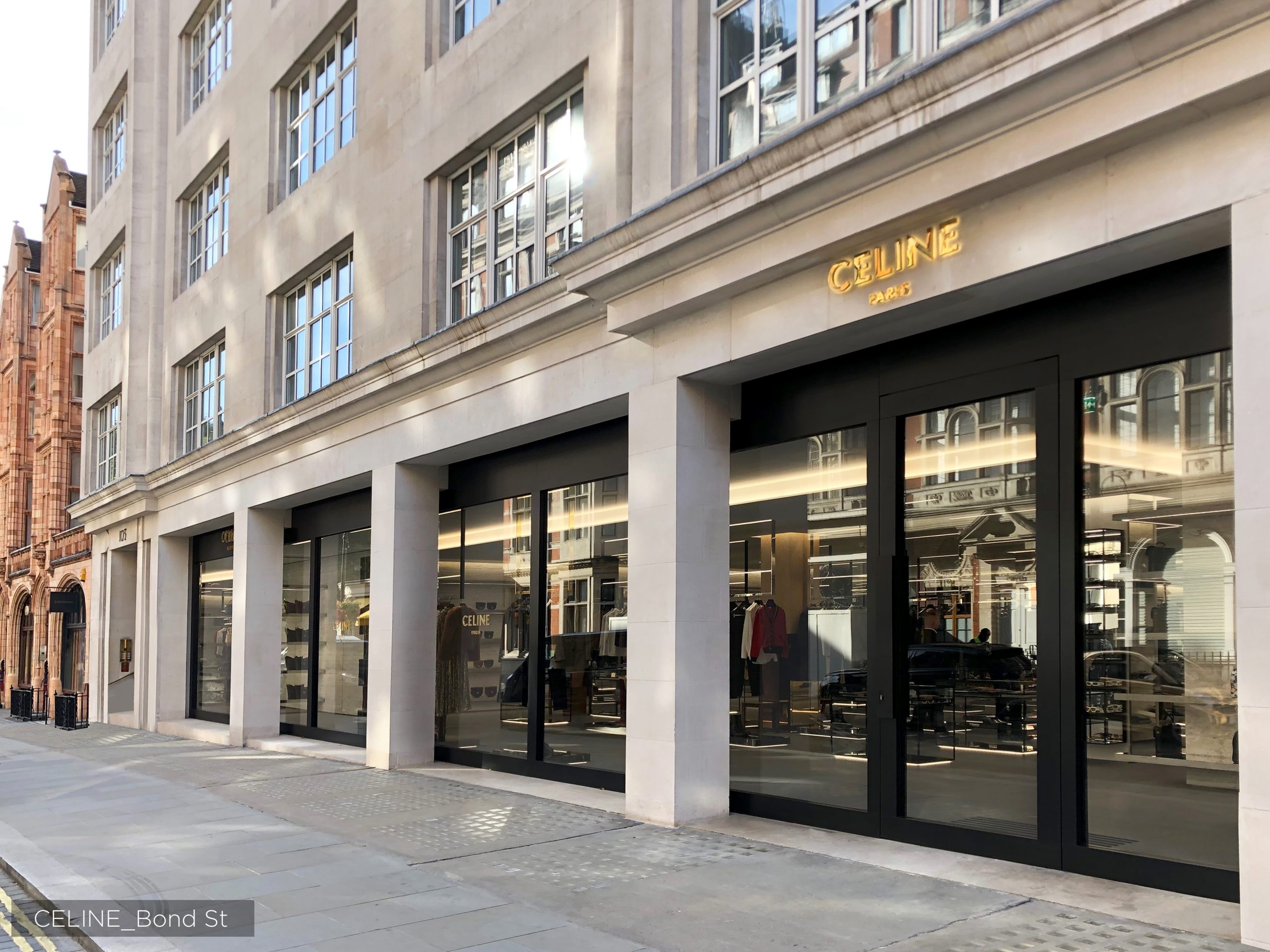 The French brand, CELINE was created in 1945 by Céline Vipiana. Originally, a retail business in made-to-measure and exquisitely crafted children’s footwear, its first boutique opened at 52 rue Malte in Paris. In 1960, the brand’s product line was changed to women’s ready-to-wear and sportswear attire with special focus on the trench coat. The fashion label grew in popularity as the practicality, simplicity and minimalist chic, and Vipiana subsequently unveiled a slew of related products, a women’s shoe line in 1963, a new fragrance «Vent Fou» in 1964, and a range of leather accessories, in 1966. The success of the latter prompted the brand’s opening of a leather goods factory in Florence. 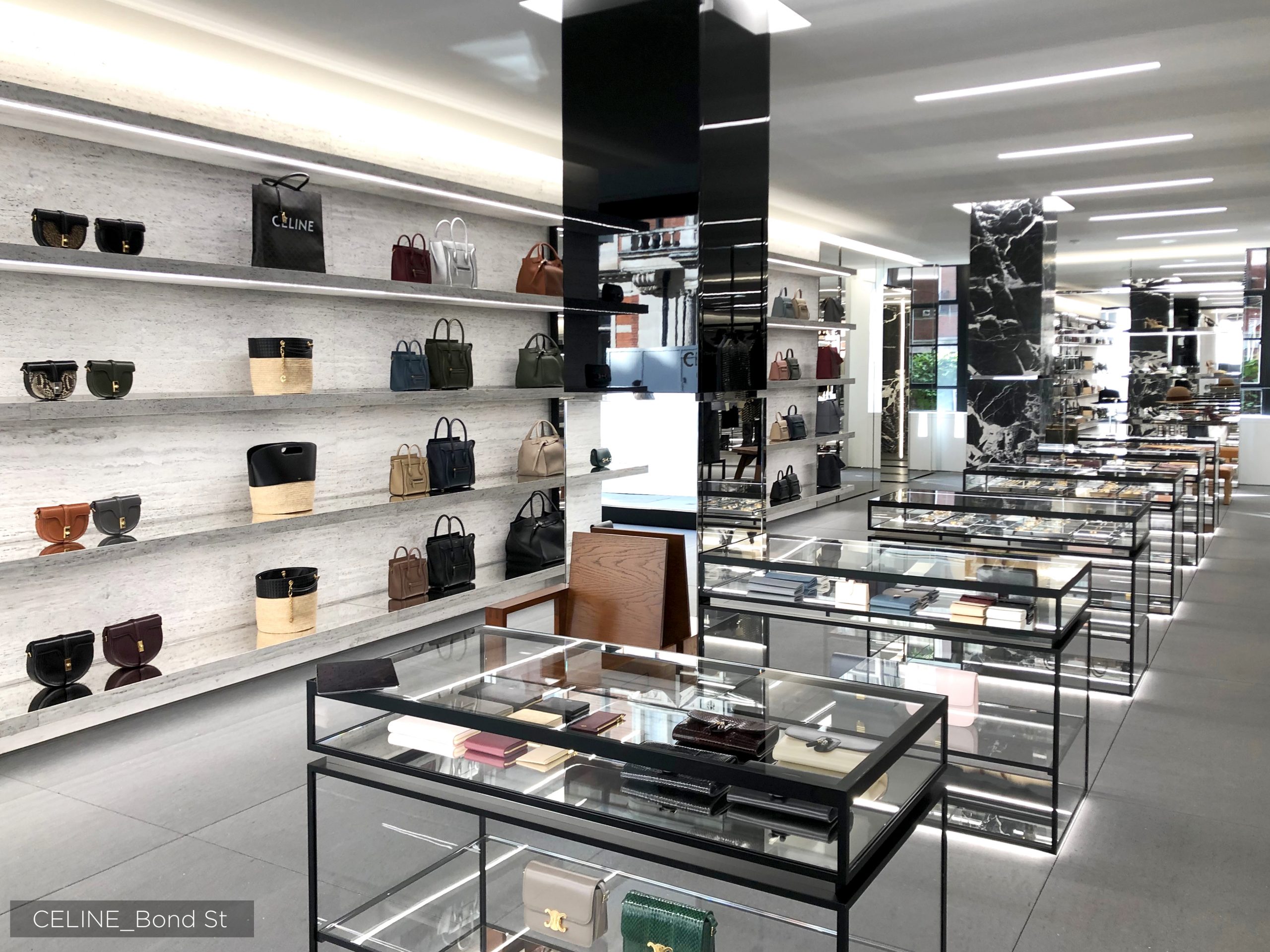 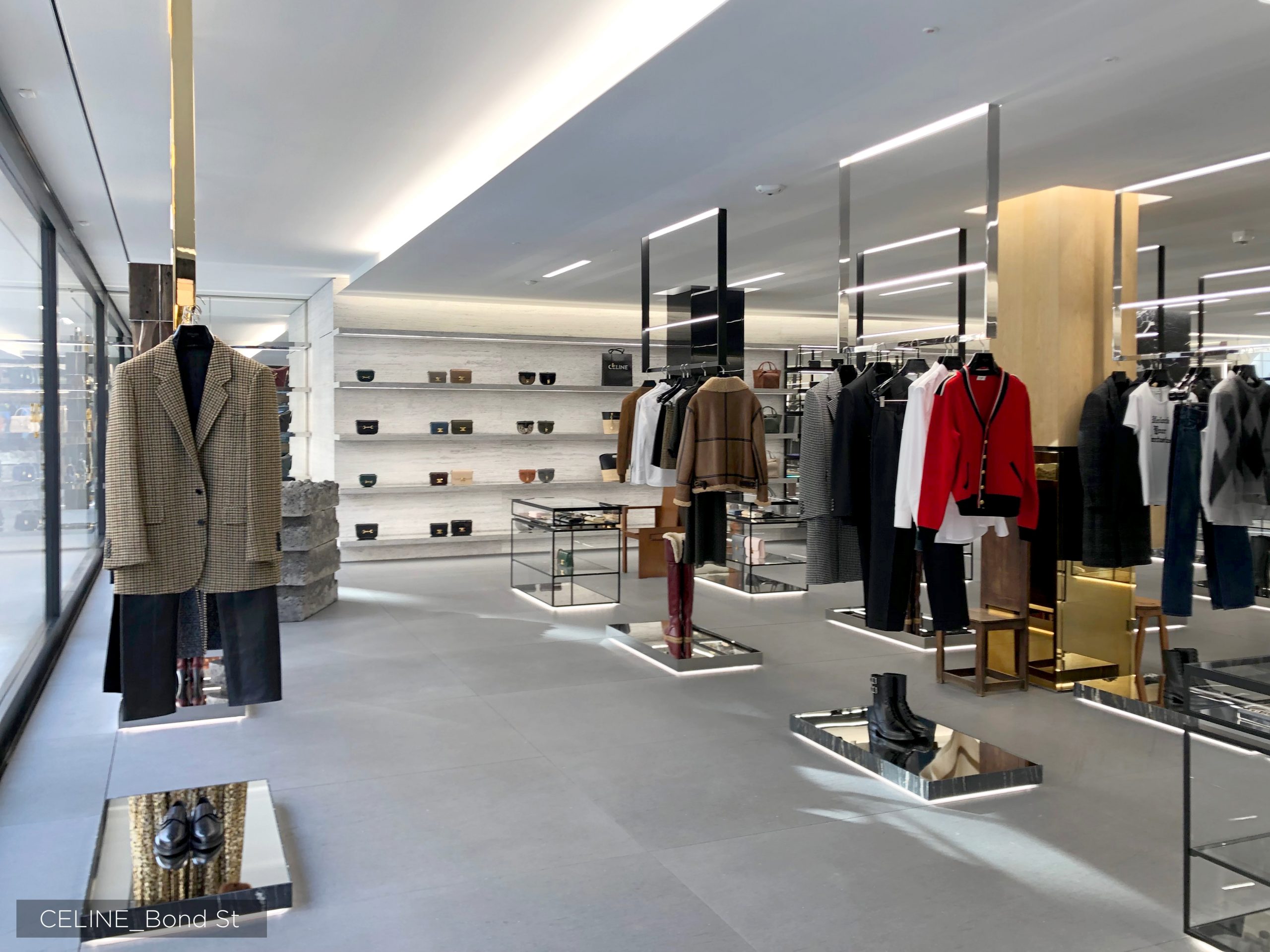 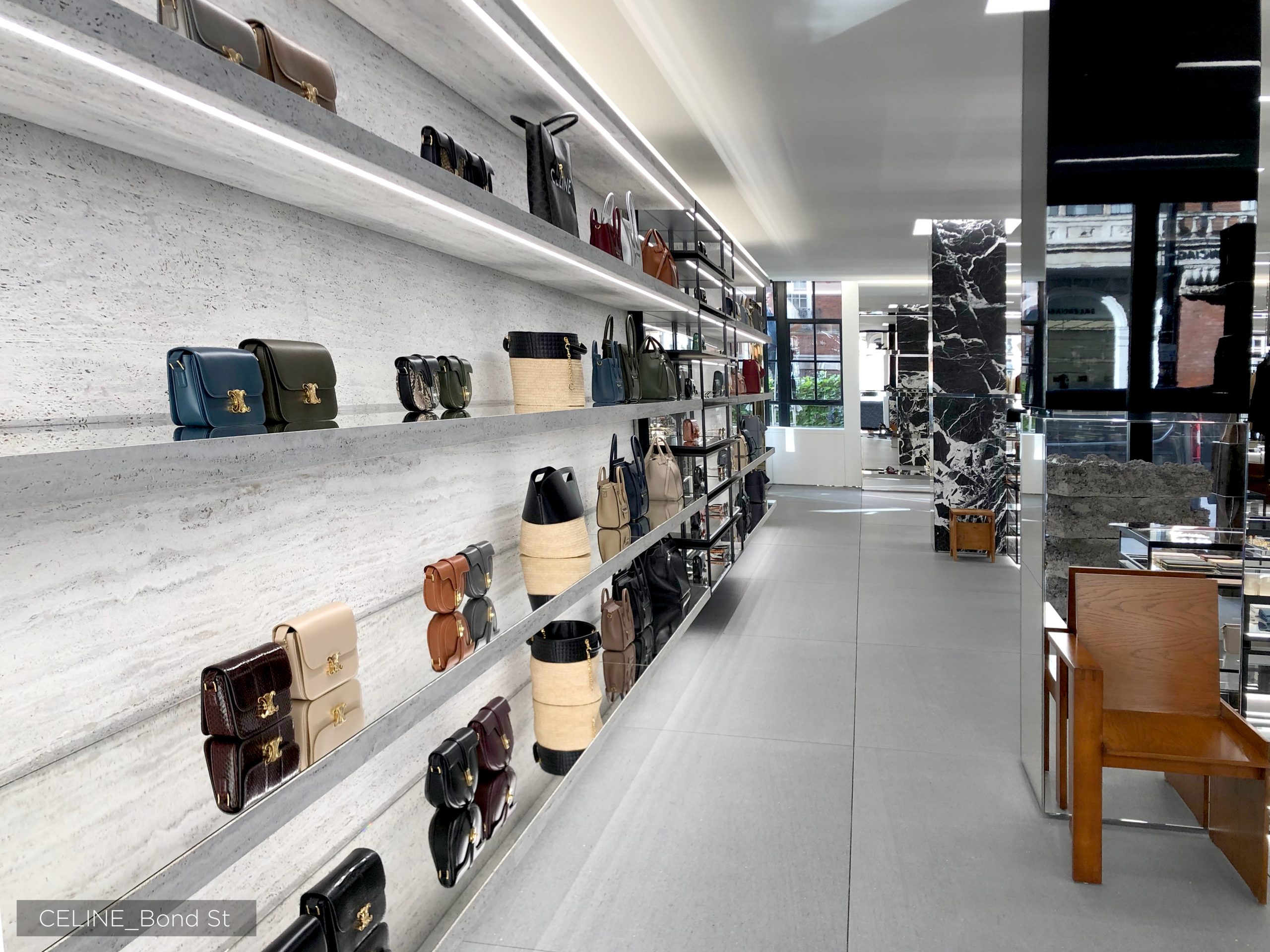 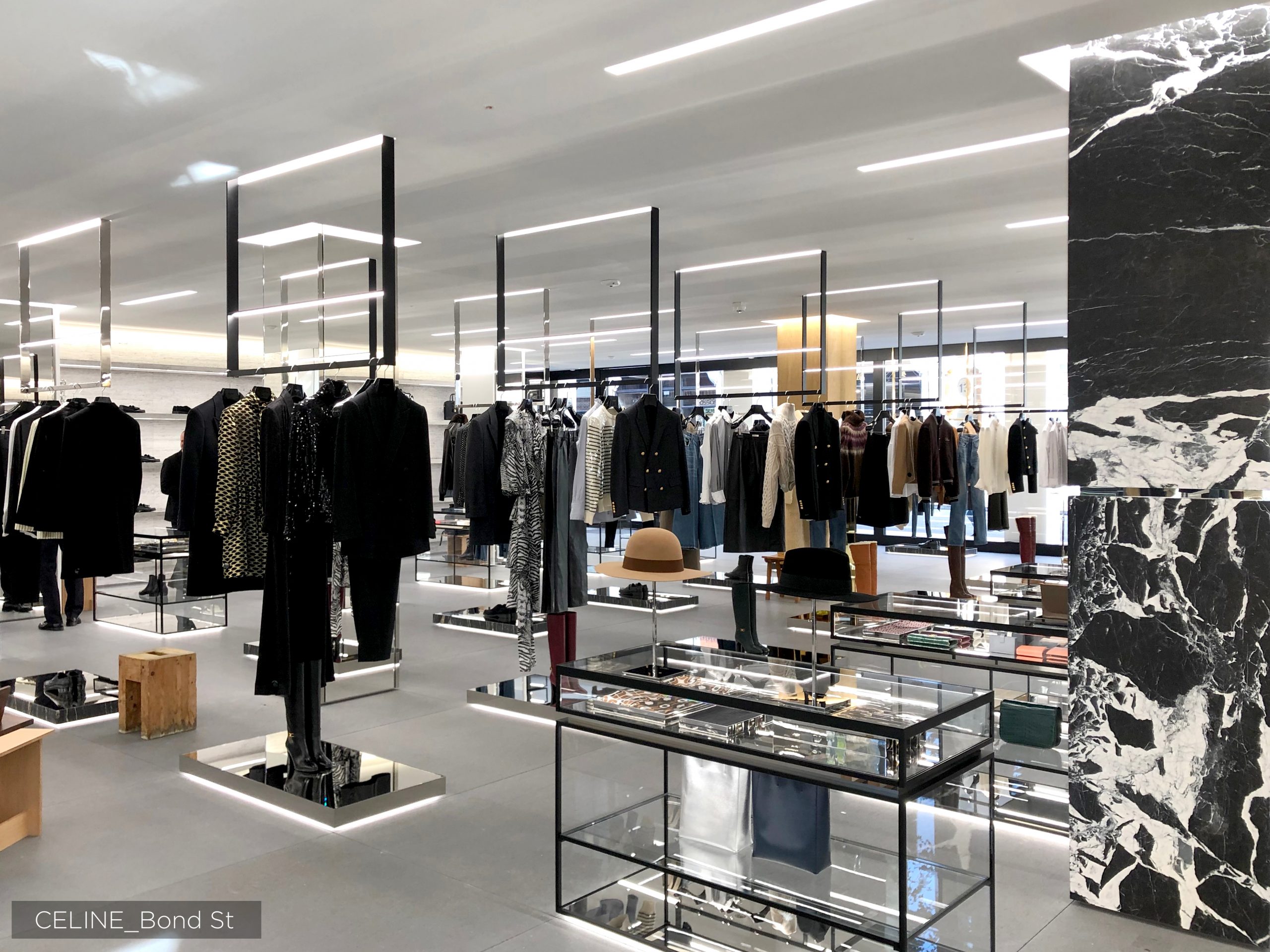 CELINE’s international expansion began in the 1970’s, with the opening of boutiques in such exclusive retail hot spots as Monte Carlo, Geneva, Beverly Hills and Hong Kong. It was not until 1996 with the opening of a boutique at 36 avenue Montaigne in Paris, pursuant to the brand’s integration into the LVMH luxury conglomerate, that the label was propelled to new heights. CELINE now owns close to 150 stores worldwide and is distributed through a network of high-end department stores in Paris, London, New York, and beyond.

Céline Vipiana remained designer of the luxury fashion house from 1945 until her death in 1997, at the age of eighty-four. Her notable successors were the American designer, Michael Kors and the British designer, Phoebe Philo who is credited with having revitalized the brand over the course of her ten-year tenure as creative director. 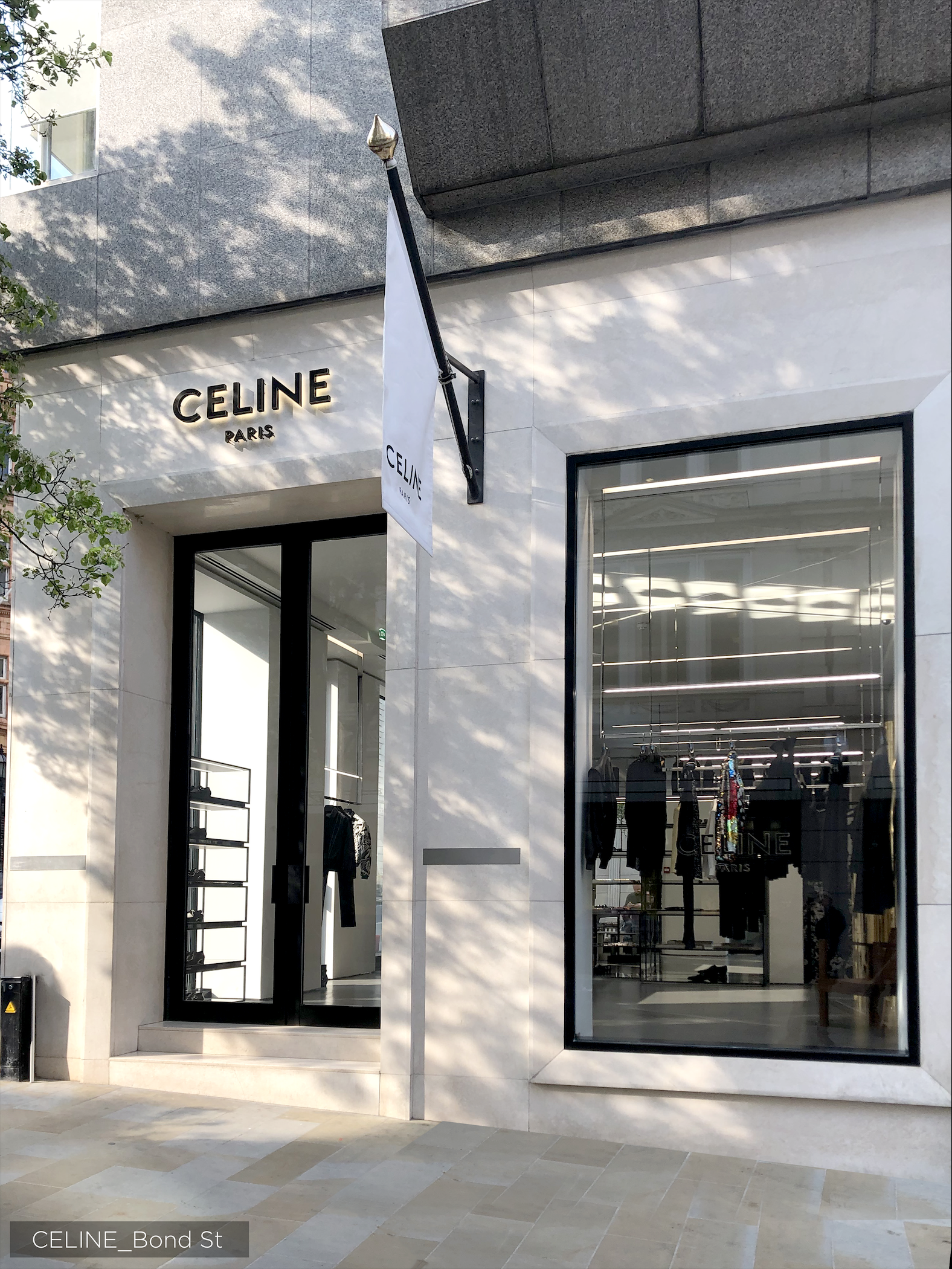 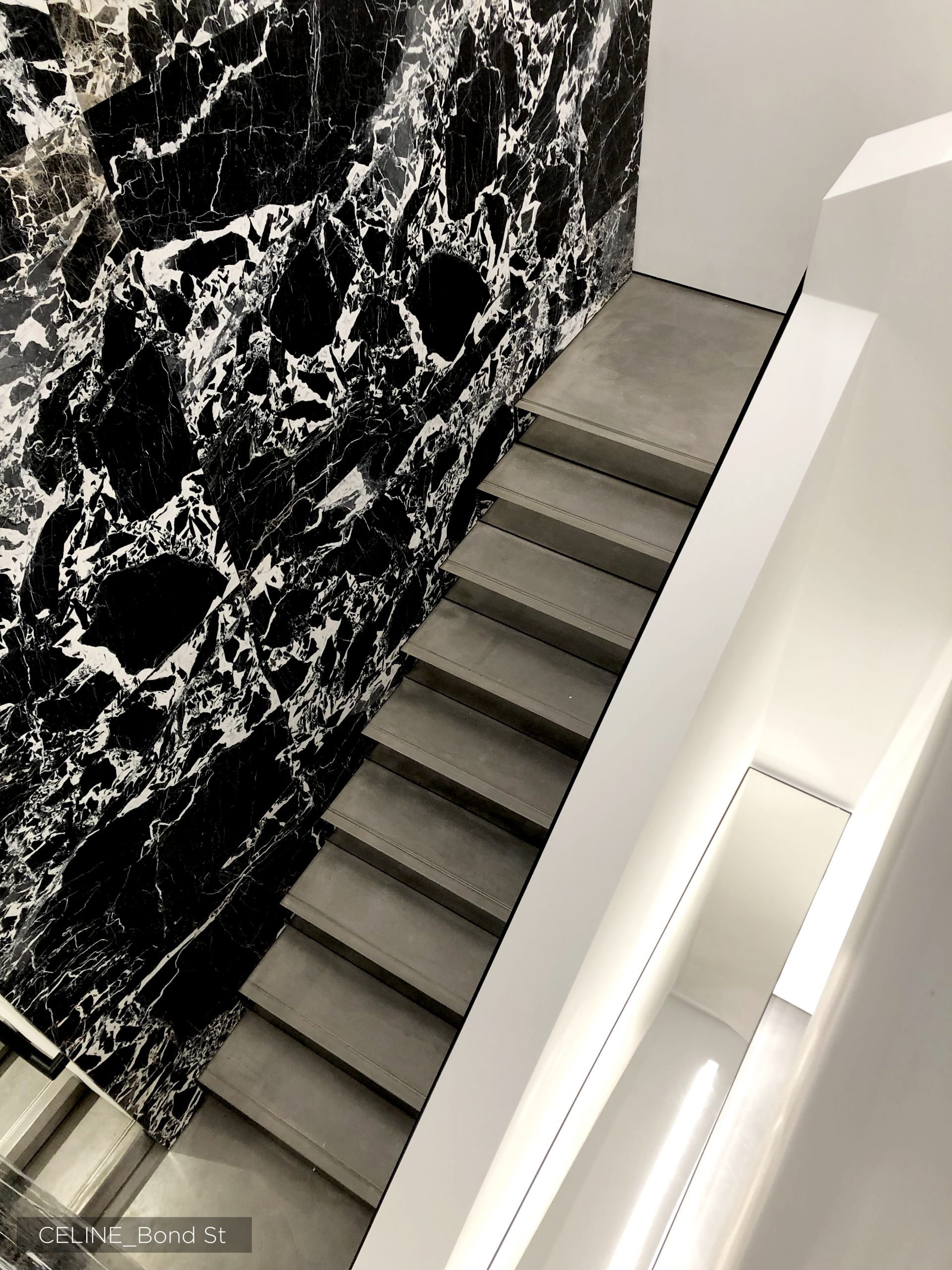 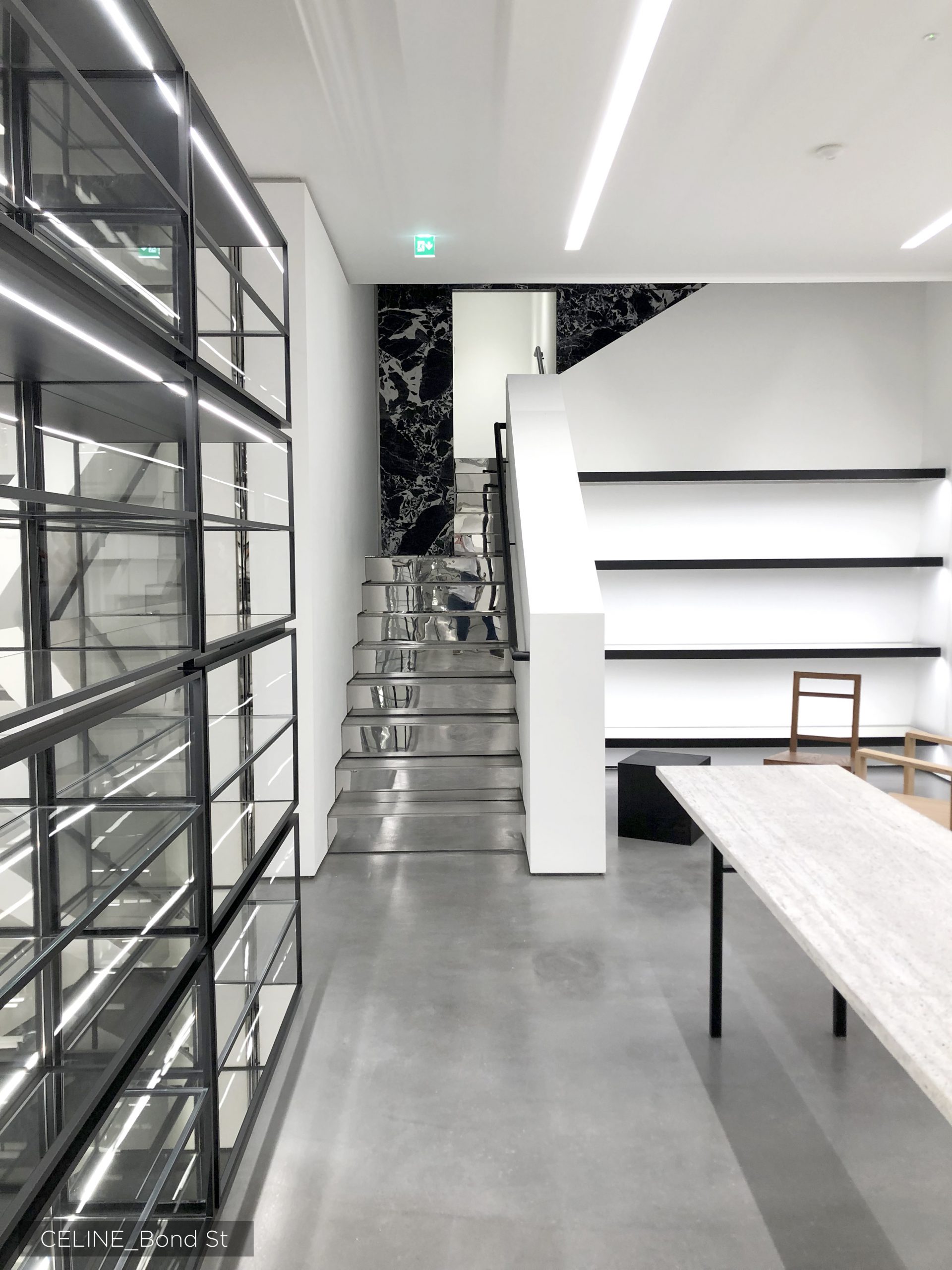 It was not until 2018, with LVMH’s appointment of designer Hedi Slimane as Artistic, Creative and Image Director of CELINE, that the retailer’s offering was extended to men’s couture collections and that the brand’s design concept was thrust in a new direction. CELINE flagship stores worldwide, from Paris to Tokyo, were redesigned and refurbished according to Slimane’s creative vision of a youthful, ultra-modern and culturally vibrant retail space. Its characteristic features are spacious and sleek interiors furnished with sculpted pieces of natural rock, granite columns, brass structures, translucent displays, and fashionable wooden furniture, set against a backdrop of carefully selected artworks by known and emerging artists. 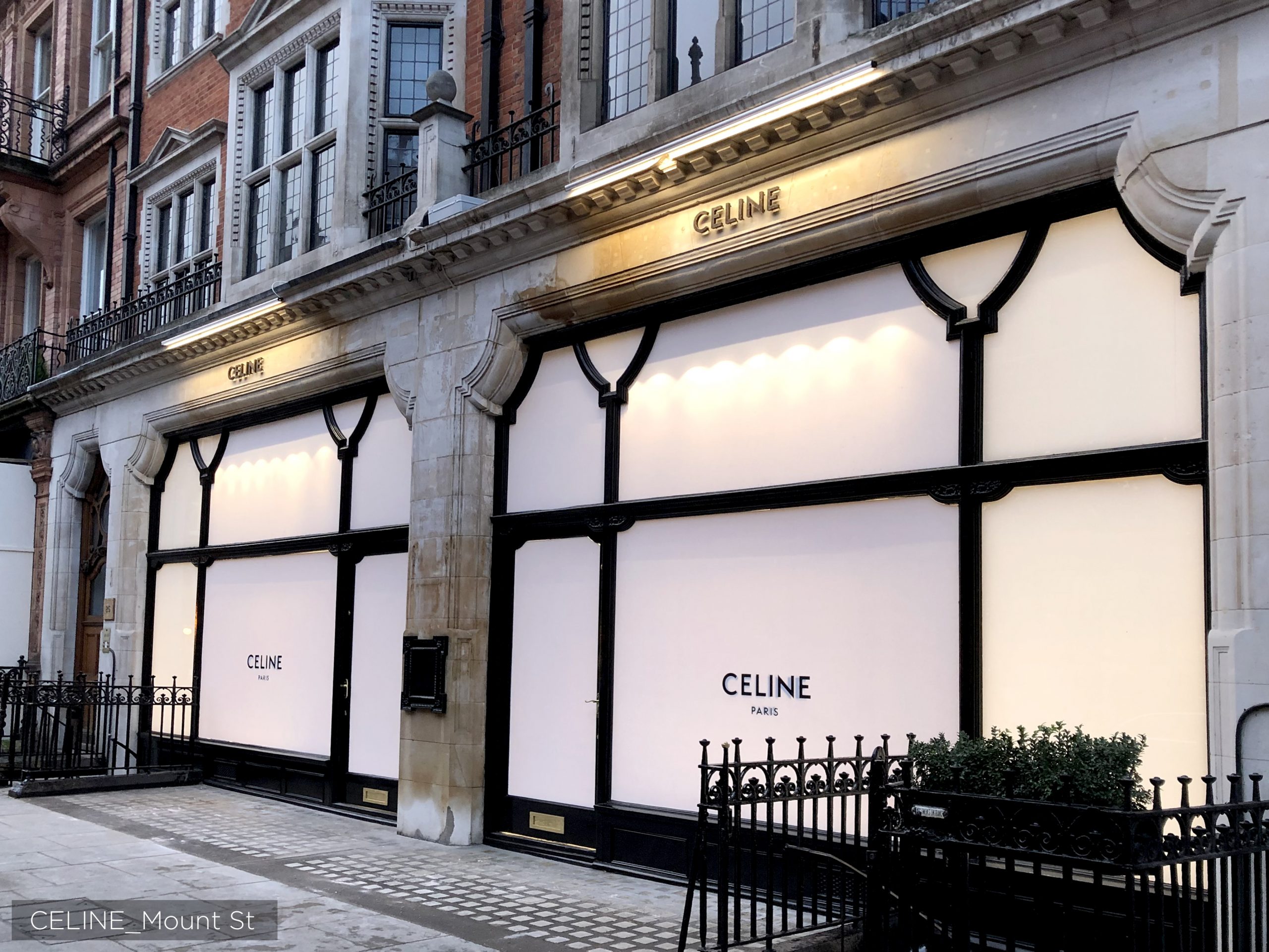 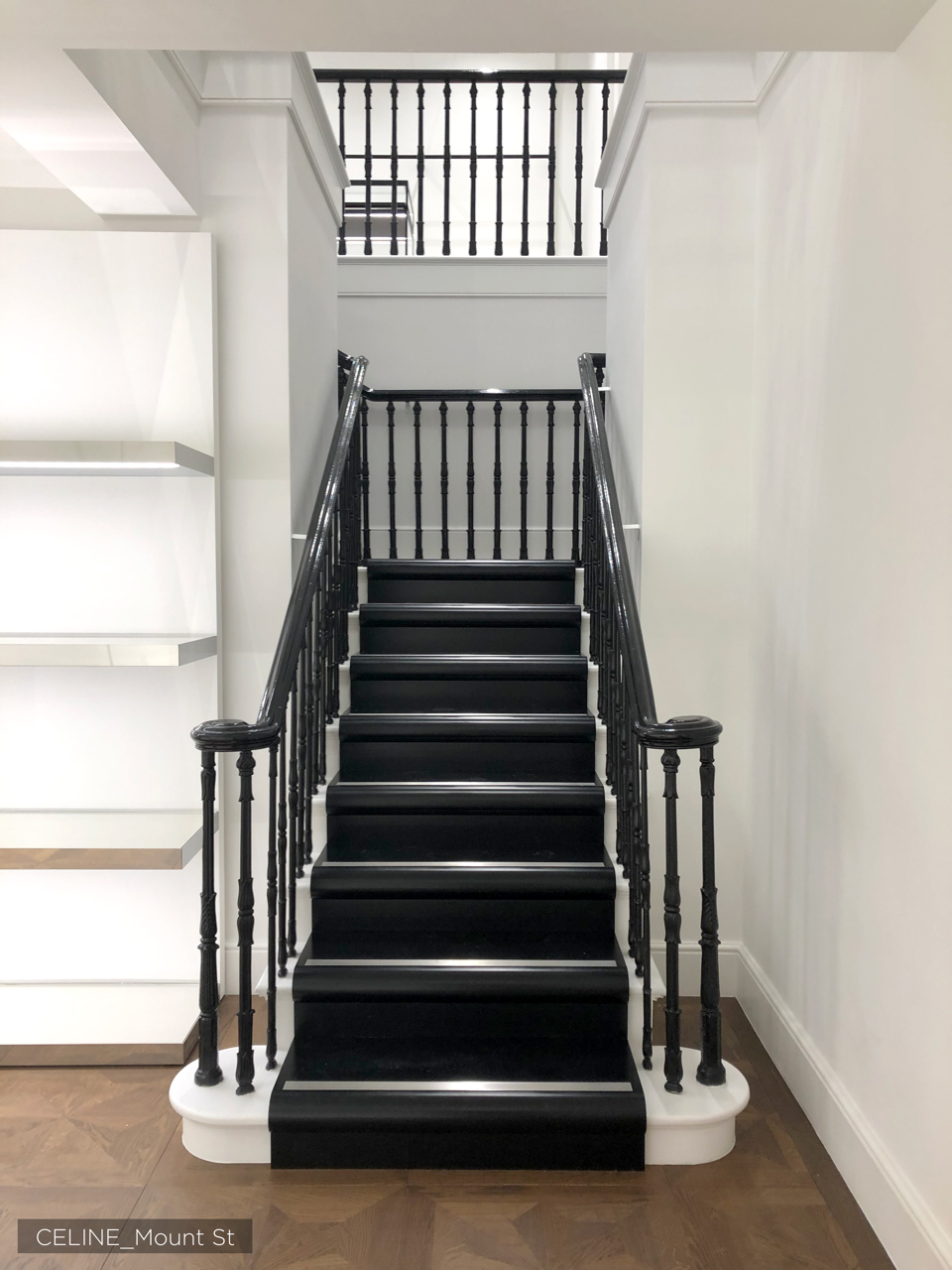 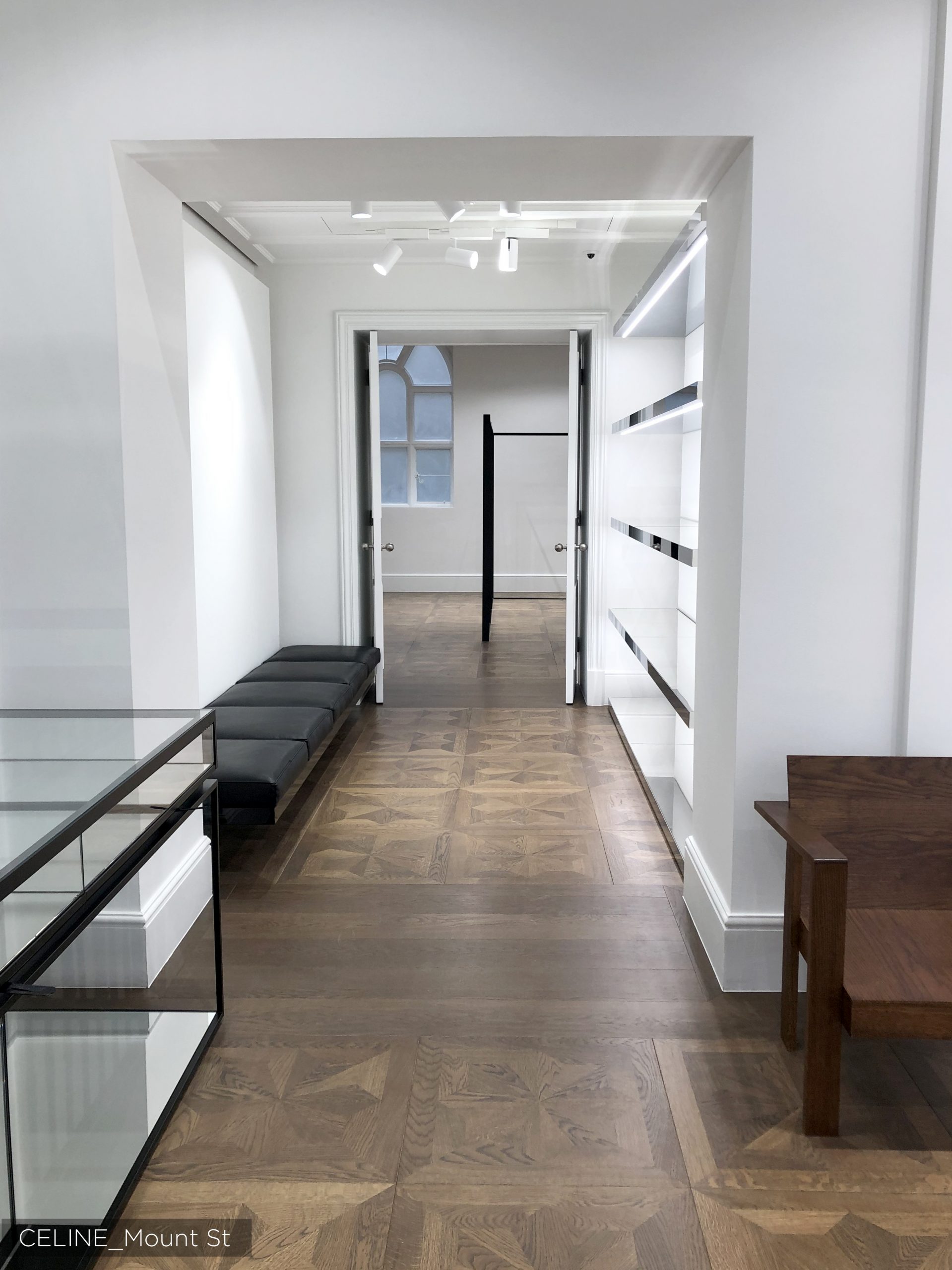 As part of Celine’s evolution, SAJO was granted the exciting opportunity to take part in the refurbishment of two CELINE flagship stores at the heart of London’s prestigious Mayfair district.