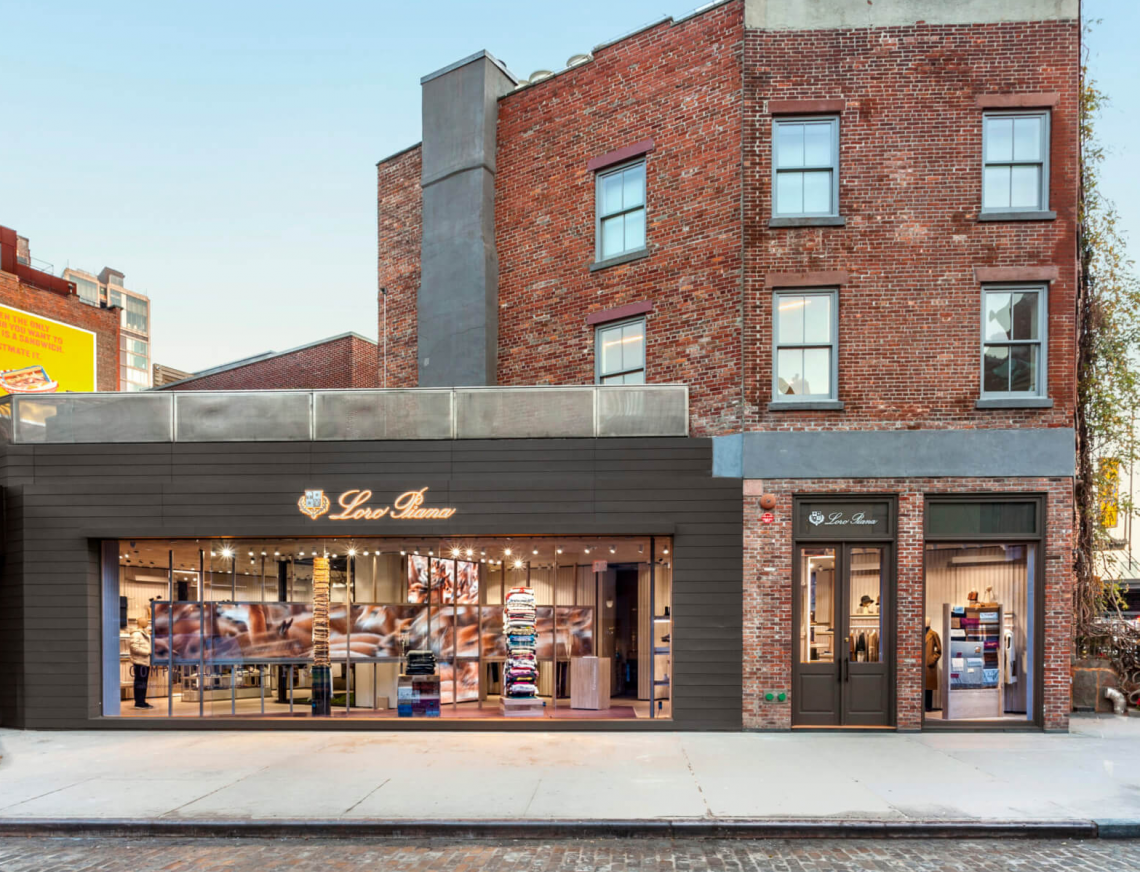 Loro Piana is a family business, formally established in 1924 by the engineer and entrepreneur, Pietro Loro Piana, in Corso Rolandi, Quarona, at the foot of the Italian Alps. The family’s expertise in textiles and luxury fabrics spans six generations and dates to the 1800’s when the family began as wool merchants. In 1941, Pietro’s nephew, Franco Loro Piana, took leadership of the company, expanding its business into international markets and establishing the company’s reputation as a supplier of premium wool textiles to the flourishing haute couture industry.

In the 1970’s Franco’s sons, Sergio and Pier Luigi Loro Piana, took the helm, and created a vertically integrated company with total control over quality standards at all stages of production, from the sourcing of natural fibers to design and product distribution. In addition, the brothers invested in the research and development of extra fine wool fibers and diversified into luxury retail, taking the brand worldwide. In 2013, they sold an 80% stake in the company to the French luxury conglomerate, LVMH, just months before Sergio’s passing at the age of sixty-five. In 2019, the company reached the 1-billion-euro sales mark. 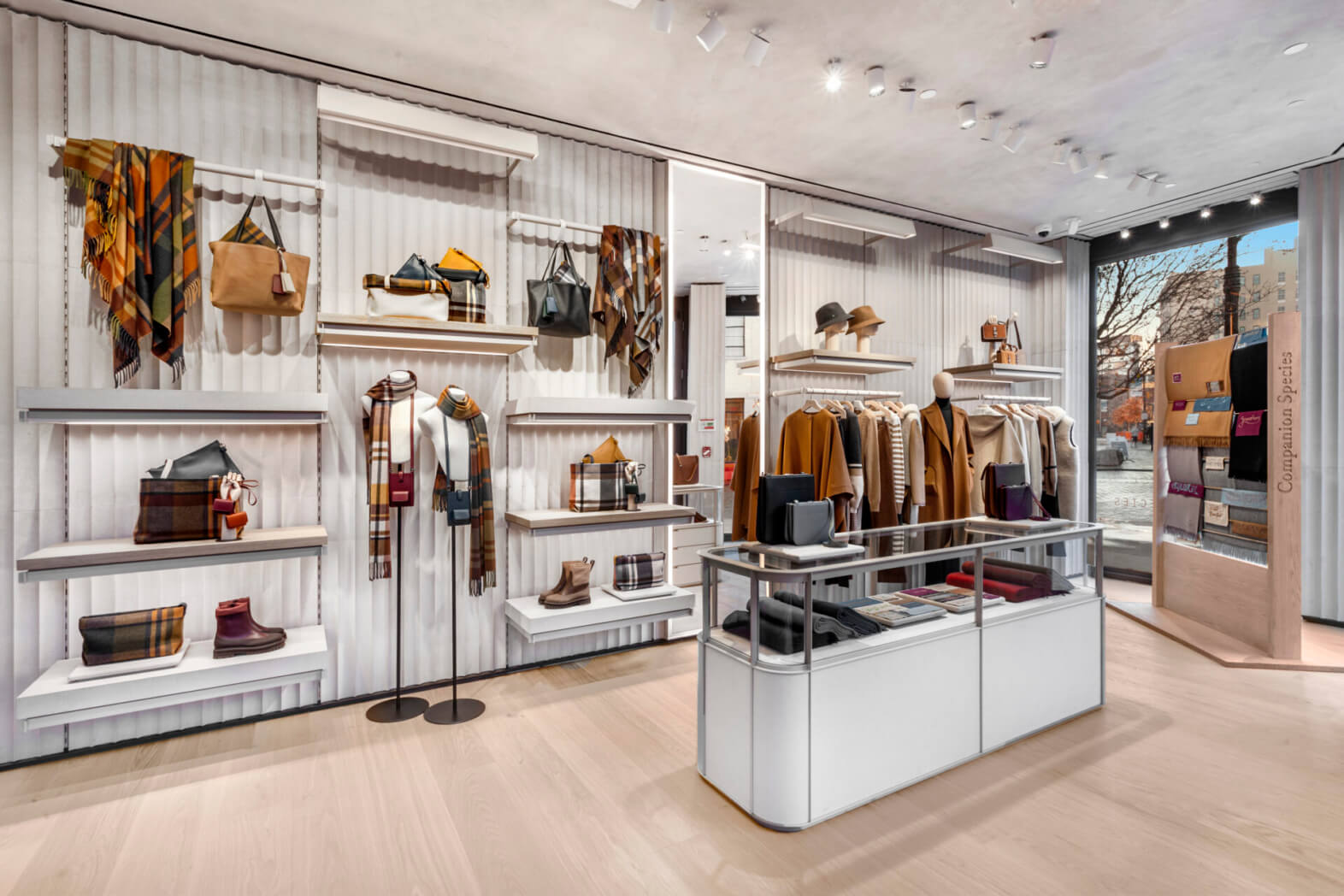 Since 2022, Loro Piana’s corporate headquarters is established in the heritage palazzo of Cortile della Seta in Milan’s historical core and artsy Brera district. Faithful to its roots, Loro Piana operates ten out of its eleven wool mills and manufacturing facilities, in Italy. In view of its meticulous and exacting production standards as well as its artisanal process and supreme craftsmanship, the brand is internationally recognized as the pinnacle of fiber processing and textile manufacturing. It is also well known for its role in the promotion of sustainable development. Loro Piana ensures that its natural fibers are sourced with environmentally viable methods, in collaboration with local populations and in conjunction with preservation policies and programs for the safeguard of rare animal species. 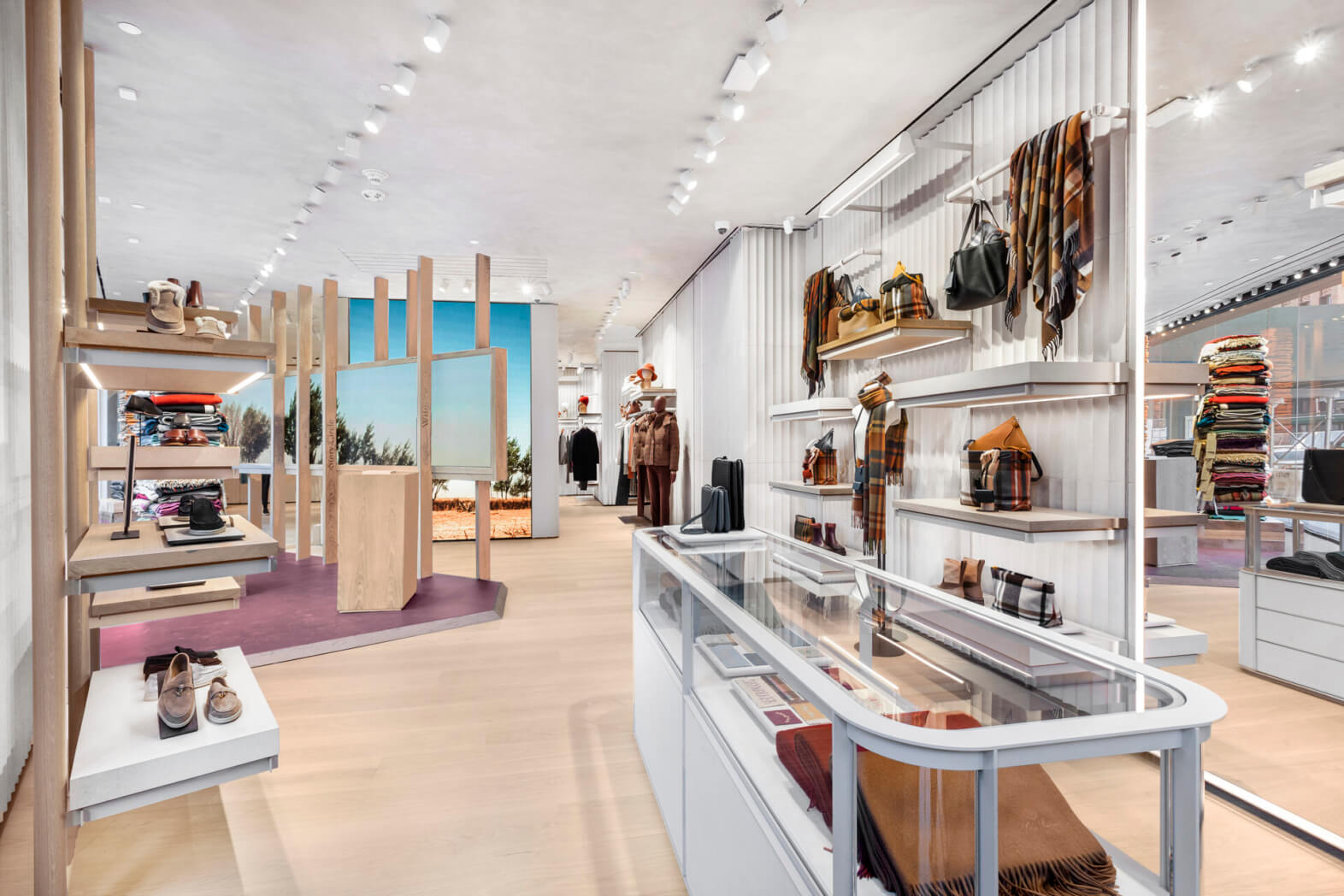 Considered the largest producer and leading purveyor of cashmere in the world, Loro Piana released in 2019, a three-film documentary, exploring the origins of its emblematic and iconic raw fibres. Deemed among the rarest and most exclusive in the world, the cashmere fiber is derived from the underfleece of Hircus goats and is collected by herders in the far-flung regions of Mongolia and northern China. The raw vicuña wool fibre, one of the most precious worldwide, is harvested in Peru, Bolivia, and Argentina and the merino wool, famed as The Gift of Kings wool, comes from a special strain of merino sheep raised in Australia and New Zealand. In fact, the superfine Tasmanian merino wool fabric produced by Loro Piana, is among the most sought-after materials for the confection of men’s suits. 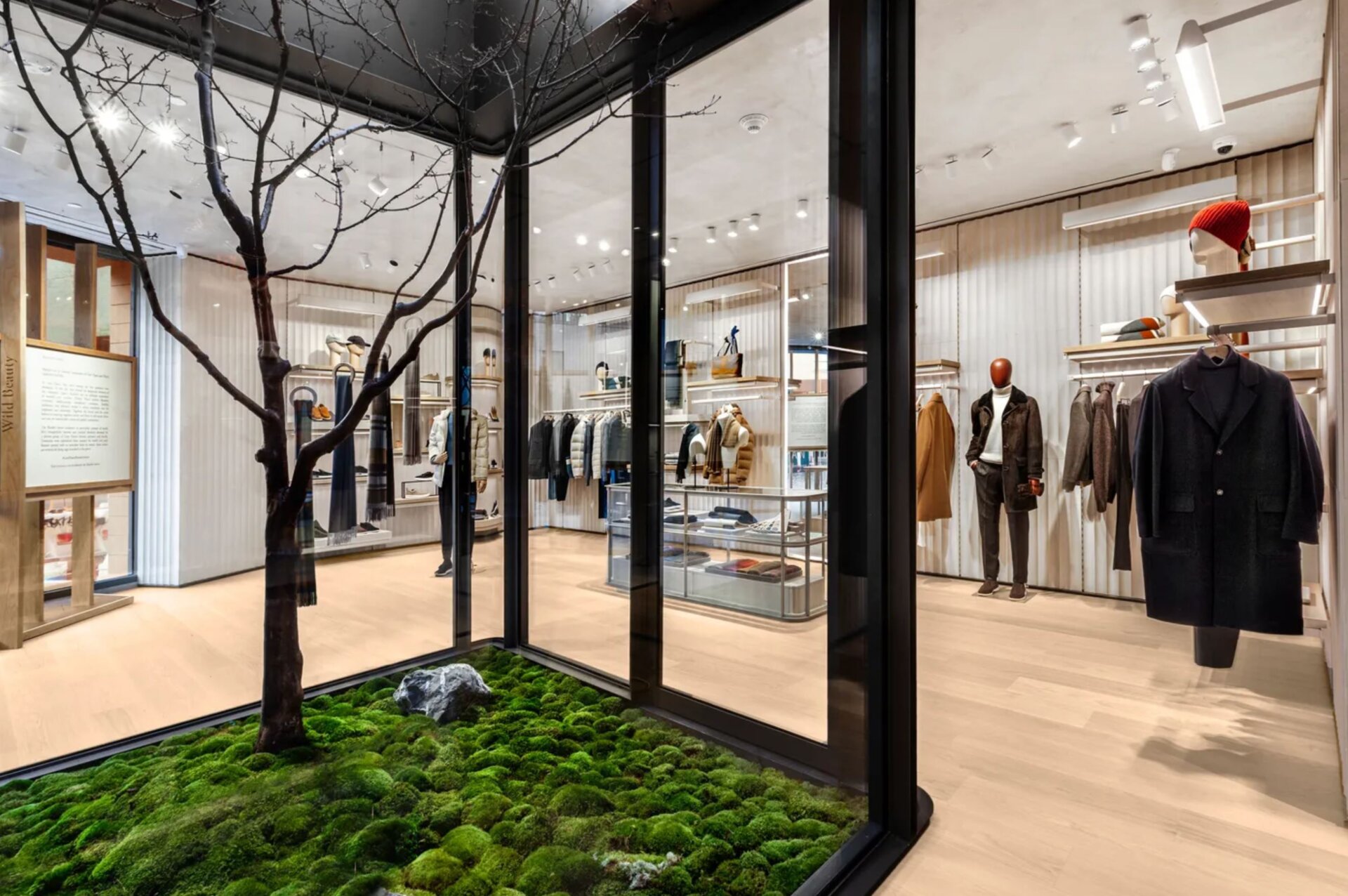 Among the brand’s recent store openings, is the Loro Piana flagship, in New York’s Meatpacking District. This open concept store, designed by the Belgian architect, Vincent Van Duysen, represents a new contemporary aesthetic for the company which blends into the industrial and urban surroundings of the area. In partnership with Loro Piana and in its role as general contractor, SAJO completed the construction of the 3,150 square foot space within a twenty-three-week period, from July to December 2020. Among its major tasks, SAJO provided structural reinforcement to the three-storey heritage building, restored the historic exterior façade, ensured high-end millwork and interior finishes, and meticulously executed the store’s design highlights. The latter include fluted stone wall cladding, a freestanding, glass-encased winter garden, and a display window area where local artist exhibitions are featured on a seasonal basis. The store’s color scheme of serene tones and textures exudes the brand’s characteristic aura of refinement, comfort, and tranquility.

Loro Piana’s novel retail concept was featured in the January 2021 edition of VOGUE Business magazine in the context of an article on «The future of physical retail». The article can be accessed at the following link 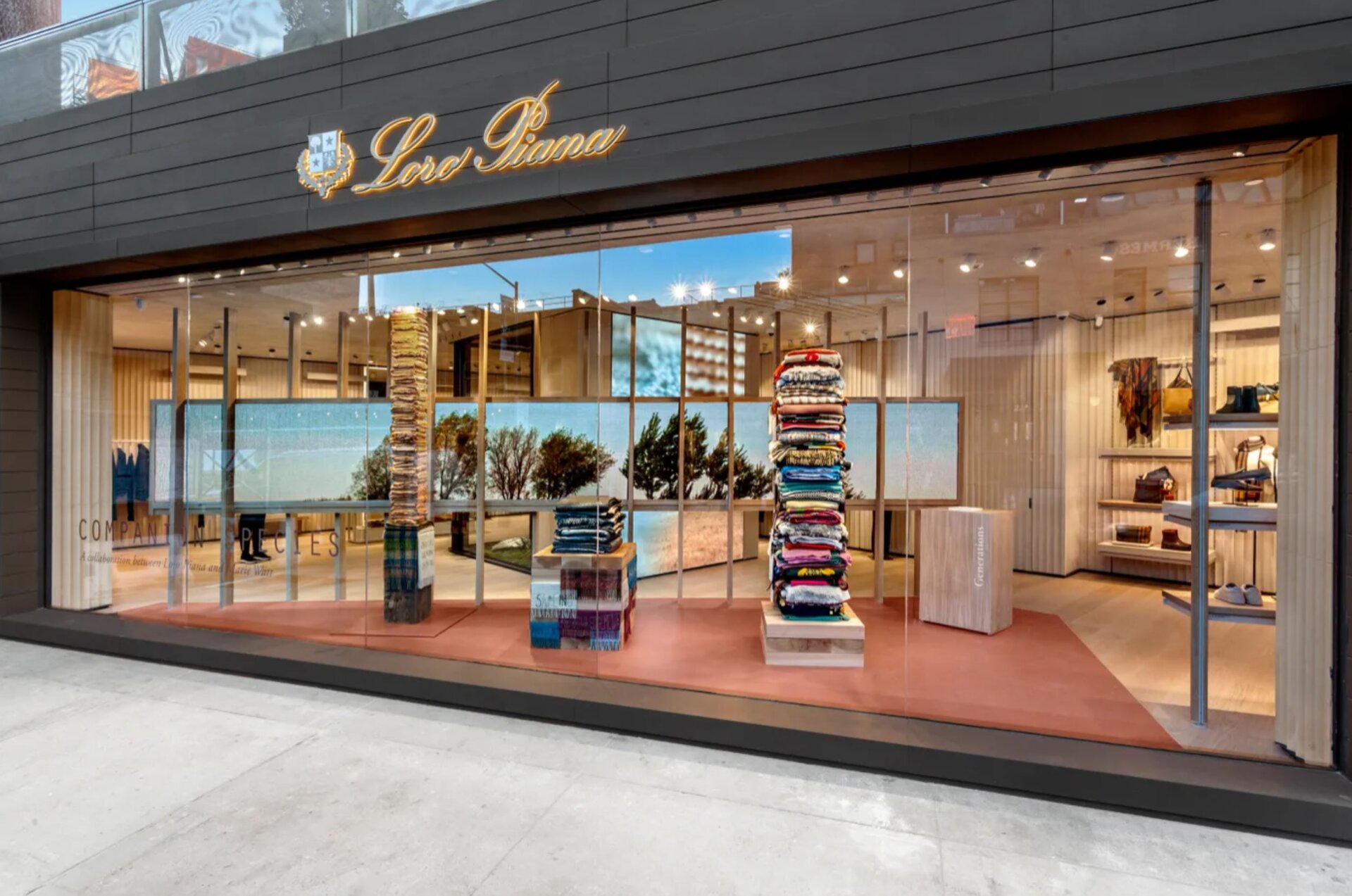