LiDAR, an idea from the 30’s which surfaced in the 60s and evolved from application in aeronautics to daily life activities such as autonomous driving, enhanced photography, and the smartphones of today.

It was in 1930, almost a century ago, that Edward Hutchinson Synge (1890 – 1957) had the idea of measuring distance by light beams with the use of searchlights to study the structure of the atmosphere. In 1938, light pulses were used to measure the heights of clouds. Today, that technological concept, is explored across a gamut of new possibilities such as driving automation, robotic real time location, photography, topography, forest inventories, and land surveying, among others.

The word LiDAR is derived from light detection and ranging. It is a technique for determining the distance to an object by transmitting a laser beam, from a laser scanner, at the object and measuring the time it takes for the light to return to the transmitter. The distance from the scanner to the object is equal to one half of the time between transmission and receipt of the pulse, multiplied by the speed of light (d= 1/2tc).

LIDAR is closely related to RADAR (Radio Detection and Ranging). RADAR was first successful in 1904 when Christian Huelsmeyer (1881 – 1957) used an antenna, a receiver, and a transmitter to detect objects at sea so that ships could maneuver to avoid collisions.

While LIDAR was invented soon after the first lasers in the 1960s, it was predominantly developed for terrain mapping in the fields of aeronautics and aerospace. Aerospace applications of LIDAR did not appear until the 1970s, most notably on Apollo 15 retroreflectors and subsequently on exploratory spacecraft, developed by NASA. Commercial and consumer applications did not become commonplace until the late 1980s.

That said, it was not until the late 1980s when GPS (Global Positioning System) became available for public use and was coupled with inertial measurement units (IMUs), that LIDAR became a viable and potently accurate tool for scientists. By the mid-1990s, LIDAR scanners could produce 2,000 to 25,000 pulses per second and were being used mainly for topographic mapping of the earth’s surface. 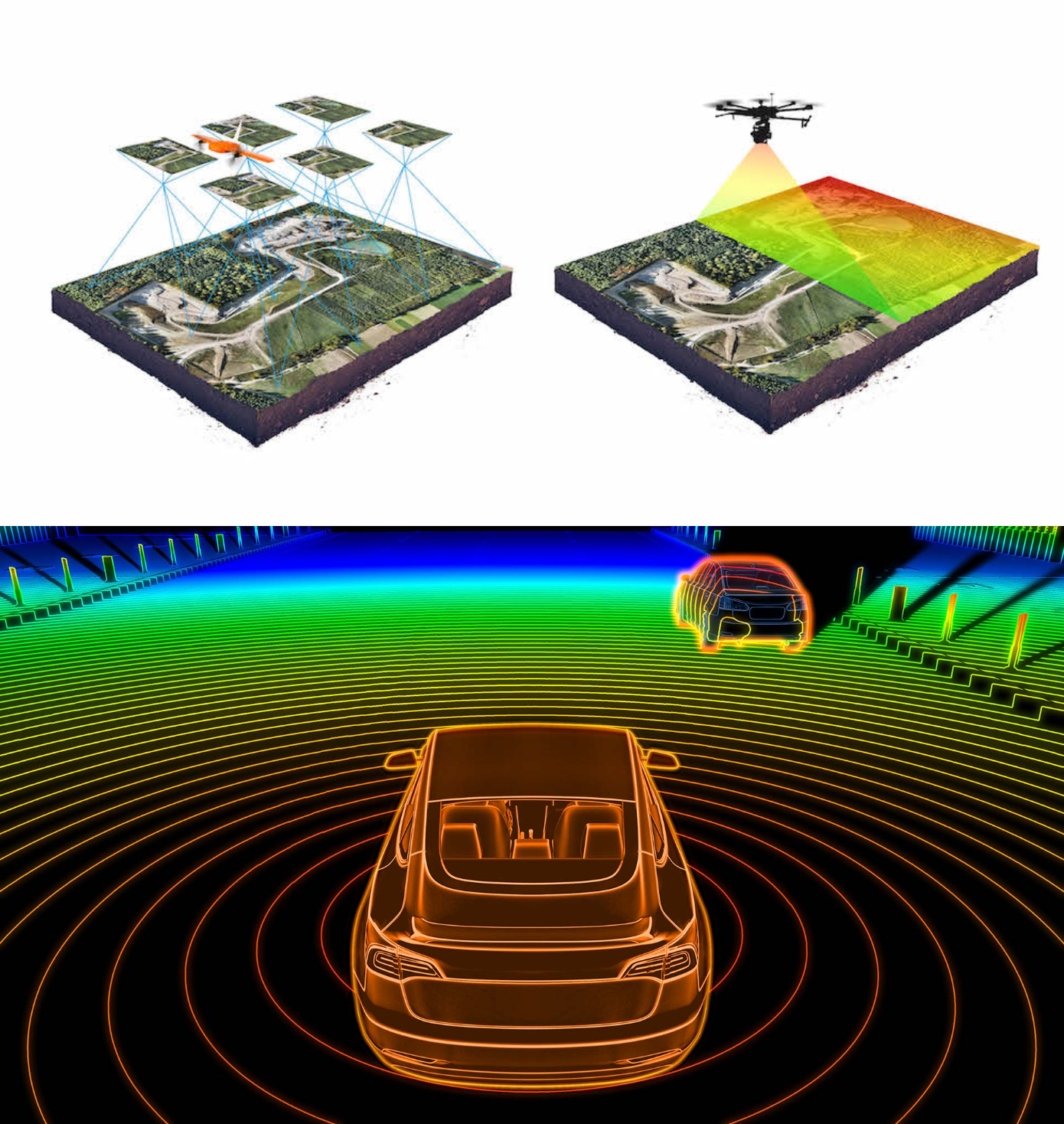 This technology, although primitive in comparison to what is available today, allowed governments to plan roads and enabled surveyors and construction companies to locate optimal spaces for positioning buildings, especially in the context of uneven terrain.

By the mid-1990s, the first commercial LiDARs with 2,000 to 25,000 pulses per second were manufactured and distributed for topographic mapping purposes.

Today, up to 2 million data points per second can be generated within 4 mm accuracy. LIDAR technology has advanced to the point where objects can now be seen as never before, thereby resulting in many beneficial applications. It can be used to assess environmental hazards, such as lava flows, landslides, tsunamis, and floods, as well as to survey natural landscapes like watersheds and rivers. The technology has facilitated and enhanced City planning activities such as people and vehicle counting, rendered climate monitoring an easier undertaking, and introduced more innovative and environmentally friendly techniques in the fields of meteorology and mining.

In the last few years, SAJO has captured millions of square feet using LIDAR technology from the scanning of small commercial spaces to the survey of large building constructions. The incorporation of such technology into SAJO’s current workflow processes yields a seamless experience across the design and construction phases of any given project.

LiDAR technology is forever evolving as regards the development of more effective models for dealing with specific problematic dimensions such as size or weight, as well as for generating novel applications. In its pursuit of excellence and optimal performance, SAJO continues to adopt emerging leading-edge technologies which will enhance the accuracy, and quality of its projects as well as all its stakeholder collaborations and communications.