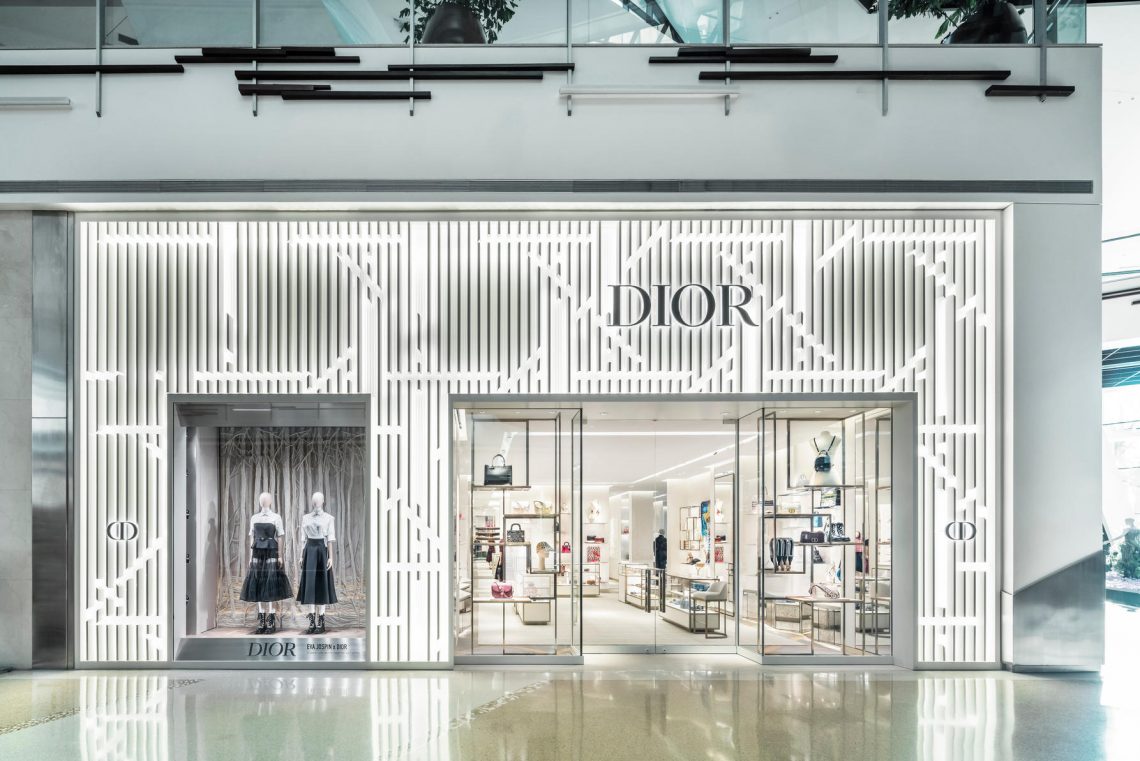 Dior at The Crystals in Las Vegas City Center

Since its inception in 1947, the House of Dior has elevated fashion to an incontrovertible art form. As a lover of art and museums, Christian Dior nurtured the ties between haute couture and artistic expression, generating the inspirational collections which have paved the way for celebrated exhibitions, across the world’s most prestigious museums.

From July 2017 to January 2018, thirty years after a previous Dior retrospective, Maison Dior celebrated its 70th anniversary with the exhibition, Christian Dior, Couturier Du Rêve, at Le Musée des Arts Décoratifs, in Paris. The exhibit showcased more than 300 haute couture gowns and dresses, created over its seventy-year history by Christian Dior and his successors-Yves Saint Laurent, Marc Bohan, Gianfranco Ferré, John Galliano, Raf Simons and most recently, Maria Grazia Chiuri. The exhibit’s multiple galleries were punctuated by art objects, furnishings, and paintings, set alongside fashion photographs, toiles from the atelier and countless archival sketches and documents, conveying a universe of enchantment and the fashion house’s affinity with the world of art. 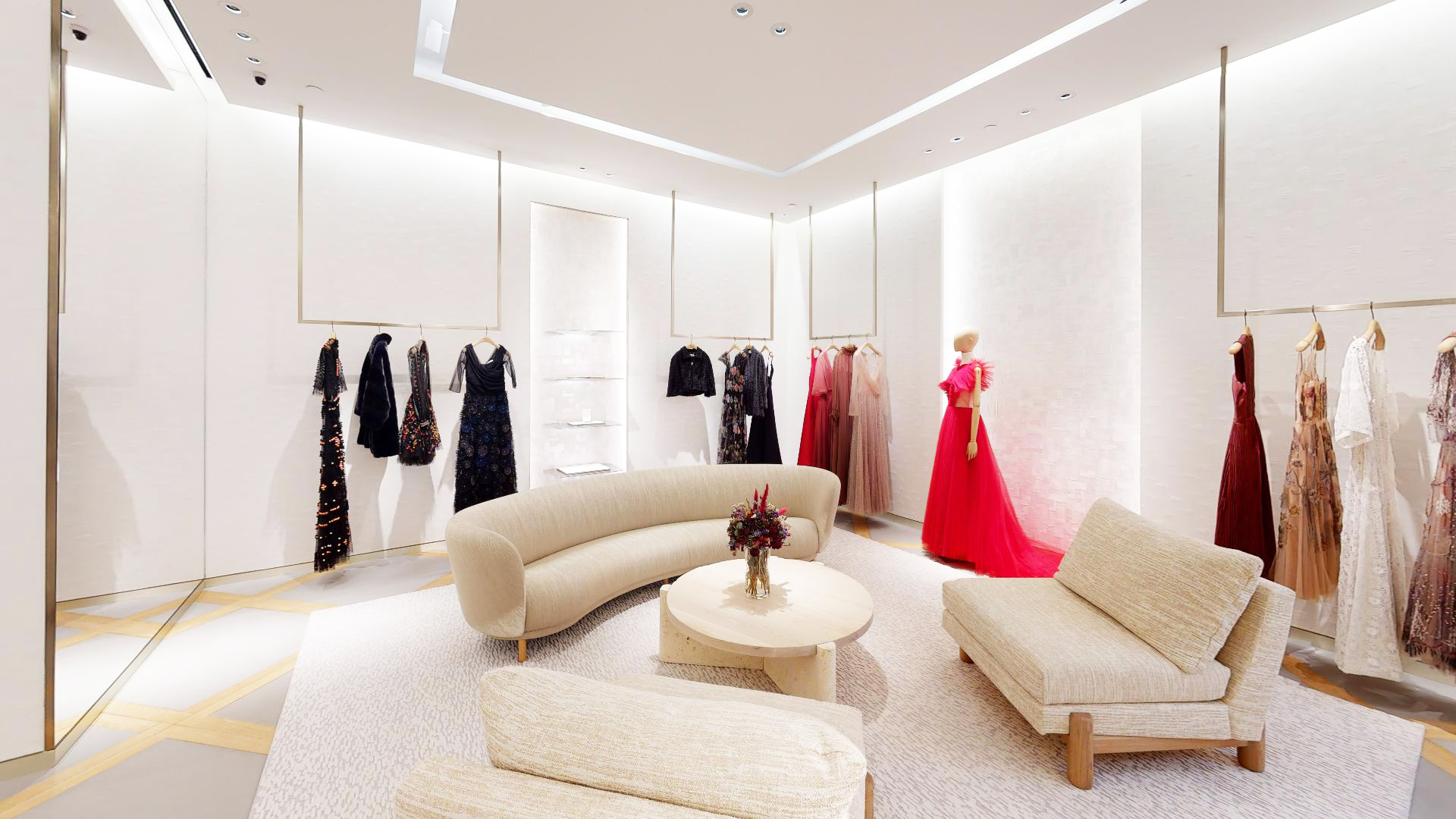 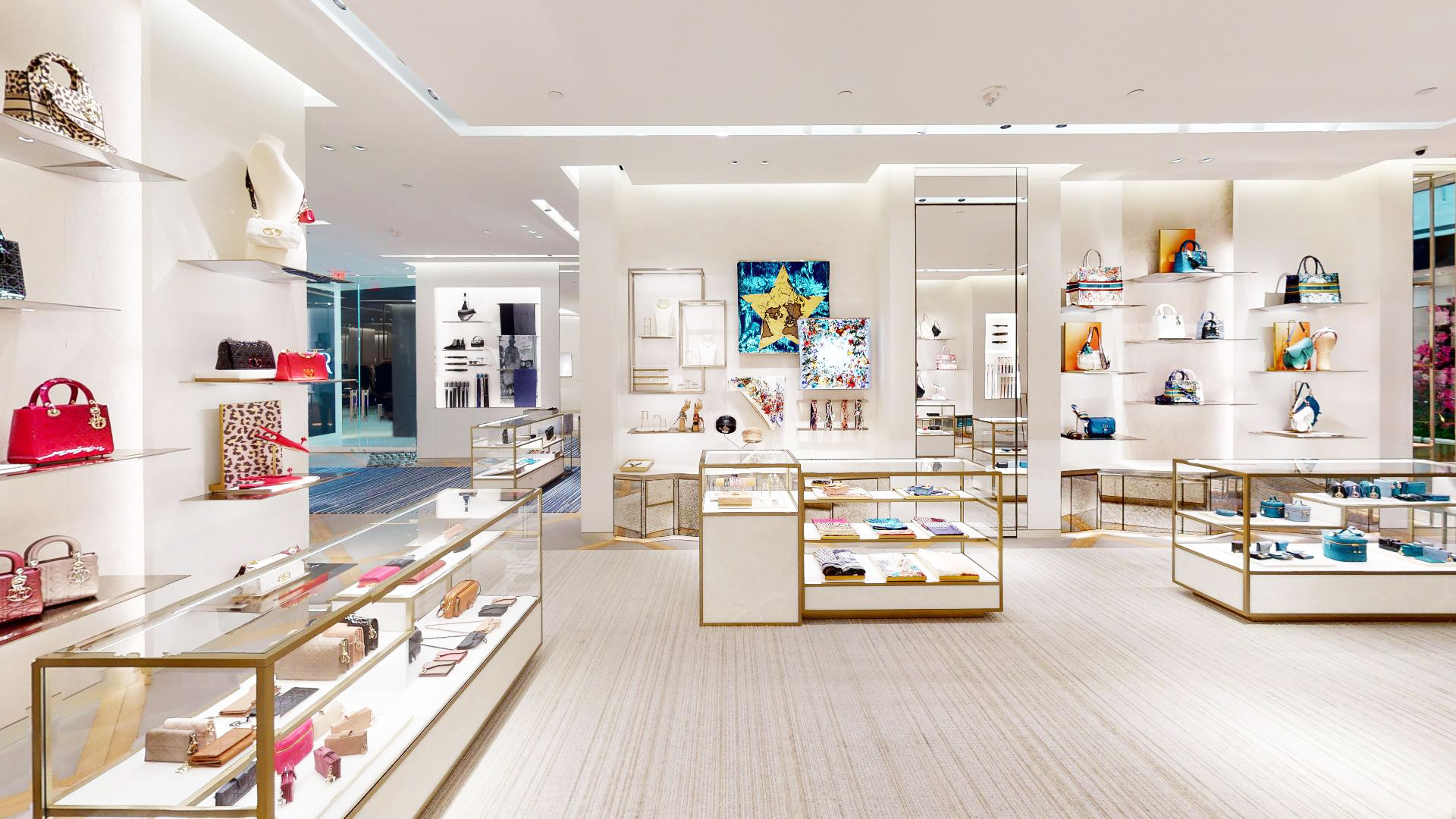 The blockbuster success of the Dior retrospective, led to it becoming a travelling exhibition hosted by world-renowned museums. From February 2019 to September 2020, it was presented at London’s Victoria & Albert Museum. In 2020, it travelled to the Long Museum West Bund in Shanghai, and in 2021 to the Museum of Contemporary Art (MoCA) in Chengdu, China. The New York City premiere of the exhibition was hosted at the Brooklyn Museum for a six-month period from September 2021 to February 2022. The exhibition was also selected as the inaugural event of the M7 Art Center, in the Qatari capital of Doha, in celebration of the brand’s 75th anniversary. In 2023, Christian Dior, Designer of Dreams will run at the Museum of Contemporary Art (MOT), in Tokyo, Japan, and continue to expand, from year to year, to new locations around the globe. 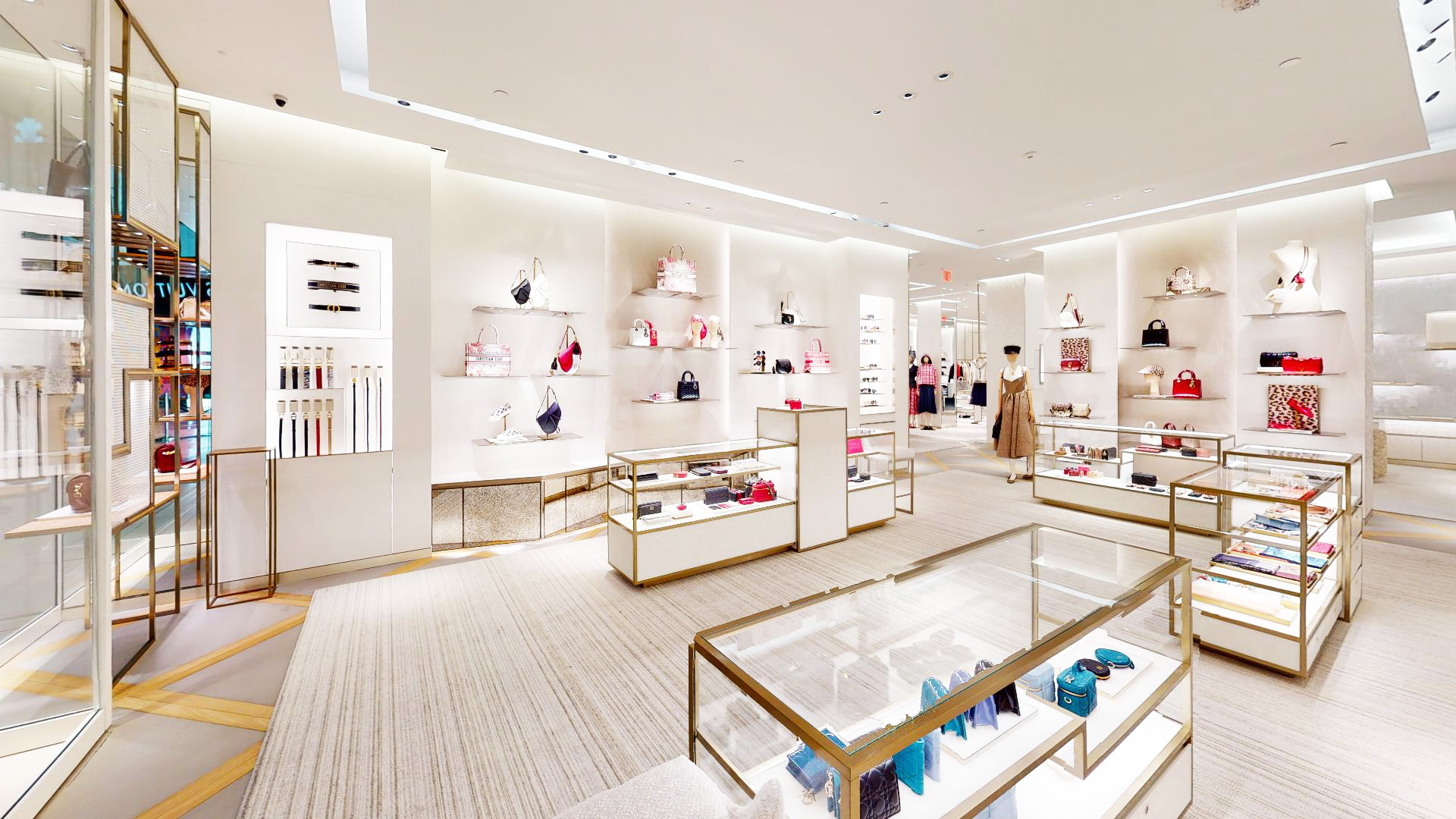 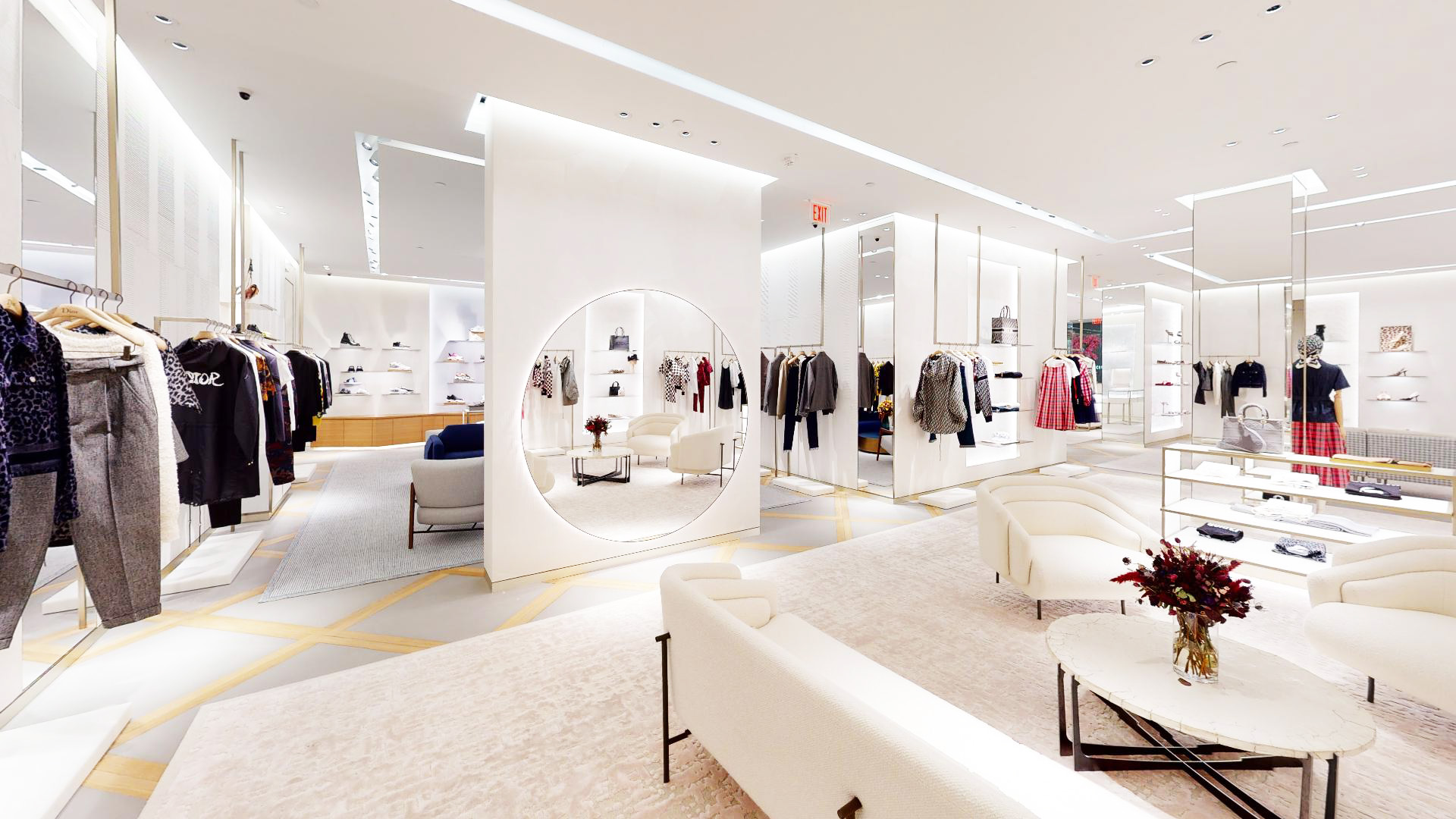 In keeping with its artistic heritage and tradition, La Galerie Dior, at 11 Rue François 1er,opened its doors in the spring of 2022 www.galeriedior.com . The museum houses room after room of stunning Dior collections as well as a three-story display of 452 miniature dresses and over 1,400 3D printed objects. The Dior gallery complements the recently expanded 100,000 square foot Paris flagship designed by New York-based architect Peter Marino. Located at 30 Avenue Montaigne, off the Champs-Élysées, the revamped space encompasses a full range of Dior products, an atrium with a restaurant and pastry bar, a mini-spa, and a sumptuous private suite which can be rented will all amenities. www.dior.com.

Christian Dior discovered New York city in 1947, impressed by the city’s architecture and skyline. In 1948, he opened his first American store on Fifth Avenue and 57th Street, akin to the style of the Paris flagship. To date Maison Dior counts 48 boutiques across the United States, with an upcoming 49th in 2023 in Tysons, Virginia. 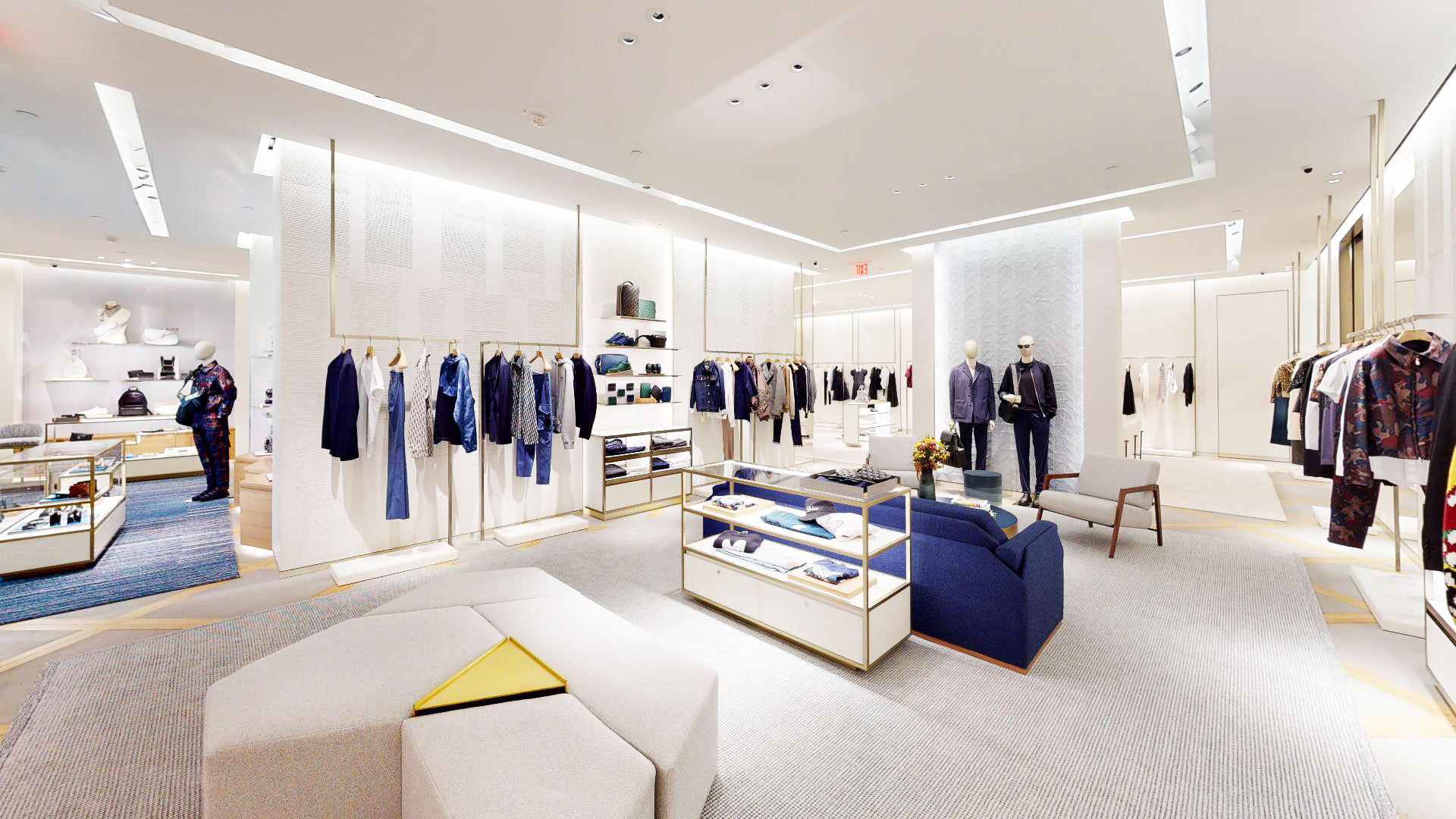 Over the course of 2018-2019, SAJO collaborated with the Dior fashion house team to build the largest Christian Dior flagship in North America, in Toronto’s Mink Mile. More recently, in 2021, over a period of twenty-four weeks, SAJO completed the Dior boutique at The Crystals in Las Vegas City Center, one of several in that municipality.

With the introduction and expansion of Dior boutiques from the mid-20th century onward, the legendary and artistic vision of the quintessential French couturier has permeated the landscape of American fashion and design, and redefined the hallmarks of beauty, elegance, and timeless style.