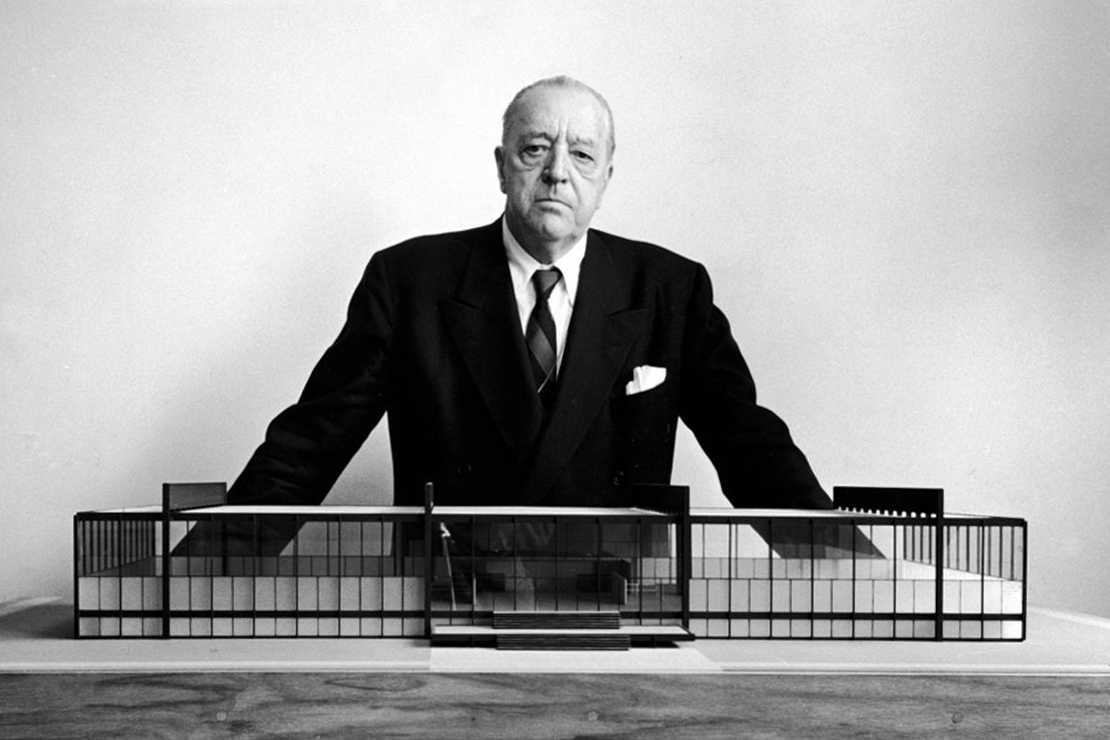 An Iconic German-American Architect. “Less is More”, “God is in the Details” and many Innovations will be Remembered

SAJO pays homage to Mies Van De Rohe father of Modern and International
Architecture. His approach in using modern materials such as industrial steel and glass were ground breaking.

Born in 1886, Ludwig MIES VAN DER ROHE is a German American architect, widely recognized as one the most influential architects of the 20th century and one of the pioneers and pillars of modernist architecture.

Mies van der Rohe’s deep-rooted belief that an architect’s works must express and reflect the essence of the times, led him to transform traditional architecture. His minimalist approach and simplicity define his architectural style of which the trademark features are rectilinear forms, translucent glass structures, open spatial configurations, and flowing continuity from interior to exterior surfaces. His famous maxim of «less is more», has undoubtedly etched an indelible impression on the form and spirit of architectural design.

The son of a stonemason, Mies van der Rohe worked in his father’s workshop and several design firms before moving to Berlin at the age of nineteen. From 1908 to 1912, he worked in Peter Behrens influential studio alongside the renowned modernists Walter Gropius and Le Corbusier and soon built his reputation as a designer of private villas for the social elite.

In 1930 he was appointed director of the Bauhaus, the avant-garde and seminal school of design, architecture, and applied arts, founded by Walter Gropius whose vision was to bridge the gap between art and the world of industry. Mies was its third and final director as the Bauhaus school, after 14 years of existence, was forced to close in 1933 under Nazi pressure.

In 1937, at the age of fifty-one, Mies van der Rohe emigrated to the United States where he settled in Chicago and became, from 1938 to 1958, head of the architecture department at the Illinois Institute of Technology (IIT). Apart from his prominent role as a progressive educator, he redesigned the Institute’s campus and built such iconic structures as Crown Hall, named a Chicago landmark four decades after its completion in 1956 and generally regarded as one of the great masterpieces of modern architecture.

Mies van der Rohe is best known for two fundamental architectural typologies.
The first is his low-level, horizontally oriented houses or pavilion typology of which the Barcelona Pavilion, Germany’s national pavilion for the International Exposition of Barcelona in 1929, is emblematic. Its sleek design, rich materials and tranquil open spaces made it an enduring symbol of modernism. Though torn down in 1930, it was reconstructed in the 1980’s, albeit with subsequent alterations and ultimately used as a meeting venue by leading artists and architects. 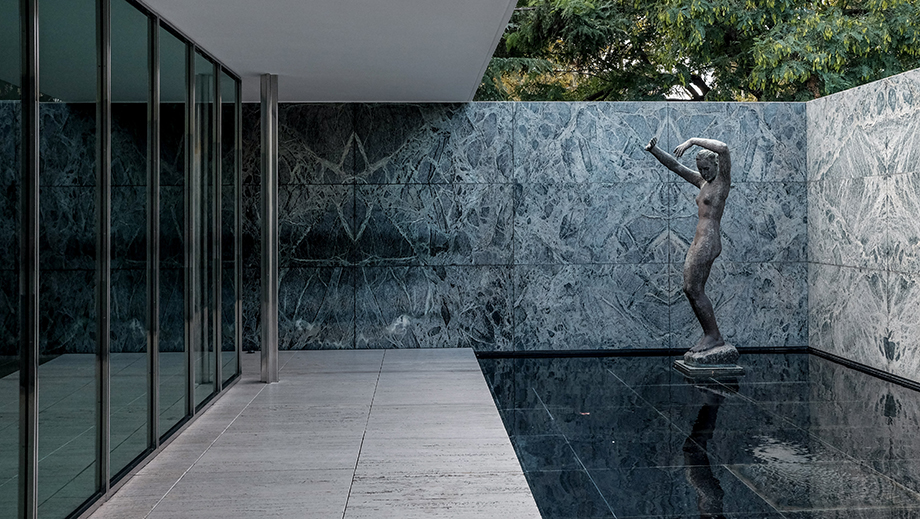 The second and perhaps most prominent architectural typology is that of the skyscraper which he described as “skin-and-bones” architecture due to its skeletal steel frameworks wrapped in large sheets of plate glass. Mies van der Rohe’s prototype of metropolitan architectural design was novel in its minimal use of industrial materials, its emphasis on space rather than mass, and its unparalleled aesthetic appeal. His foray into the design of skyscrapers began with his entry into the Berlin Friedrichstrasse Skyscraper competition of 1921, in which his avant-garde design of what was to be the city’s first skyscraper was an all-glass tower dominating the urban skyline. Though never to be built, the design was undeniably the blueprint for future modern iconic high-rises.

In recognition of his prolific body of work in his more than sixty-year career, his influence and international stature in the world of architecture, Mies van der Rohe was awarded, in 1960 and nine years before his death, the highest honor by the American Institute of Architects, the AIA Gold Medal.